Orange, the French mobile provider, just topped 10 million subscribers in Romania; they say it’s one of their most important markets, and they use it as a testbed for features that they will roll out elsewhere. Vodafone Romania, meanwhile, has over 9 million subscribers.

I know this because I was listening to Radio Romania’s international service this morning at 5:30 a.m. on the overnight service of CBC Radio.

I was up before the dawn to ferry Johnny, Jodi and Ava to the airport so they could fly home to Ontario for Christmas on the 6:00 a.m. Air Canada flight.

Getting up 3 hours earlier than usual made for a restless night, as I experienced alarm-missing-panic-disorder and woke up every hour on the hour. On the half hours I was woken up by the backup alarms of snow-moving equipment. And on the quarter hours it was downtown ruffians up to their eve eve antics — I recall someone yelling “Ronda…” at 3:45 a.m. down Prince Street.

Given all the effort I’d gone through to get up early it seemed like a shame to just go back home and sleep some more, so I recalled that Wal-mart was opening 24 hours a day during the holidays and my attraction to novelty overcame my Wal-mart aversion and I swung Johnny and Jodi’s crumbling headlight-less Chevy Blazer over to the mall to do some last-minute Christmas shopping. I expected half a dozen others to be there; I found the parking lot filled with a hundred cars and the store bustling with pre-Christmas consumer energy. 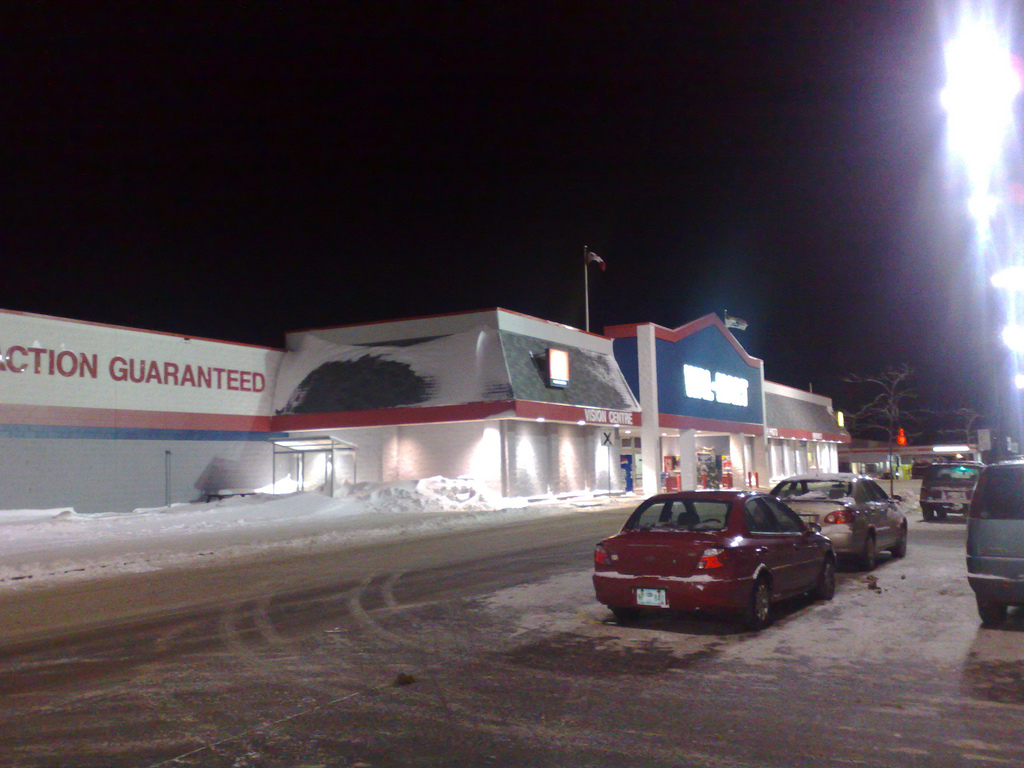 Going to Wal-mart alone before the sunrise allowed me to heed Catherine’s emailed advice from several weeks ago:

And for my stocking remember to keep this from Oliver (i.e. do not go shopping for any Santa things with Oliver).

This came, I presume, in reaction to last year’s debacle where I did go shopping for Catherine’s stocking with Oliver, which required some last-minute “um, Santa shops at Shoppers Drug Mart too!” explanations.

By the time I got home it was still only 6:30 a.m. and everyone was still asleep, so I hidden the Wal-mart proceeds away under a blanket in the corner and headed off to the office, stopping at Beanz to grab a coffee and a muffin on the way.

As I write this I’ve been up for three and a half hours and it’s still not daylight yet.