The first is strictly geographical, with the land area of each constituency accurately represented on the map: 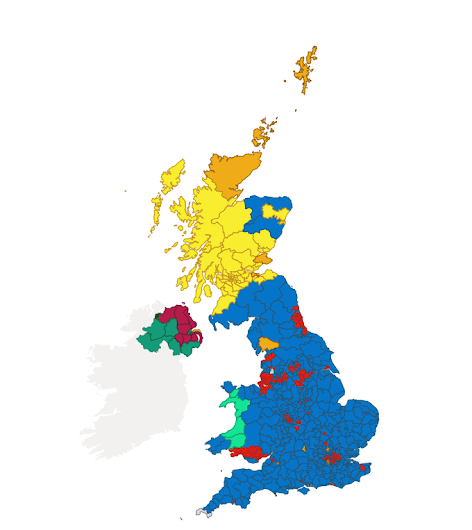 By flipping a switched at the bottom of the map you can see the same results rendered as a “cartogram,” which presents each constituency as the same geographic size, located in roughly the relative area of the country, but not geographically accurate: 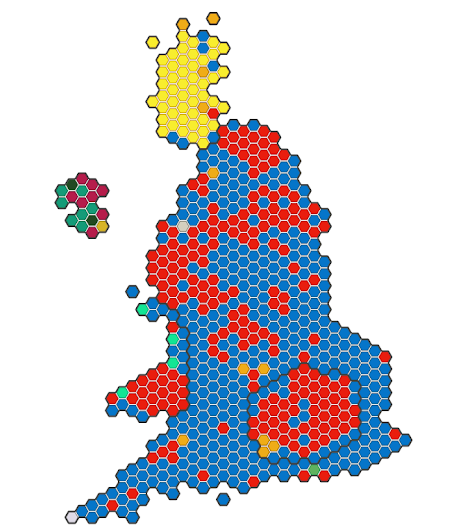 The Guardian presented a similar treatment, with each constituency the same size, but presented in a more malleable, and thus more familiar form: 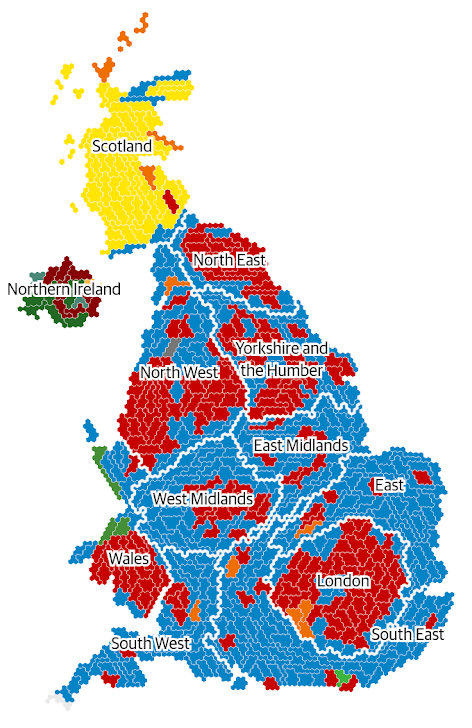 Because of differences in population density, the two approaches tell very different stories.

The Electoral Cartogram of Canada website presents a similar treatment for the 2019 Federal Election here in Canada; in this case, because of higher MP-to-population ratio in places like PEI, the Island has an outsized appearance.