Vernacular Economics: How Building Codes & Taxes Shape Regional Architecture is an interesting treatise, from 99% Invisible, on how tax policy can shape the built environment.

Reading the article brought to mind a visit I made in the late 1980s to the decaying shell of the once-grand Capitol Theatre in the heart of Port Hope, Ontario.

I was very interested in movie theatres at the time, thinking, if memory serves, that I might open one of my own at some point. This interest led me to travel down the road to Port Hope from Peterborough, where I was living at the time, to meet with Rod Stewart, a builder who’d acquired the Capitol and had plans to breathe new life into the theatre.

Rod took me through the entire building, shadows of its former self hidden, but not entirely so.

One of the things I remember him telling me was the reason for the theatre’s diminutive street frontage, a feature you can see very clearly in this contemporary street view photo: 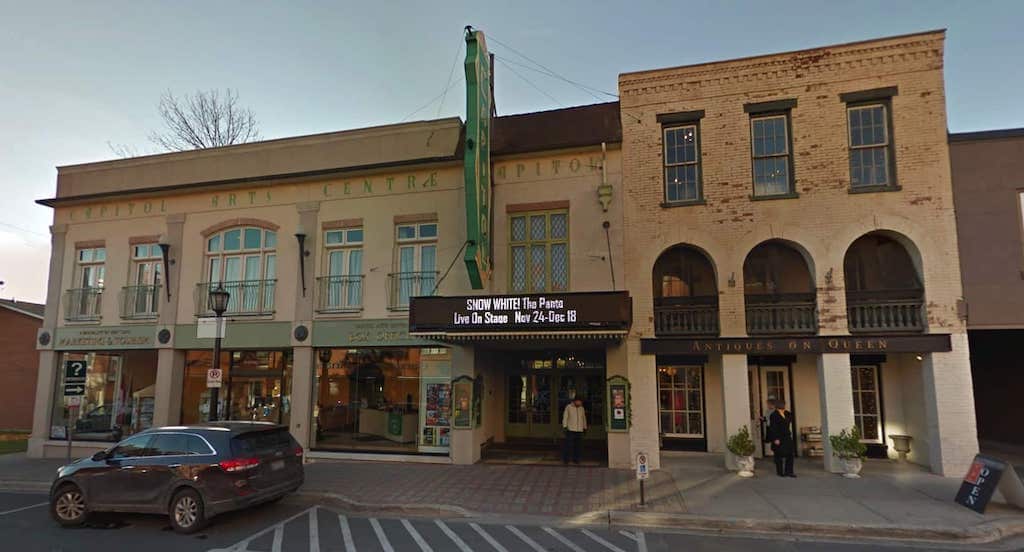 The original theatre entrance is as wide as the marquee, perhaps 3 metres across.

The reason for this, the Rod explained, was that taxation was based on street frontage, and if you were building a large facility like a theatre, you could game the system and build an entrance with limited frontage leading to a large theatre in a back lot. Wikipedia confirms this:

Common in theatre design at the time of the construction of the Capitol Theatre was the layout of a small entrance frontage and a long narrow lobby with the auditorium opening out behind street-front stores. This was because taxes were based on street frontage, land for the larger auditorium was cheaper on back lots and a long narrow lobby connecting the entrance to the auditorium worked well for ticket line-ups. as a theatre built exclusively for talking pictures, it had a small stage, low rake to the floor, no back-stage facilities, a minimal number of washrooms and limited lobby space.

The restoration of the Capitol was subsequently taken over by a foundation, and it reopened in 1995 and has been running ever since as a venue for film, performance and live theatre.