While I might hold out myself to be an “adventurous” eater, my sense of adventure tends to be tempered by my borderline vegetarianism. I’m neither an ethical (“eating animals is bad for animals!”) nor a healthful (“eating animals is bad for you!”) vegetarian: I’ve simply never really enjoyed meat as a food. And so, most of the time, I don’t eat it.

In Ukraine it quickly became apparent that “vegetarian” was more of a witty anecdote — akin to “I’ve never liked the earlier Shakespearean works” — than a valid lifestyle choice, and, wishing to fit it to the Ukrainian milieu as much as possible, I resolved to be more liberal in my tastes, even if it did mean eating creatures I was unaccustomed to. Like: 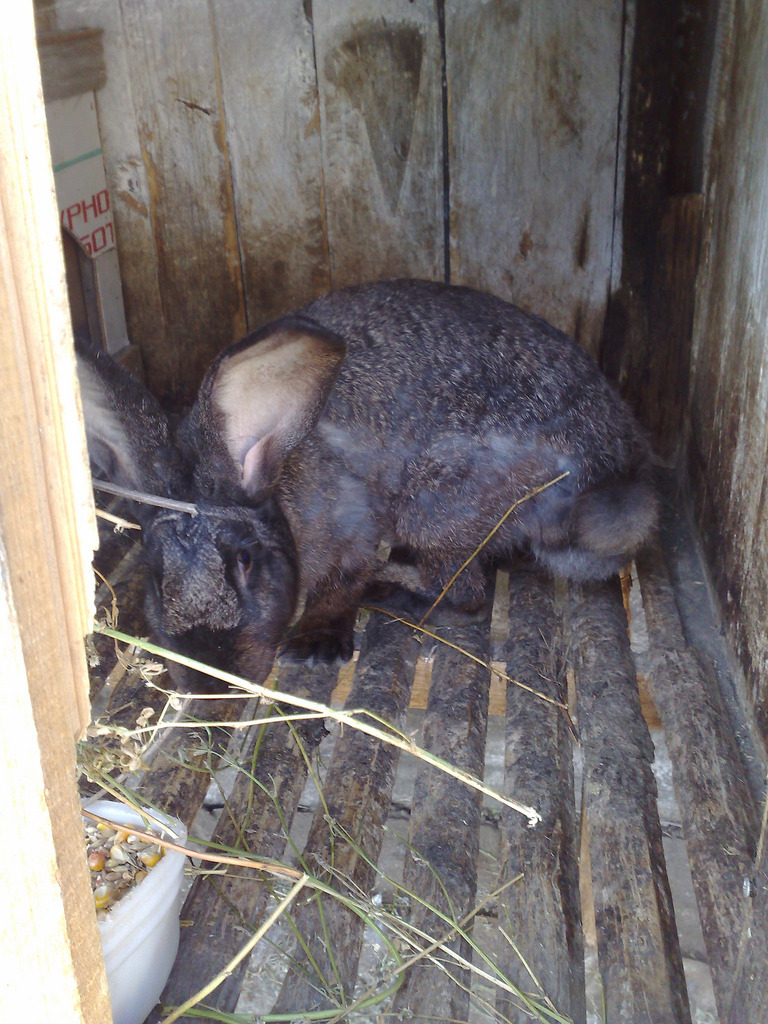 I’m pretty sure I ate this fellow’s legs. Or, at the very least, the legs of a close relative. For breakfast. Like this: 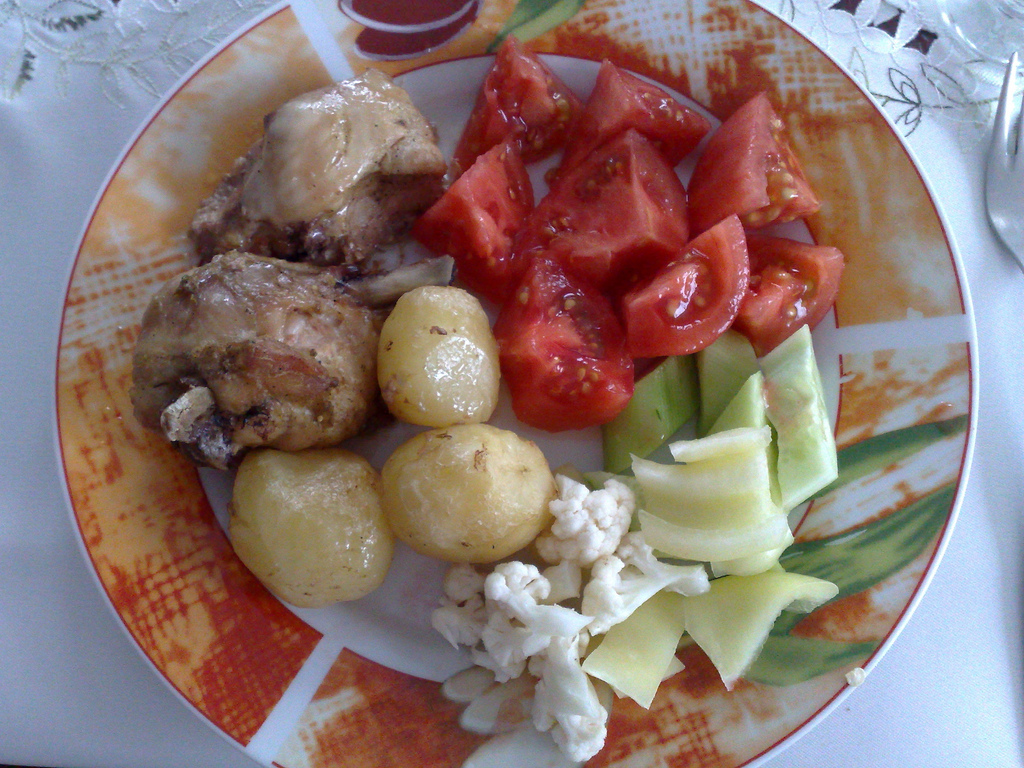 And his legs were pretty tasty. Indeed, after the second or third meal of rabbit legs I sort of looked forward to it. Even if the family was hopping around their cages just outside my bedroom window.

As it turns out, contemporary Ukrainian food — and realize I’m speaking here not of “everyday” food but more of “food you serve to relatives from Canada who haven’t been heard from in over 100 years” food — is a mixture of the food I remember my grandmother cooking (perogies, cabbage rolls, potato pancakes) with an interesting mix of things I’d never had before (or only had when Sergey was here cooking for us last fall). Like tsvikli (a relish made of beets and horseradish; very, very good), jellied meats (like it sounds: various bits of meat, in jelly; less an “acquired taste” than an “acquired conceptual approach”), and lots and lots and lots of borscht (eaten for breakfast, lunch and supper and universally excellent).

The thing I learned early on in my Ukrainian visit was “if you think the meal is over, you are wrong.” There’s always another course.

The first meal — the one we had at 10:00 p.m. after I flew in from Copenhagen — we had a huge first course of borscht, salads, bread, vegetables and more. Which seemed more than enough to tide me over until morning. And, once it was cleared away, the actual supprt itself was brought out. Followed by desserts and tea.

All of this led to the need to immediately develop hacks like “don’t eat to quickly; otherwise your plate will be refilled.” And a realization that “I’m full” is treated as a sarcastic remark meaning “I’ve hardly eaten anything; please bring more.”

Food, in other words, is taken very seriously in Ukraine: almost everything I ate over 8 days was freshly prepared from a nearby garden or butcher or fish market, and it was prepared, presented and eaten with a sort of “this may be our last opportunity to eat to for many weeks, so let’s do it well” reverence.

This applied not only to food prepared and eaten at home, but also on the road: several times I witnessed the careful and thorough consideration of menus in restaurants, with significant intra-family negotiation about what would be ordered, extending over 10 or 15 minutes, before an actual order was presented to the server. Like I said, it’s serious business.

I ate well in Ukraine, and my conception of what to eat, and how much to eat, and when to eat, and with what attitude to eat may have been permanently altered.