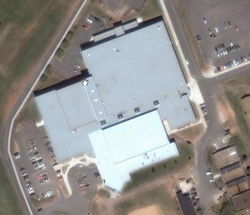 To the untrained eye, the CARI Complex and the UPEI Sports Centre would seem to be the same facility. After all, they are housed in the same building on the campus of the University and both involve athletic endeavours.

And thus you might think that after an exhausting run on the treadmill, or a punishing game of basketball, you might cool off with a bracing swim in the pool, and that you’d do this simply by walking through the door parked “Pool” in the locker room.

But there is no such door.

The two facilities are completely separate.

So if you, naive member of the public, want to swim after a run you must get dressed, walk out of the Sports Centre and into the CARI door, pay another fee, go into another locker room, and so on.

Does this not seem crazy to anyone but me?

I assume things are as they are purely for reasons of administration and control: CARI was tacked onto the side of the Sports Centre with no thought of integrating its operations into the Sports Centre because those making the design decisions decided to have recreational infrastructure recapitulate bureaucratic infrastructure (the UPEI Sports Centre is run by UPEI; CARI is controlled by a non-profit Board of Directors).

Oh how much more useful a facility this would be if some systems thinkers had intervened at the beginning of the CARI planning process and suggested that a single door through which we could all walk, pay, and recreate would the smartest way to proceed. Now it’s too late: the design flaw is frozen forever in concrete.

The pool and 2-rink facility should have been designed and built onto the Chi-wan Young Sports Centre as an integrated complex.

The idiots and ninnies at the City of Charlottetown, Town of Stratford and Town of Cornwall and a few other municipalities, along with the provincial government were all hot and heavy and panting to trip over themselves in a rush to build a “Wellness Centre” a few years ago. Heck, there was the golden money bucket at the end of the rainbow …. er federal dollars available.

But where oh where to put it? Charlottetown couldn’t stomach it being outside the city, Stratford and Cornwall threatened to pull their minuscule contributions. And once everyone decided on UPEI, these municipalities couldn’t stomach the thought of having it as an integrated facility.

So we have the stupid useless-as-tits-on-a-bull approach that pervades EVERYTHING that government does on PEI. The minute someone sneezes, the communications director and chief of staff in the Premier’s Office or the Mayor’s Office goes into a panic. Almost the same way that a pedestrian just has to arch their eyebrow at the snail’s-pace traffic on a street in Charlottetown to have drivers stop and beckon you to jaywalk.

But I digress… CARI is the way it is so that they can keep unions from operating it. I have no problem with unions operating something, but the City of Charlottetown has a problem with unions in a really bad way. They have a half-dozen bargaining units for a fairly minor municipal unit with 100-200 employees. Each union carves out its little turf and protects it like a pit bull and the city caves every time. So to get around that, whenever new infrastructure is built or needs to be operated, it gets contracted out to avoid the pension obligations and union-entanglement.

And so the story goes.