There are, it turns out, two places in New England named Salem, one in New Hampshire and one in Massachusetts.

I learned this on Saturday morning when I woke up in the wrong one.

My plan for the day was to attend a book sale at the Museum of Printing in Haverhill, Massachusetts.

On Friday morning when I took a cursory look at a map of New England–Yankee Publishing, as you might imagine, is bursting with maps of New England–I saw that Salem was nearby and thought “oh, that’s interesting, I’ll spend tonight there.”

And so I booked myself a room at the Merchant Salem, a smart looking hotel downtown. On Friday afternoon I dutifully followed Google Maps’ driving directions to Salem, arriving around supper time; a night of merriment ensued.

On Saturday morning I woke up, had breakfast, and then asked Google Maps to take me to the Museum of Printing.

Which, it turned out, was not just a hop, skip and jump next door, but rather nearly an hour’s drive north. Near the other Salem. The one in New Hampshire.

This map illustrates Salem, NH (in green) versus Salem, MA (in red) versus the Museum of Printing: 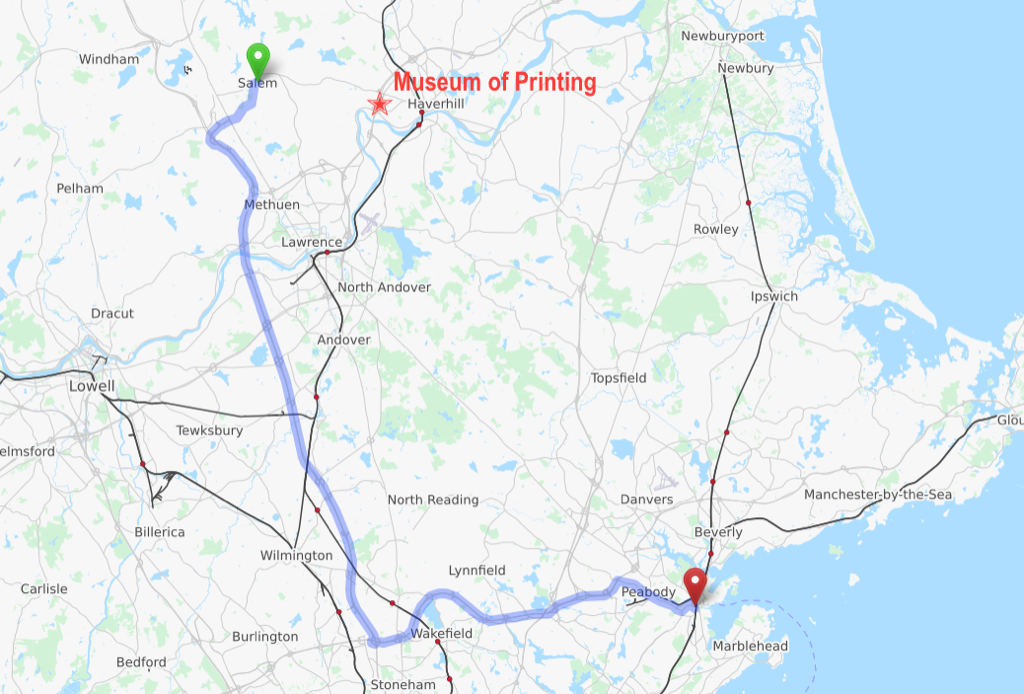 The error of my ways was twofold.

First, I reasoned, naively, that if the Museum of Printing was in Massachusetts, then I should–obviously–stay in Salem, Massachusetts.

Second, I paid no heed to ground truth, instead relying entirely on Google Maps to route me around. And thus developing no “lay of the land” that would have shown me immediately the error of my ways.

Fortunately, the only penalty for my foolishness was driving an extra hour up and and extra hour back. I enjoyed the Museum of Printing nonetheless. And maybe even a little more for the effort.

The museum, since my last visit in 2011, when it was located in North Andover, has relocated to a smart new location in Haverhill.

The book sale was, as it turned out, poorly attended, and for most of my visit I had the room to myself: 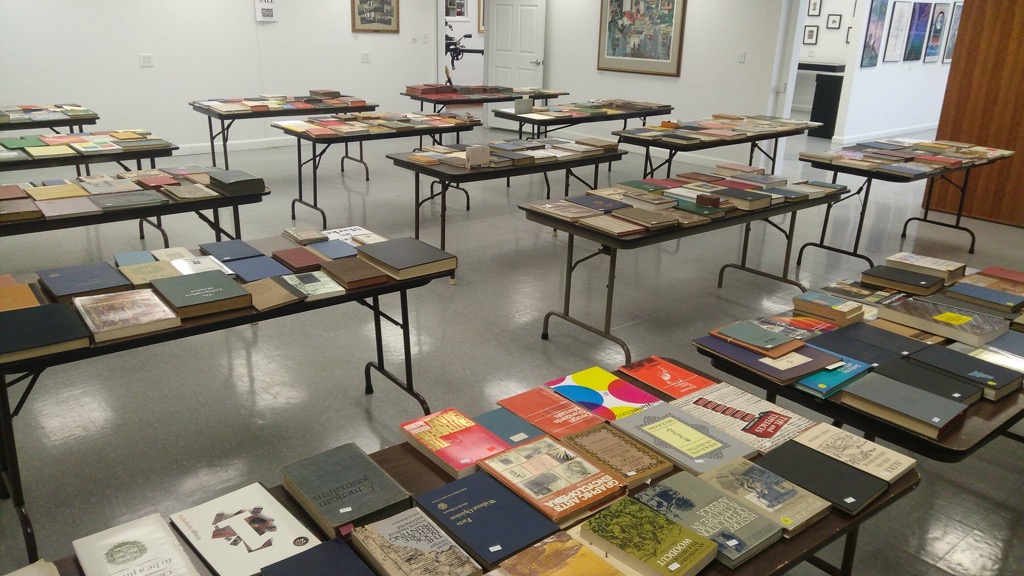 The books on offer ranged from type catalogues to biography to books that were simply examples of fine printing. There were an uncommon number of books about Benjamin Franklin, and almost as many books about Gutenberg, not surprising given the Boston birthplace of the former and the historic contributions of the later to the printing trade.

Another New Englander, at least for a time, was Frederic Goudy, type designer and printer, whose Village Press was, from 1904 to 1906, located in nearby Hingham, Massachusetts. Goudy is well-represented in the museum proper, with a collection of his books and papers, including this sketch of his personal monogram: 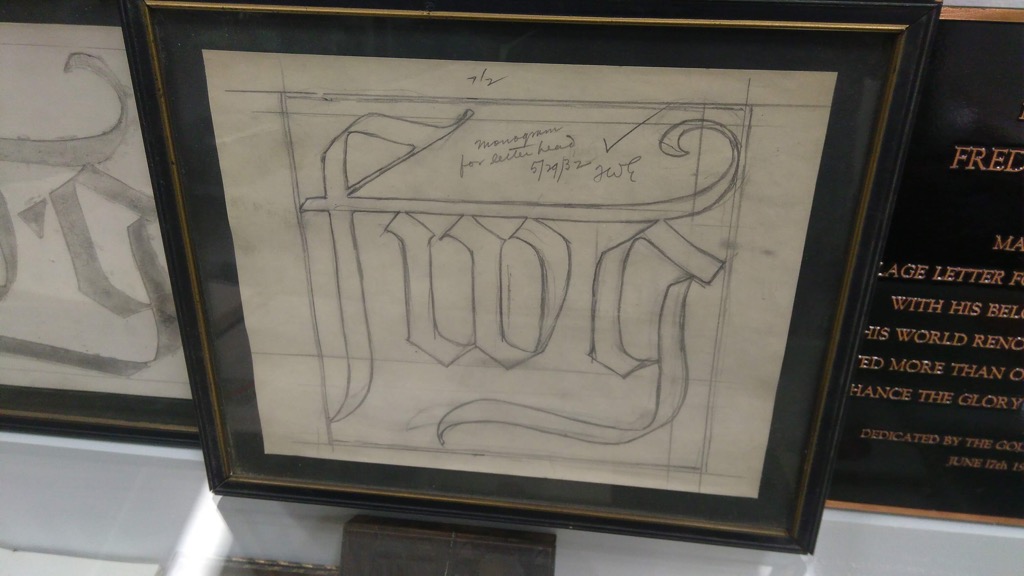 Goudy was also well-represented in the book sale and, as a longtime Goudy fanboy, this made me happy. And allowed me to return home with several Goudy-related items in my satchel.

The first was this book, Type Design, a 1961 edition produced by The Press of the Good Mountain at the Rochester Institute of Technology. 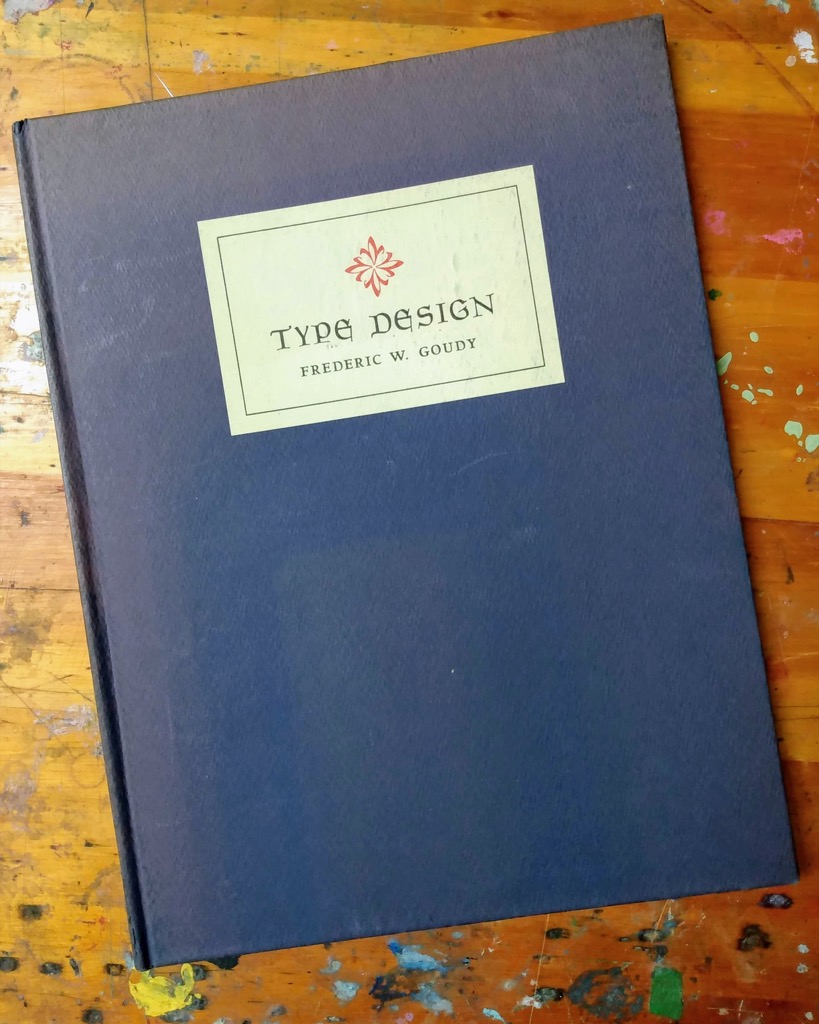 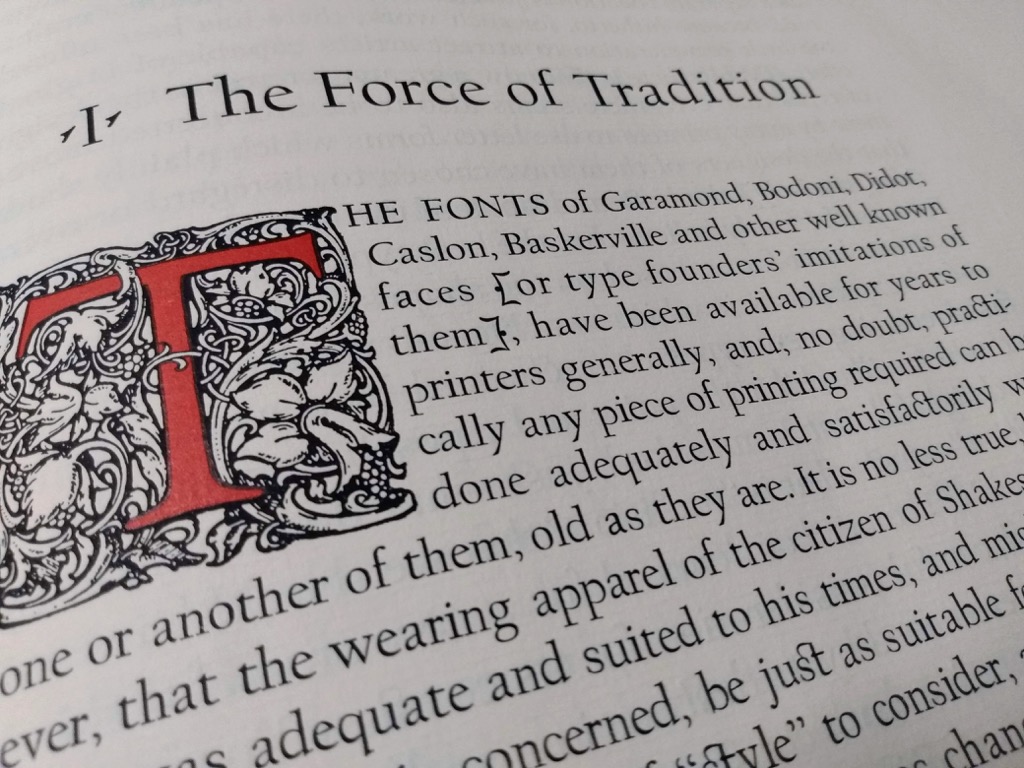 The book is set in Goudy’s Medieval and Californian typefaces and  100 were produced.

My next purchase was a book I appreciated initially because of this bookplate: 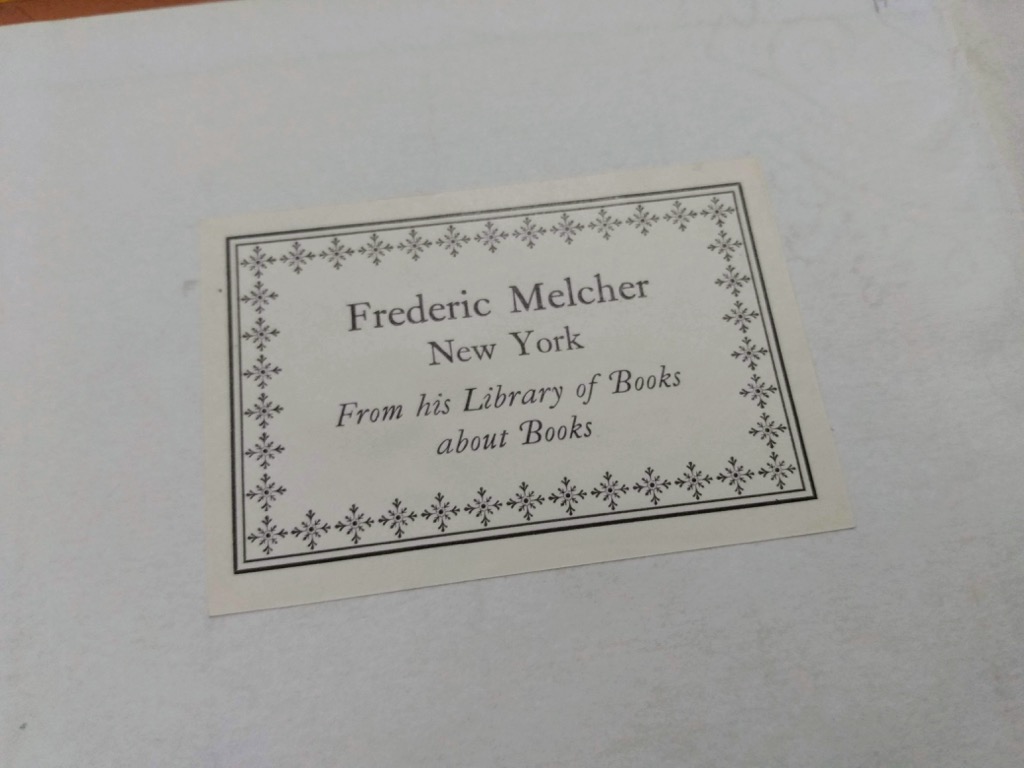 The idea that one would have a “Library of Books about Books” is delightful. When I purchased the book, The Dutch Claims to the Invention of Printing from 1928, I didn’t know anything about Frederic Melcher; he turns out to have been an estimable person who did, indeed, collect books about books:

A man who knew the insides of many books, he also cared about how a book is made, and encouraged graphic artists in the 20th century renaissance of American book design.

Mr. Melcher was a man who liked to put things in a historical perspective, and began collecting books about books almost as soon as he entered the business. More importantly, he encouraged young researchers and other scholars to use his collection in writing about book trade problems and history. He assembled noteworthy collections, too, in the fields of fine printing and children’s literature. As a personal publishing venture, he issued facsimile editions of several miniature books first published in Colonial America.

Much of Mr. Melcher’s accomplishment stemmed from a capacity to crystalize the essentials of an issue or an idea, and then, with infectious vigor, to impel groups of people to take action.

I only hope that some of that infectious vigor rides with the book.

The book is set in Nicolas Jenson, a face that, while no Californian, is lovely in its own way: 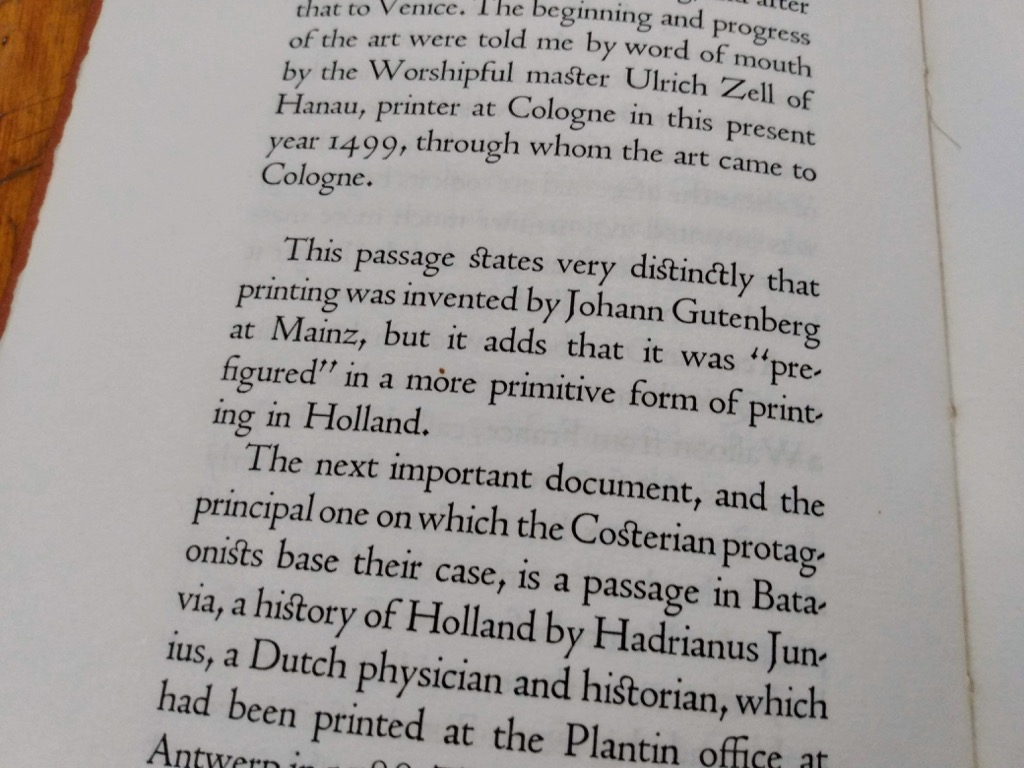 My final purchase from the book sale was a small book, priced at just $1, titled Fifteen Years of Bookbuilding, that jumped off the table at me for the craft that went into its creation. 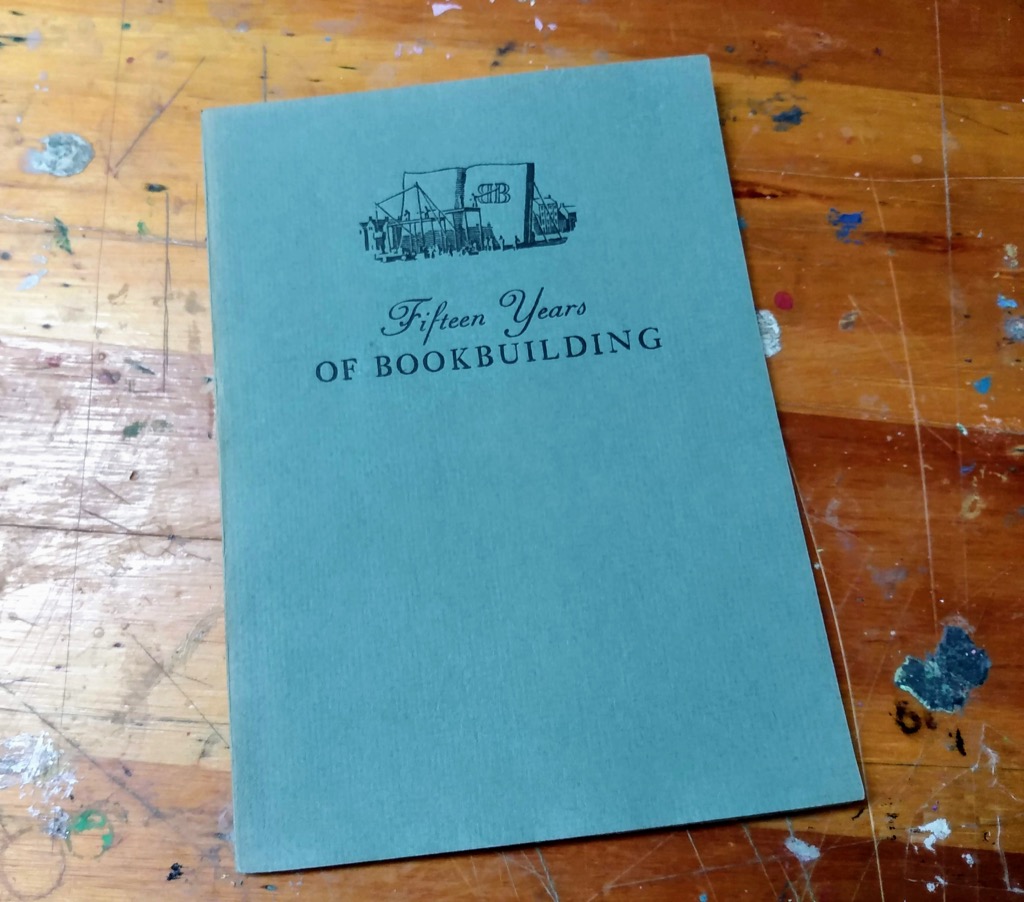 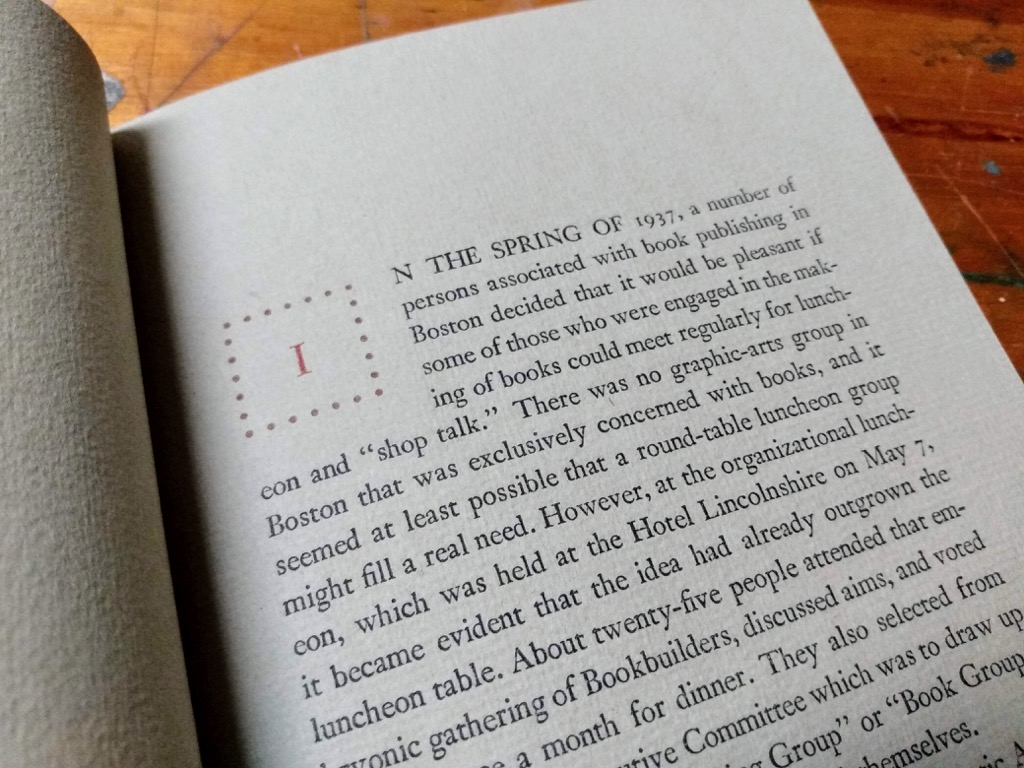 The book was produced in 1951 to mark the 15th anniversary of The Bookbuilders of Boston, an organization that, remarkably is still very much alive. The book was a group project, and is printed on very pleasant paper and is beautifully set in an uncredited typeface.

Once I’d spent 90 minutes in the book sale, I adjourned to tour the museum itself–an excellent overview of printing history, plus a printing workshop and a sizable library. I then finished my visit with a trip to the museum’s well-stocked shop.

My first purchase from the museum shop was this tiny, perfect font of type, on sale for just $16: 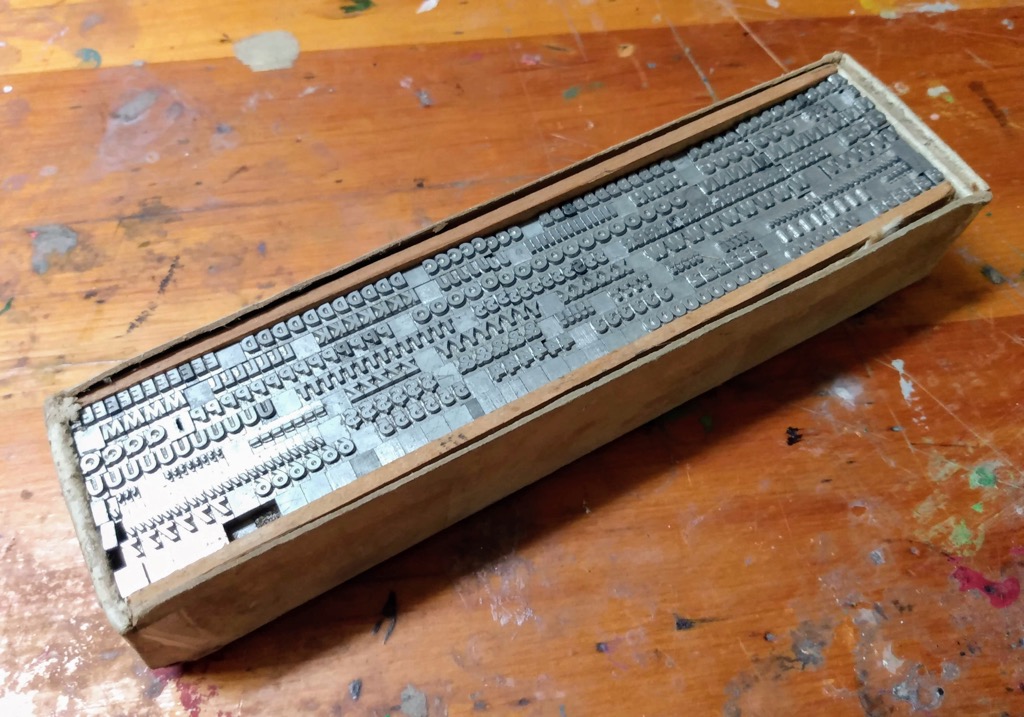 Purchasing this required that I bear the additional scrutiny that people carrying chunks of lead through airport security are subject to; as a result the package bore the branded tape of both the TSA and CASTA by the time I got home: 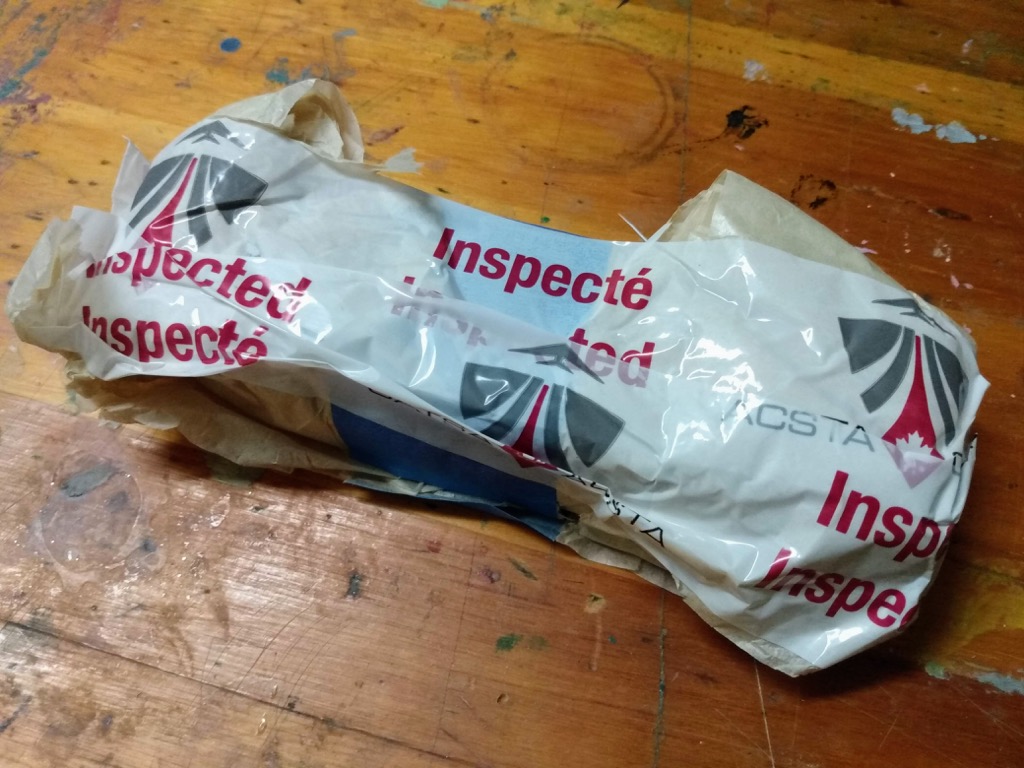 I’m happy to report that the agents from both agencies were careful and accommodating my requests to not spill the type, and it arrived home in good sorts.

In addition to the type, I found this letterpress cut from the Monadnock Region of New Hampshire, where I’d spent the week previous; it was only $5 and of course I purchased it: 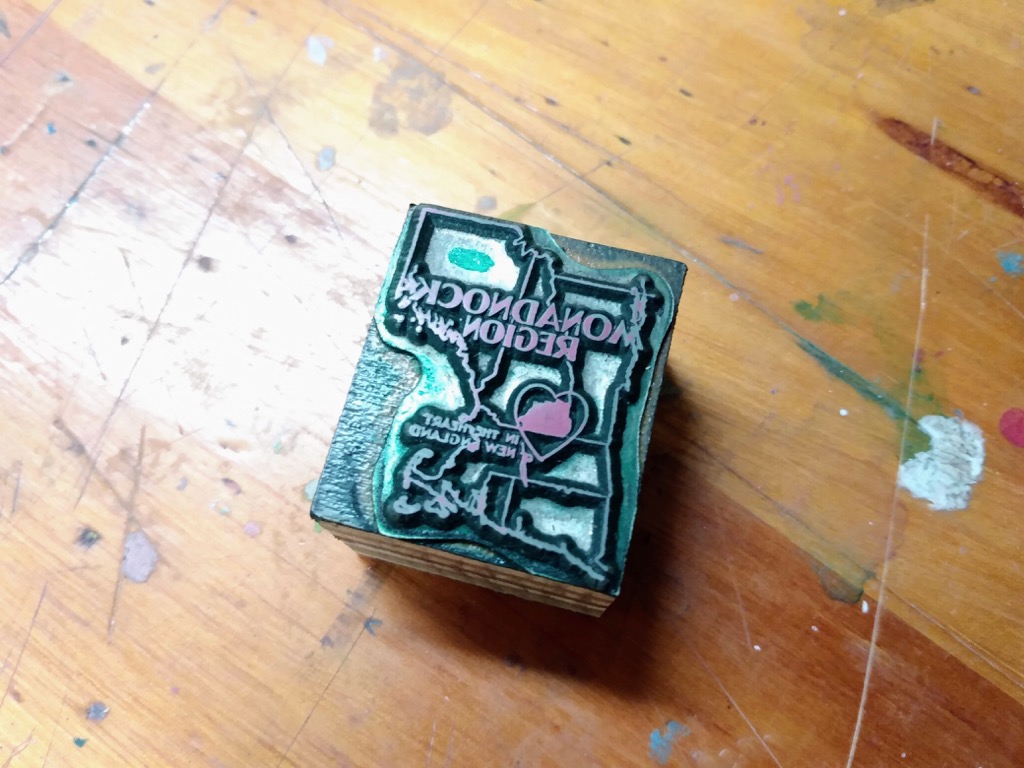 After two hours of shopping and browsing, I finished up my visit with a chat to the voluble and friendly volunteers at the front desk and bid farewell, happy that, despite having bunked in the wrong Salem, I’d found my way.

I made a similar Salem error a few years ago. I wanted to attend the Blues Brothers Review at the Flying Monkey in Plymouth, NH and Mayumi wanted to go on the evening walking tour in Salem. Easy, I thought, it's on the way, only to discover the Tale of Two Salems and that our schedule did not allow both. I went to the show, which was well worth it for any Blues Brothers fan. We have yet to visit Salem, Mass.

I'd like to see those new purchases and will call ahead the next time I'm in town, in hope of visiting. JS