I had occasion to rent a car twice over the last month, once in Boston for my trip up to Yankee and again this weekend to get Catherine, Oliver and I around Montreal. I both cases, as is my habit, I rented from Hertz (where apparently my loyalty has earned me “5 star status,” something I know only because I heard an agent walkie-talkie “we’ve got a 5-star in here waiting for a car”).

And in both cases I selected “Toyota Camry or Similar” from the Hertz website based on its inclusion in the “Green” collection of cars rated 28 Miles or more per gallon.

When I arrived in Boston, there was a Mercury Mariner SUV waiting in my assigned space. Not only is the Mariner not in the “Green” collection (it’s rated only 17-21 mpg depending on the model in 2007), but it’s a beast of a vehicle.

So I went inside to talk to an agent to see about getting a switch. After much fussing around — the issue seemed to be that they had no cars without the NeverLost GPS navigation system, which I hadn’t ordered — another agent was brought in and she asked me if I “minded a two-door.” I said that I didn’t, and she handed me some keys and told me which stall to go to. 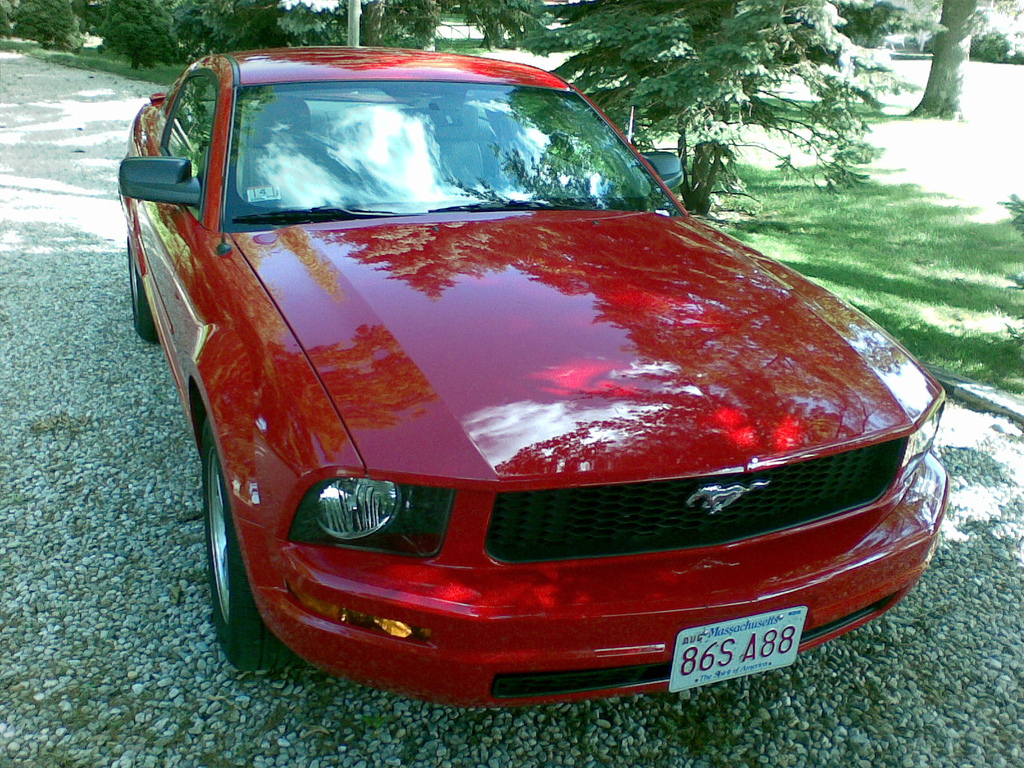 Waiting there for me was a Ford Mustang. Needless to say, the Ford Mustang isn’t in the “Green” collection either (it’s rated about 18 mpg). It’s also a horrible beast of a car: it’s uncomfortable, handles like a tank, has less oomph than my VW Jetta and telegraphs “I am an oaf” to all those around. Unfortunately I was in a hurry and in no mood to argue further, so I drove off in it.

By the time I’d driven down to Scituate and then back up to Keene, NH, I had already used a half tank of gasoline. Over the course of the week I used more gasoline than I’ve ever used on a trip to Yankee, and had to fill up twice.

On Friday when I arrived at Trudeau Airport in Montreal there was no car waiting for me at all, as I was 30 minutes early. There appear to have been no cars at all left at the airport for anyone without a reservation; fortunately I had one, and after a 15 minute wait I had the keys to a brand new Volvo V50 in hand: 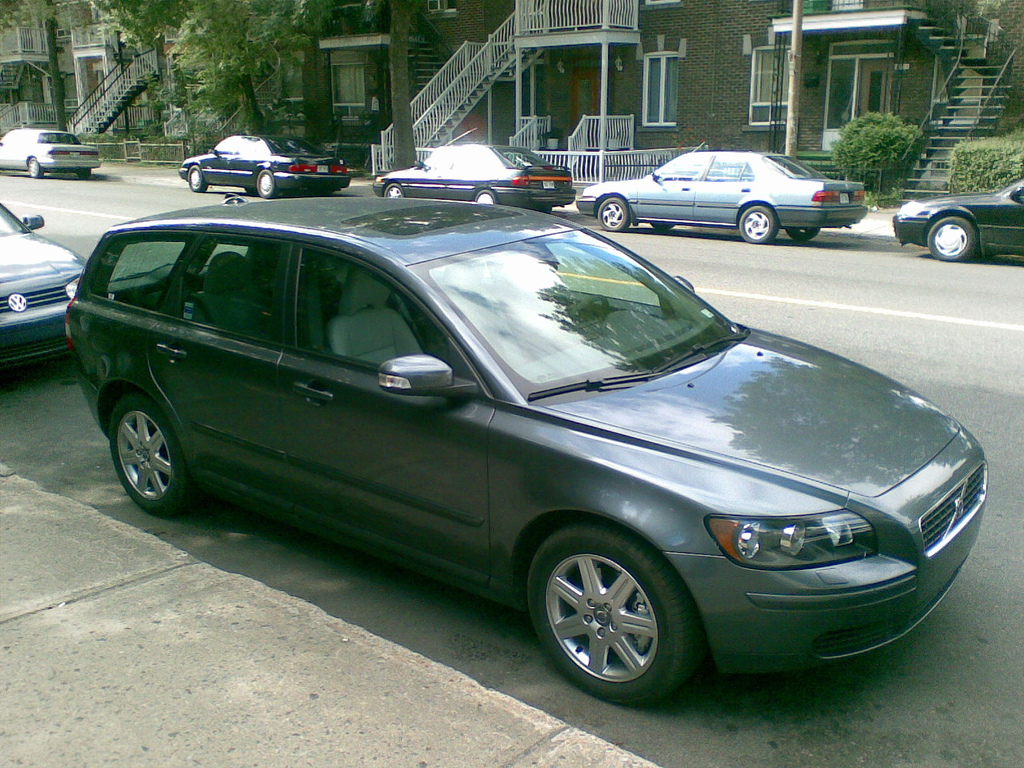 This car is rated 27 mpg city and 40 mpg highway, and it is a veritable dream of an automobile, so different from the Mustang as to feel like an entirely different breed of machine: it was comfortable, fun to drive, well-equipped inside (the radio took some getting used to, but it turned out to be pretty simply in the end). The only thing it suffers from — like many station wagons — is lack of rear visibility.

That said, in neither case could the car I ended up with be reasonably called a “Toyota Camry or Similar,” although the Volvo was obviously somewhat closer that the Mustang.

It would be funny seeing you behind the wheel of a giant SUV, especially a Porsche!

Ah, all things European are great, no? Even those wonderful armaments made by Messerchmitt, Saab, Airbus, Rolls Royce, Dassault, VW, etc. that arm the 3rd world nations… and don’t get me started on the racist Japanese automakers and how they’ve treated Africans.

But tell me, I’ve heard Volvo’s described as tanks too… and the weight of a Volvo wagon is not very far off that of the Mustang.

And the Europeans have us North Americans beat when it comes to muscle cars. Look no further than Italians’ love of all things Ferrari and Lambourghini. The Mustang or Corvette or Viper just don’t stack up.

Why rent a car when you could have taken public transit to where you had to go in NH or Montreal? The Amtrak Downeaster runs from Boston to Durham where there are car rentals and local taxi services. AMT and the metro run in Montreal, which is a driving nightmare anyway. I still remember being stuck for 4 hours at the Metropolitan/Decarie interchange in the heat of August 3 years ago, moving 500 metres in that time. Ugh!!