After a delightful day, I’m eking out the last few MB of wifi getting the 411 on Berlin — how to get there, how to get from train to hotel, where to find the new Plazes HQ, etc. I’m heading out tomorrow morning on the early train (yes, train trumped air!), and will arrive mid-afternoon. I’m excited to be discovering a new city, and experiencing the Plazes Crew firsthand in their native environment.

Started off the day at Louisiana where I eventually hooked up with Henriette, Thomas, Penny, Pedro, Patricia and Dannie, rebooteros all. We ended up spending more time eating and rolling down grassy hills than appreciating art, but that was much more fun anyway. 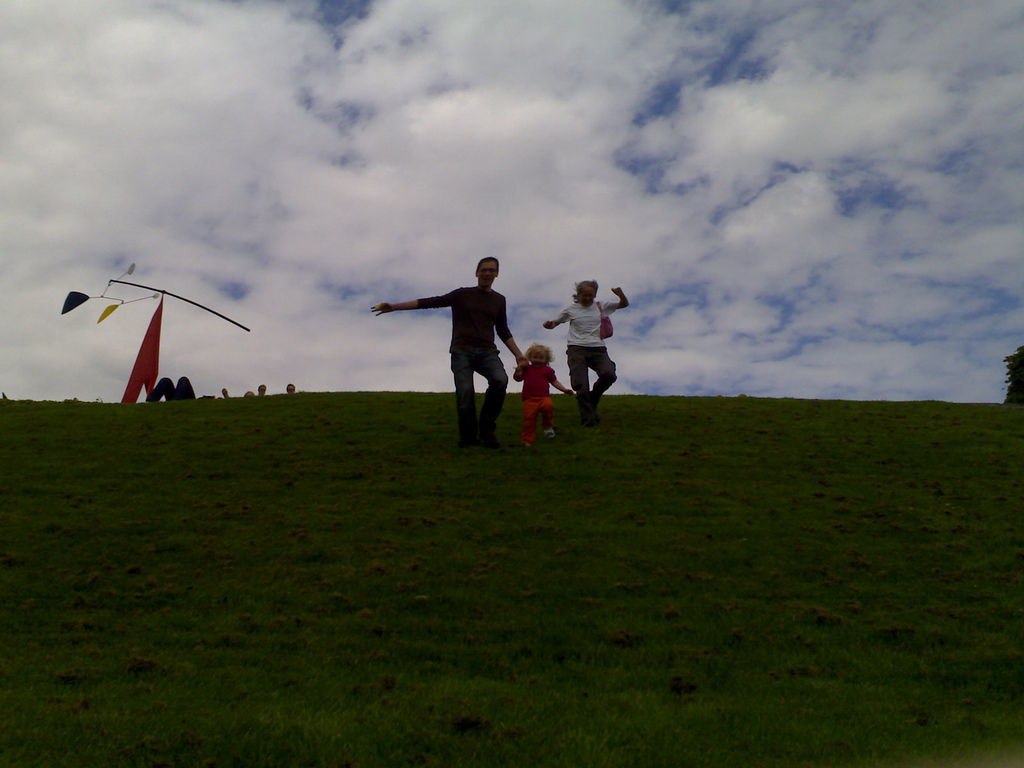 After saying farewells-til-next-year and leaving Pedro and Patricia at the train north, I headed back into the city where I hooked up with Olle and headed into his ‘hood for dinner.

Our destination was an anarchic nameless bistro with a defiant attitude (“you must be seated to receive your bill!”) and simple vegan-friendly fare (their Guava juice was to die for). Luisa biked in at just the right time, and we got out just before the true hard-edged chaos ensued. Once out the door we immediately ran into Sean, who I will see again at Plazes in Berlin shortly (Copenhagen is a village, it seems).

For post-dinner plotting and scheming we headed across the way to what amount to the best bar I’ve ever been to (or at least one that equals Café de la Grave in its excellentness) where I enjoyed beer and then hot chocolate (“the consistency of pudding” as Luisa said).

Part-fodder for our scheming and plotting was Olle and Luisa’s upcoming “Artist in Residence” project in Charlottetown, now penciled in for Spring 2008. Many other issues were covered in addition, and a good and merry time was had by all.

We left Luisa and Olle and I headed to bike up his bike and get me on the train south. Which dumped me at Central Station. A short walk to Cab Inn City and here I am. It’s getting late, and I’ve got to back and sort and fiddle. So good night. See you in Berlin.