It seems that I cannot escape the theatre: I move, and the theatre follows.

It all started with a sewer backup.

As the CBC reported in mid-June, the Mackenzie Theatre, an annex of the Confederation Centre of the Arts, experienced a sewer backup that forced the closure of a basement rehearsal hall. The spill-over effect of this was that the Confederation Players needed a new home for at least part of the summer and, St. Paul’s Anglican Church Parish Hall, being only a block a way, proved to be a convenient emergency base.

The Confederation Players are a Confederation Centre side-hustle wherein “history comes alive when you stroll down Charlottetown’s historic district … a troupe of costumed, young Canadians, trained as the Fathers and Ladies of Confederation.”

Said troupe of the costumed young now occupy the former Sunday School classroom beside my office here in the Parish Hall basement, and their youthful exuberance has spread over the land. At this very moment, for example, their voices are joined in harmony with a modern take on Total Eclipse of the Heart, Bonnie Tyler’s seminal 1983 power ballad.

Indeed this is but one example of what amounts to being the only fly in the ointment of this arrangement, that being that when the members of the troupe are here in the basement they are in their down time.

And so while they may be dressed like J.C. Pope, they are also talking about socialism, merengue, varieties of scotch, and the ins and outs of southern BBQ1. The effect is quite disconcerting, and effectively ruins the theatricality of the troupe for me when I encounter them playing croquet or holding forth on Maritime Union, as they are inclined to do outside these basement walls, when they are on the job (a job, I should add, that all evidence suggests they all take very seriously, with great concern for both historical nuance and theatricality).

It’s hard to believe the Disney magic when you’ve seen Mickey Mouse smoking out behind the castle.

Nonetheless, aside from the occasional theatrical outburst outside my door that disrupts my flow, I’m happy to have the young Canadians next door: if it weren’t for them, many days I wouldn’t lay eyes on a single soul outside my family, and the life they breathe into these hallowed halls is welcome.

1. My impression of what young adults talk about; this impression may be influenced by the fact that I can’t really here what they’re talking about.

And then, as quickly as they arrived, they are gone. 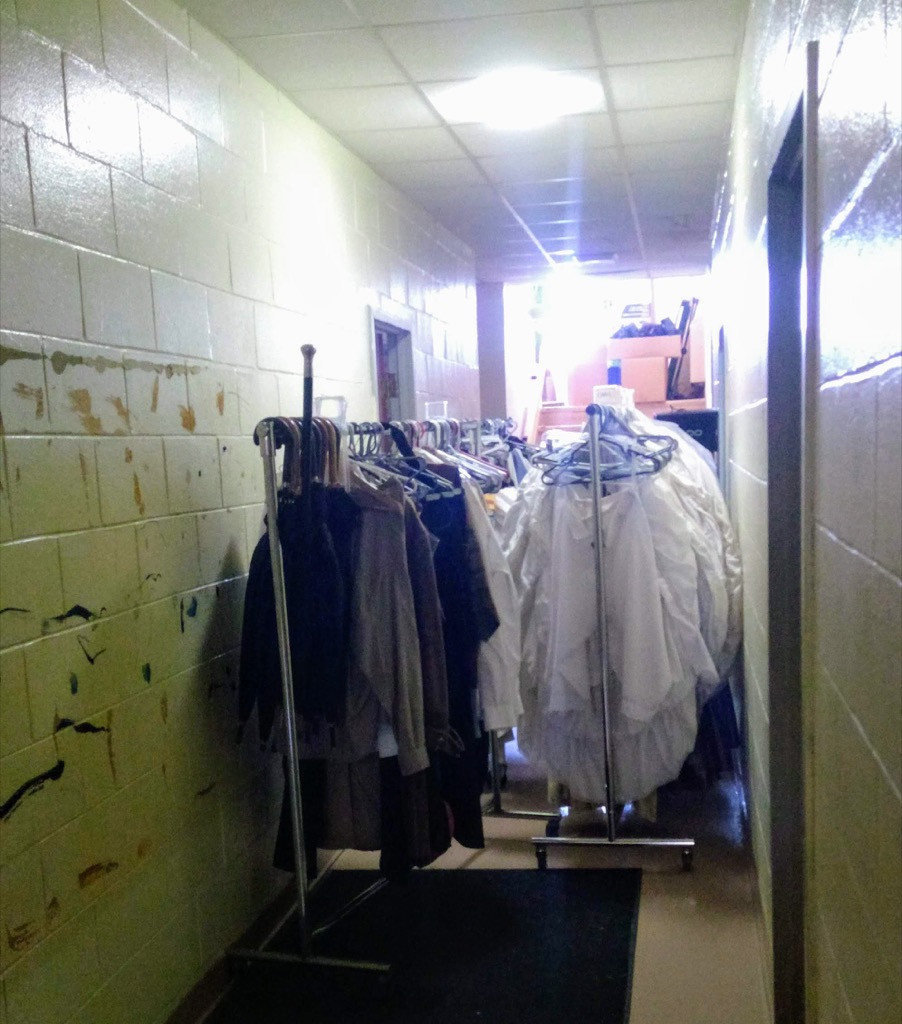