One of the more intriguing aircraft in the extended Air Canada family fleet is the Beechcraft 1900, operated by EVAS as Air Canada Express, and used on the short Charlottetown to Halifax run.

It is an almost universal experience of flying on one of these planes that a conversation strikes up among passengers, marveling at how Lilliputian they are. The planes have 18 seats, one on either side of the aisle, and although they’re small, they’re also tall, and thus surprisingly roomy.

In December 2015, Oliver and Ethan the Dog and I flew to Montreal via Halifax, and it was our first experience taking Ethan on the Beechcraft. Standard operating procedure for Ethan on airplanes is that he sits under the seat in front of Oliver; while that might have worked–it would have been tight, but he can curl up like a pretty tight ball of dog–the first officer, in making his rounds up and down the aisle (in lieu of a flight attendant), told us that Ethan was welcome to sit on the empty seat in front of Oliver.

And so he did.

He was wearing his car harness, and we tethered that to the airplane seatbelt, and he was perfectly content to keep an eye on Oliver from that perspective. 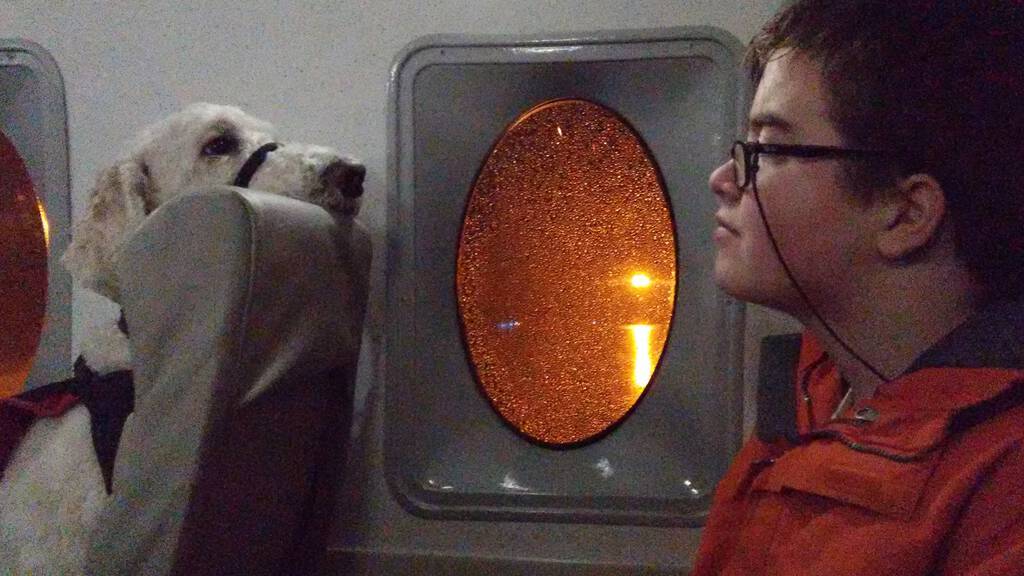