My friend Oliver Baker reminds me that today, July 10, 2006, is the 150th anniversary of the birth of Nikola Tesla. When my Dad and I were in Croatia in 2004, I took this photo of him in front of the Tesla monument in the centre of Gospic: 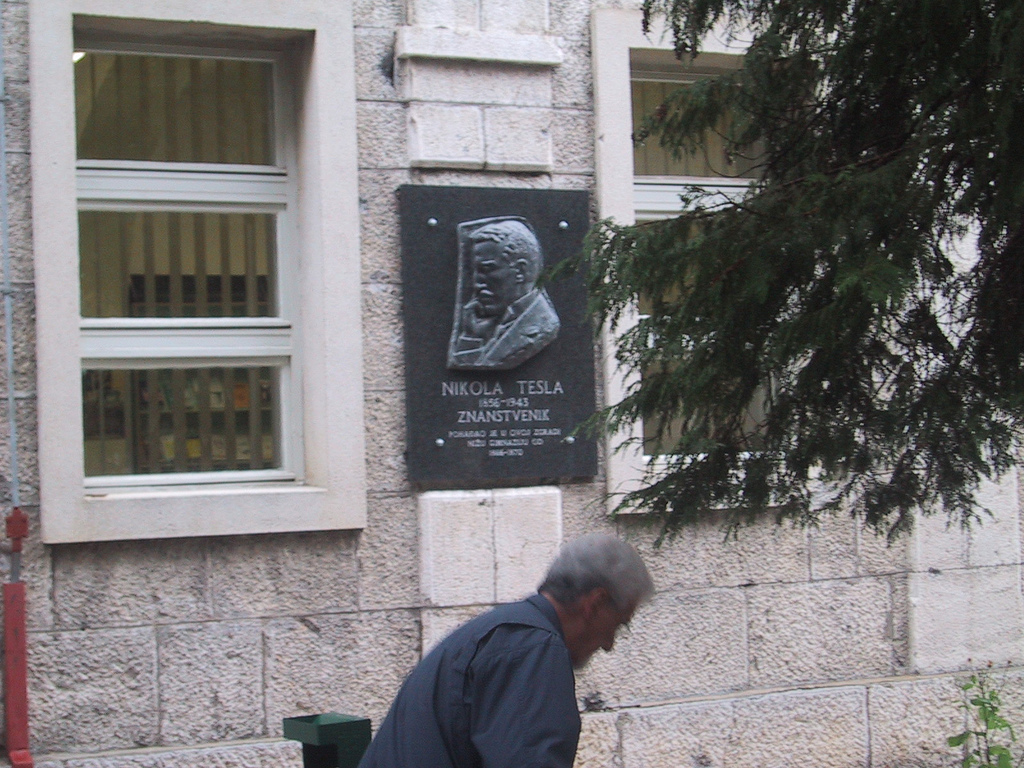 Tesla was born in Smiljan, which is about as far west of Gospic as my grandfather’s birthplace of Konjsko Brdo is north. Indeed my great-grandfather Stipe, born in 1867, was 11 years younger than Tesla, and given that Tesla returned to Gospic in 1879 when my great-grandfather was 12 and Tesla was 23, it is possible to entertain delusions that they met on market day and Tesla got the scoop on the whole electricity thing direct from a Rukavina.

Is it any coincidence that Niagara Falls, where Tesla invented hydro generation, is less than 20 km from St. Catharines where my grandfather lived in the 1940s when Tesla was near death — somebody had to continue his work!