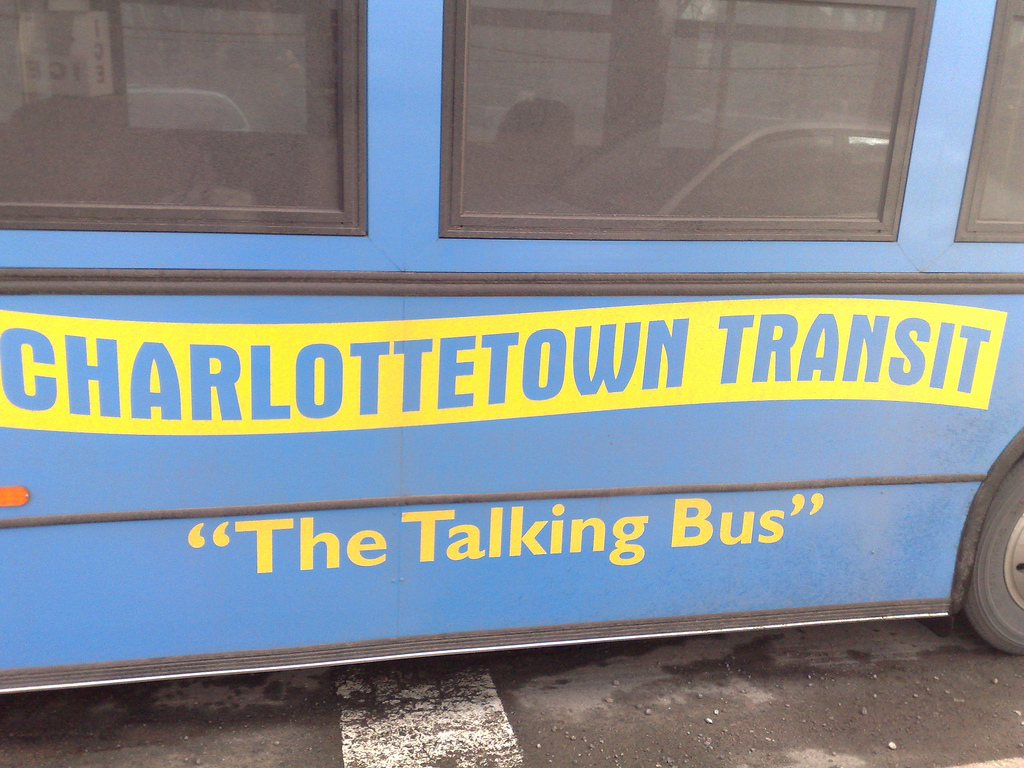 Like the work I’d done earlier with wrapping maps and mobile apps around bus schedule information, I did this as a free public-service project: I want more people to use the bus, and if it’s in my power to give them information to help them do this, I have an obligation to do so, I reasoned.

Five months later I received the delightful surprise of seeing one of the buses that serves the route re-branded as The Talking Bus, making about as obvious and powerful an advertisement for the telephone service as I could imagine.

The telephone information service has been running for a year now. Here’s a summary of the results so far (information that’s always been available, day by day, over here):

The operating cost for the service, which I pay from Reinvented’s pocket, is $3.00/month for the 367-3694 telephone line and $20/month for a share of the digital phone line running into the server room here, for a total of $276/year.  Or about 12 cents per call processed.

By contrast to all of this, the telephone service’s older web-based cousin, TheBus.ca, received 15,381 unique visitors during the same 12-month period.

All in all I think it’s been a successful project, and one that’s worth continuing.  As always, I welcome suggestions for improvements.

Do you know of any apps for blackberry curve for the charlottetown bus? i have one for my ipod touch but i am more likely to have my phone on hand than my ipod.

Susan, if you have data access for your Blackberry, just use its browser to visit http://m.thebus.ca/ for a phone-friendly schedule.

There must have been some sort of Talking Bus aura floating over the city last night as I was just telling my wife about the Talking Bus service that you had done. An excellent service for a corporation, and outstanding public service by Reinvented. Kudos Peter!