As I was rolling across Nova Scotia on the weekend I was listening to a late June episode of Radiolab:

Buried deep inside that episodette you’ll find a song by the Brooklyn band called Lucius. I liked what I heard and so when I got back to Charlottetown I fired up the Rdio and looked them up: 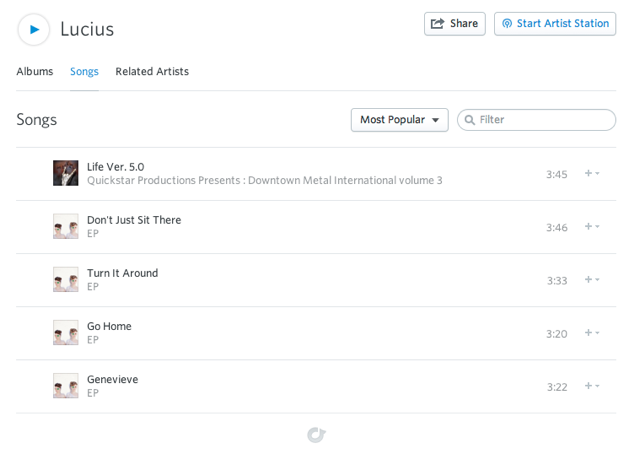 I pressed “play” and out of my headphones came this:

Was this the same band?

It seems there are two bands called Lucius: the indie darlings from Brooklyn and the Norrköping, Sweden band in the video above, a band that plays, it is said, “today’s best aggressive metal.”

Perhaps music needs to adopt the same conventions as acting and have Professional Name Protection for bands? This would prevent those looking for careful, gentle music from finding violent attack music (and vice versa).

If you’re still in shock from having pressed play on the Swedish aggressive metal, here’s an antidote: