In the beginning there was no bicycle rack at all in front of The Guild. So I took a photo of how I parked my bicycle vs. how there was a large expanse of bicycle rack-friendly space a few metres away, and sent it to the City of Charlottetown: 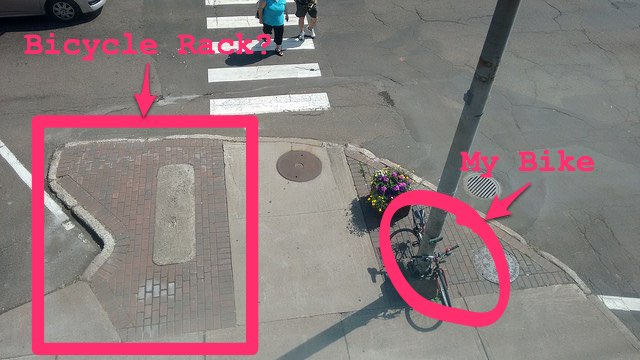 The city, bless its heart, had a spare bicycle rack in its inventory, and a willingness to install it, so less than a month later, a bicycle rack was installed: 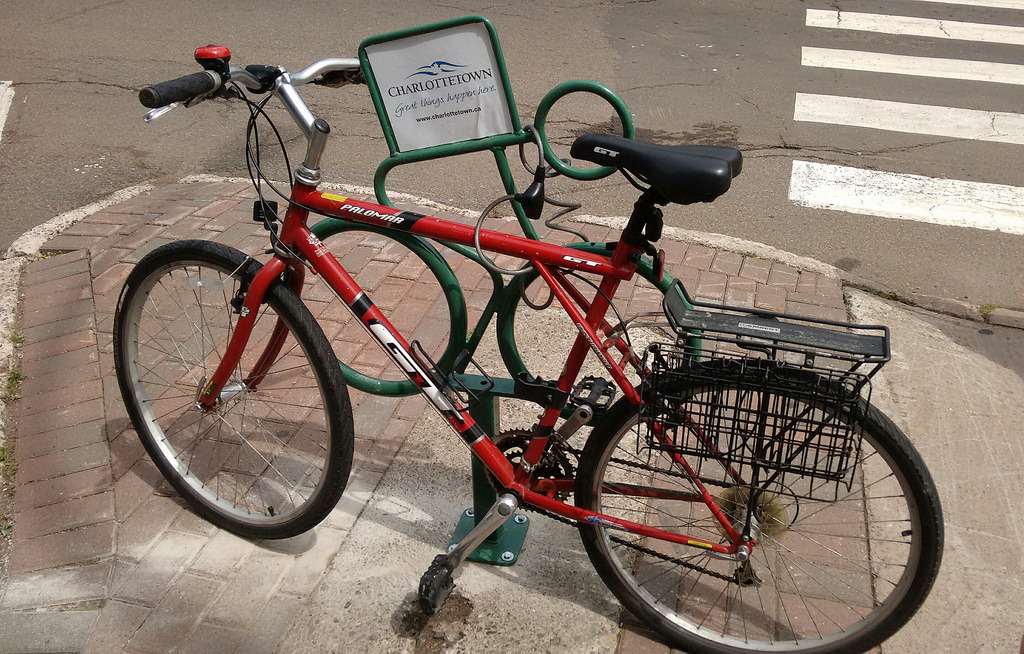 Alas there were two issues.

First, and most importantly, the bolts on the rack almost immediately started to wiggle free, leaving the rack to wobble around dangerously.

And also, perhaps only important to my symmetry-obsessed mind, the rack was installed such that bicycles were perpendicular to the pad under the rack, not parallel to it. 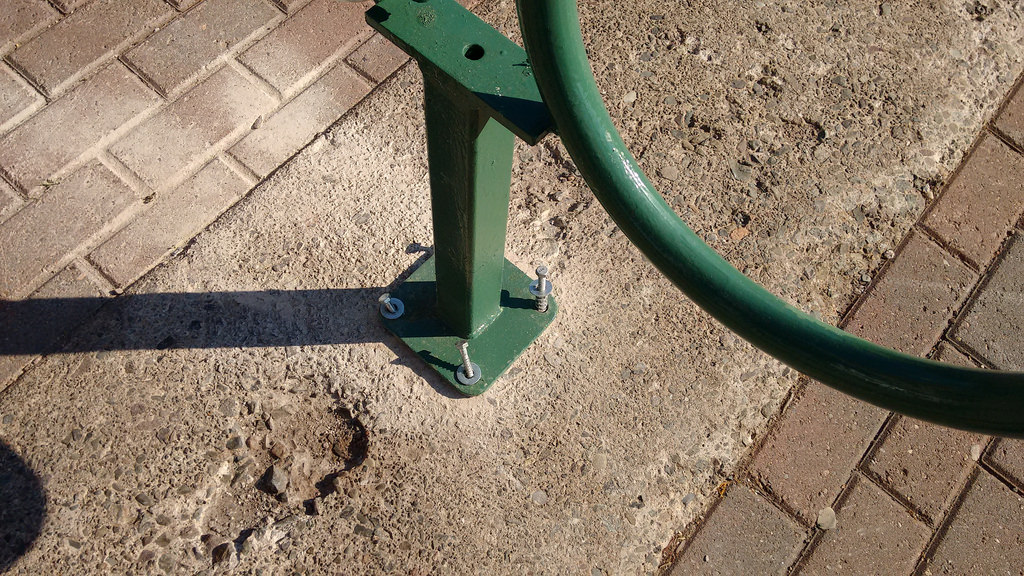 The city was alerted.

But then, this morning, it was back!

Firmly bolted to the ground. And comfortably symmetrical. 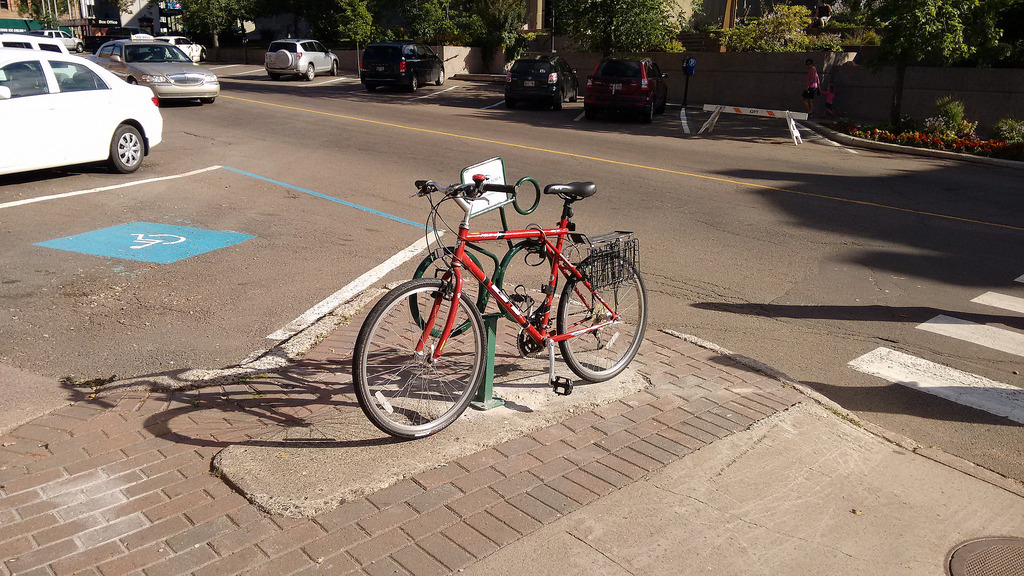 Thank you to Ramona Doyle, Sustainability Officer, and to the Public Works crew for working together to make this happen.