The first time I saw Stephen Fearing perform live was in the Market Hall in Peterborough, Ontario in the late 1980s as part of Mike Barker’s excellent Folk Under the Clock series (still going on all these years later!). I was transfixed by his songwriting, his wit, and his skills on the guitar. I saw him live again at the Winnipeg Folk Festival in 1989 – his first of many appearances there, and I’ve been a fan ever since.

But obviously not a very devoted or active fan, as 25 years have passed since 1989 and that’s a pretty long gap to not see someone you purport to be a fan of play live.

I resolved to rectify that when I noticed that he was scheduled to play The Trailside this past Friday, but fate intervened, as I was scheduled to be in Truro on Home & School business that night. What to do?

Fortunately, I realized that I would be driving right by Sackville, New Brunswick the next night, and he had a gig scheduled there that would fit into my schedule perfectly.

So I left Truro around 5:30 p.m. on Saturday night, drove through the stunning fall colours of the Cobequid Pass, and arrived in Sackville around 7:00 p.m.  After a quick Tofu Pulled Pork sandwich at Pickles (much better than it sounds like it will be), I arrived at the venue, George’s Roadhouse Kitchen in plenty of time to pick up a $20 ticket.

The venue is a odd one: right across from the VIA Rail station in Sackville, it’s closed most of the time, opening only for special events like this. It has a very “Jolly Hangman in the 1980s” feel to it – rough-hewn, a definite air of mold, a pleasant workaday bartender, an amiable doorman. Like the Trailside, but without the food, three times bigger, and more “people have probably gotten into fights here.” In other words, a pretty good venue for one of Canada’s preeminent singer-songwriters.

Fearing came on stage at 8:00 p.m. and played two sets, finishing up with an encore. We were all back out into the cool fall night by 11:00 p.m.

He did not disappoint: he played a selection of songs old and new. He has aged well, and his fingers are as nimble as ever, and his honey-golden voice as sweet. I’m so glad I took the detour at Aulac and spent 3 hours in his glow. 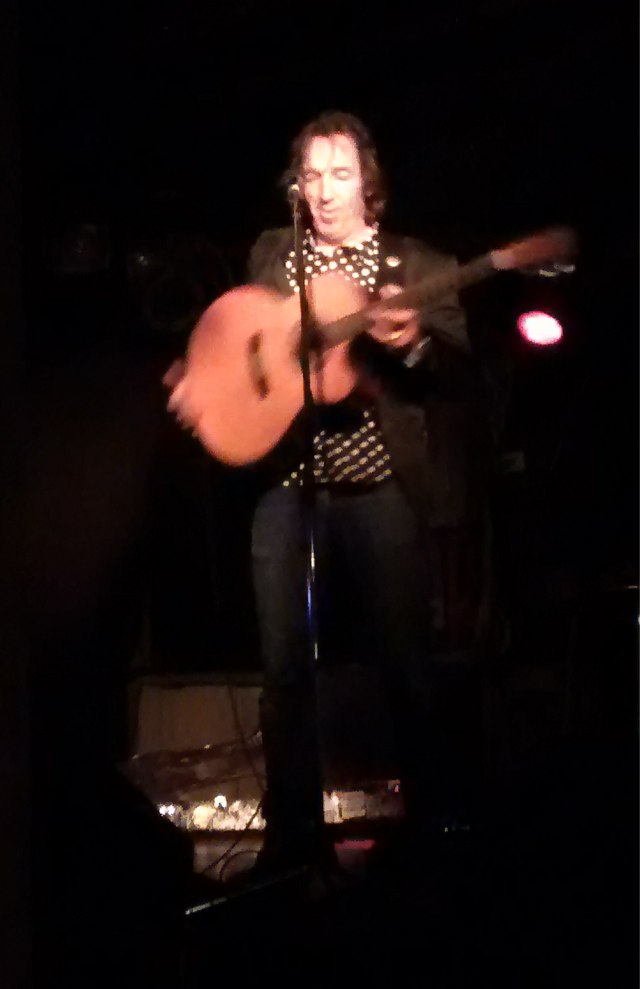