I met Stefan Kirkpatrick on the day he was born, in Peterborough, Ontario, in 1988.

His parents, George and Leslie, were good friends of mine; confidants, protectors.

Two years later I travelled with Leslie and Stefan to El Paso, Texas for two months, caring for Stefan as Leslie studied midwifery. In retrospect I’ve no idea how I thought myself capable of such a task, but it worked: Stefan remained alive and, on occasion, enriched. We had good times together, exploring the city, going to $1 movies, eating tacos, and listening, incessantly, to a cassette tape of The Three Pigs. We made a crazy voyage, by air, from El Paso to Canada and back. I fed him, entertained him (and he me), was driven crazy by him at times and delighted by him at others. It was my first experience having a little one under my wings; I’m not sure I could have gone on to become a parent myself without Stefan teaching me how.

Eventually George arrived, I returned to Canada, first to Montreal and then back to Peterborough. George, Leslie, and Stefan returned the next spring, and I was there when Stefan turned four years old, an epic birthday party where Catherine, in an act of great charity, dressed as Big Bird so as to fulfil my outlandish promise to Stefan than Big Bird would be there for his birthday.

The next spring Catherine and I moved to Prince Edward Island, and I lost touch with Stefan.

For a long, long time.

He got older, moved to Port Hope, went to school, grew up, travelled, moved to Nova Scotia, fell in love, got married, had a child, opened a business, bought a house, had another child.

I saw him briefly, 15 years ago, passing through town, before a lot of that happened, but not since.

We trekked from our temporary base north of Halifax out to West Dublin, in driving rain, to drop in for an overdue visit.

It was a delight, all over again.

Stefan remains the lively spirit I knew at two years old: creative, funny, warm, smart. The spark I saw every day, long ago, remains in his eye.

He took us on a tour of his chocolate factory, introduced us to his wife Desiree and their kids. He fed us tasty pastries and hot tea. Leslie arrived, as a surprise. We talked of the old days, told stories, some of which I alone remembered, some of which only they.

Stefan Kirkpatrick turned 34 years old this week: I played a large role in a small slice of his life; he played an outsized role in mine. That he’s grown into a father, partner, entrepreneur, traveller, is heartbreakingly satisfying to witness. 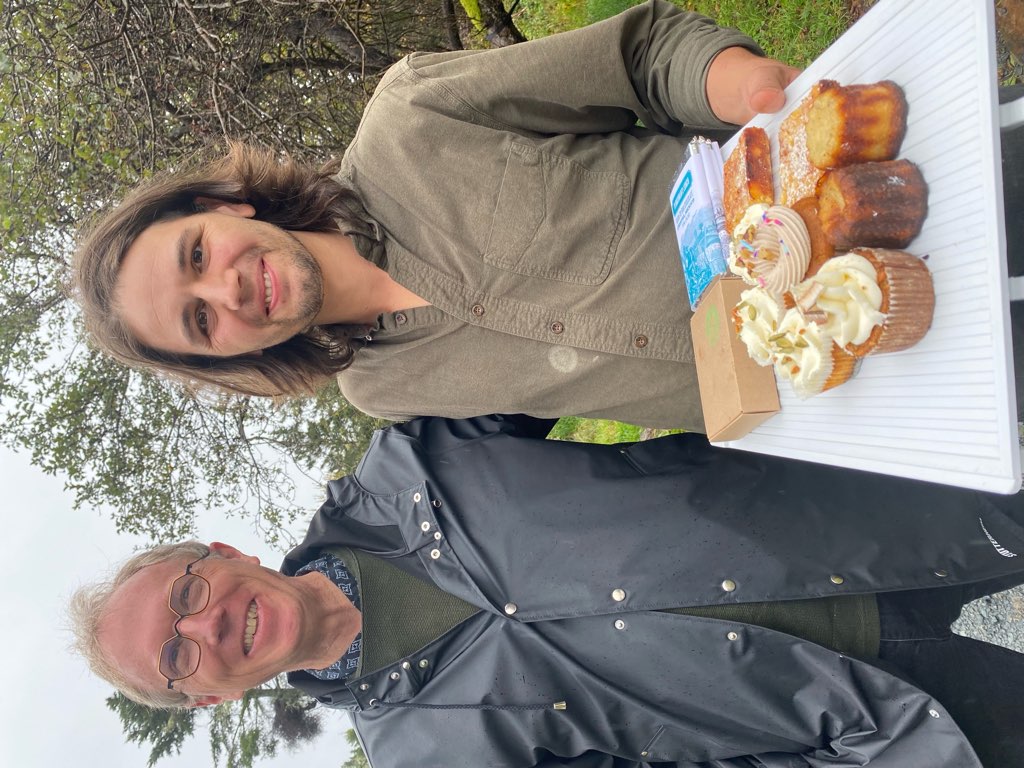 What a beautiful reunion!

What a lovely story and so nice that you could share some time together again.