I developed a sudden surge of obsession this morning about whether the community I was in last night for Small Halls Songwriters’ Circle is called St. Peters or St. Peter’s. Or maybe St. Peters Bay? Or is it St. Peter’s Bay?

The community’s website features a logo that uses St. Peter’s Bay – with the apostrophe and with the Bay:

But, elsewhere on the website, you’ll find both St. Peters Bay (no apostrophe, with Bay) and St. Peter’s (with apostrophe, no Bay).

The Municipalities Act lists the name as St. Peters Bay (no apostrophe, with Bay): 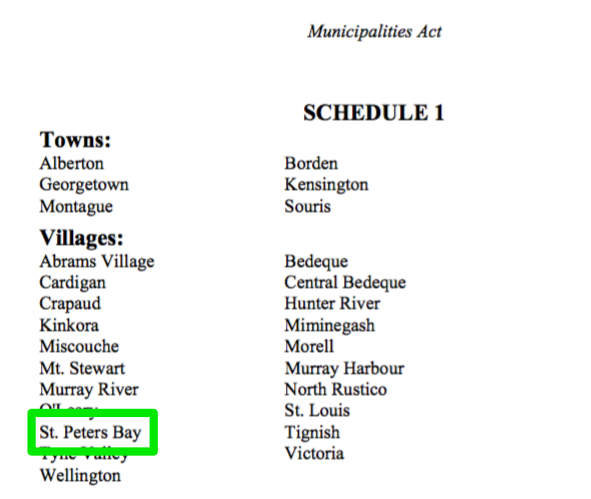 This agrees with the record in the Geographical Names Board of Canada database for the community:

and with the Province of PEI’s PlaceFinder (which is derviced from that database), which provides the history of the name:

Canada Post, for reasons unknown, uses a dash between the “St” and the “Peters” and doesn’t use a period.  But only for the name of the community; the name of the road doesn’t have a dash. Meaning that the mailing address for the same office is:

To confuse matters somewhat, the Catholic parish in the community is known as St. Peter’s (with apostrophe): 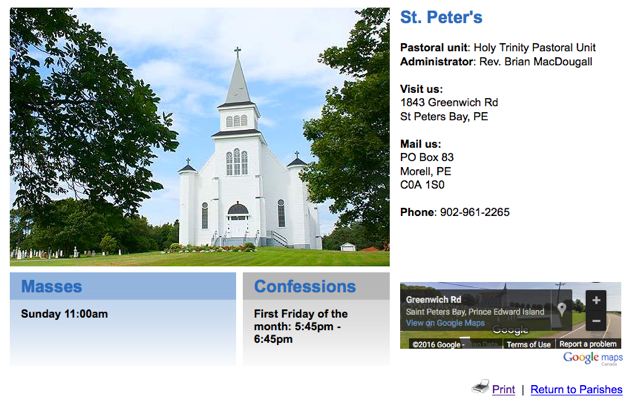 Perhaps the name of the church falls under a different rule set than the name of the community, so this divergence can be explained — it is Saint Peter’s Basilica in Rome, after all, with an apostrophe.

Except that the name of the church on the church itself is St. Peter’s Bay Roman Catholic Church (with the apostrophe, with the Bay), which bridges heaven and earth in a most uncomfortable way: 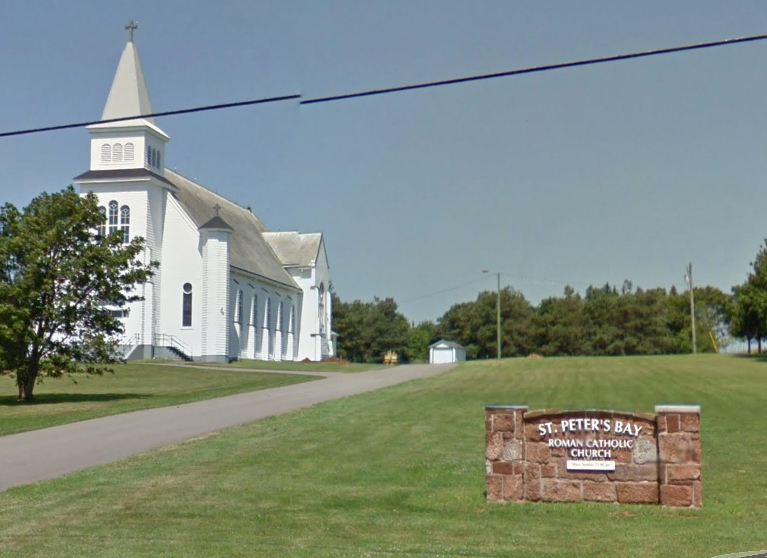 Assuming the sign has it right, this would make the mailing address of the church, following everyone’s rules:

That just about breaks my brain.

Just in case your brain is also broken, here’s a cheat sheet: