When my father retired from his position as a research scientist at the Canada Centre for Inland Waters, he took on the task of editing and distributing a monthly newsletter to his fellow retirees. By the time he handed over the editorial reins in 2018, he’d put out 100 issues, filled with announcements, jokes, cartoons and updates. He took the newsletter very seriously, and my mother, brothers and I all have memories of various family vacations and functions requiring time set aside to allow Dad to set up his laptop in an impromptu workspace to ensure the newsletter went out on time.

When Dad died two weeks ago, I sent a note to the new editors of the newsletter, and they sent word of his passing to the retirees mailing list, which prompted a flood of messages of condolence, often with work stories from the early years.

I offered to send a brief note for inclusion in the newsletter, on behalf of my brothers and I, which they generously agreed to include. This is what I wrote:

A Special Note from Norm’s Son

Our father, Norm Rukavina, longtime editor of this newsletter, died this week at the age of 82.

There has never been a time in our lives when we didn’t closely associate Dad with “The Centre”: the family moved from Ottawa in 1968 so that he could take up work at CCIW, and he remained there for his entire career. His involvement with CCIW and, later, NWRI, was the backbone of his life and, as his kids, the backbone of our childhood. During the late 1960s and through the 1970s we joined Dad in the field each summer on the shore of whatever Great Lake he was focused on the nearshore sediments of at the time; while he took core samples, we learned about salamanders from park rangers. We watched the Moon landing in the back of a Government of Canada VW bus while in the field. We all remember the experience of getting presents from the CCIW Santa Claus every Christmas in the auditorium, and we marvelled at how closely our presents matched what we’d discussed with our parents. Other memories include the CCIW open houses, getting to eat in the cafeteria when Dad would take us to work, being on a first name basis with the Commissionaires. And nightly references around the supper table to mysterious places like “Hydraulics” and “Tech Ops” and “Drafting,” of which we knew little.

It took Dad a long time to retire: we always got the impression this was a combination of there actually being follow-up work that needed doing, with, perhaps, a sense that he wasn’t quite sure what would happen if he stopped working altogether. Eventually, however, there came a day to load the last cardboard box into the car, hand in his pass, and drive home for good. After retirement Dad took great pleasure in editing the retirees’ newsletter: it kept him in touch with good friends, kept him wise to the latest technology, and provided him with a steady stream of jokes to send his children. He also enjoyed the get-togethers enormously, and would speak to us of people he’d meet up with, names we’d been hearing for years and years and years.

From the day he started work in Burlington, Dad kept a daily journal, mostly just bullet points about what had been achieved that day. We picked some off the shelf tonight and were amazed that the cast of characters in his working life in 1968 included many people we’ve heard from on the phone or by email this week with memories and messages of condolence. It’s brought us tremendous comfort to know that Dad was a part of so many people’s lives. Working at The Centre was, to we kids, simply what a Dad did, and so formed our assumption about how working life worked. It was a pretty good template to start out with.

Thank you to everyone who’s reached out this week to us; it’s truly appreciated. We’re suggesting that those who want to memorialize Dad make a donation to the Joseph Brant Hospital Foundation (jbhfoundation.ca): Joseph Brant took excellent care of Dad in recent years, and in his final weeks. It’s also been an important part of our family’s life for more than 50 years, most recently with the more than 1,500 hours of volunteer work Dad did there after retirement.

The editors, Jo-ann and Clint, added a note of their own:

Norm was instrumental in starting our CCIW retirees coffee club, which now has over 200 members, and produced 100 issues of this newsletter, up until May 2018. We have big shoes to fill. It’s a great help in keeping the retirees in touch with each other, and our monthly coffee meetings are well attended, usually numbering 25 to 40 people. Norm was a wonderful man, very well liked and respected.

Norm was also one of the original Research Scientists at CCIW working in the then Limnogeology Group. He was one of the “Trailer Trash”, working on site in the trailers before the current building was erected. He was a good friend and colleague and he will be long remembered and missed by many.

Until last week I never truly understood how valuable, important and comforting condolences are: the notes, cards, and emails we’ve received, and the people who’ve stopped me on the street, or at the market, to express their sympathies have all offered tremendous comfort. Who knew. 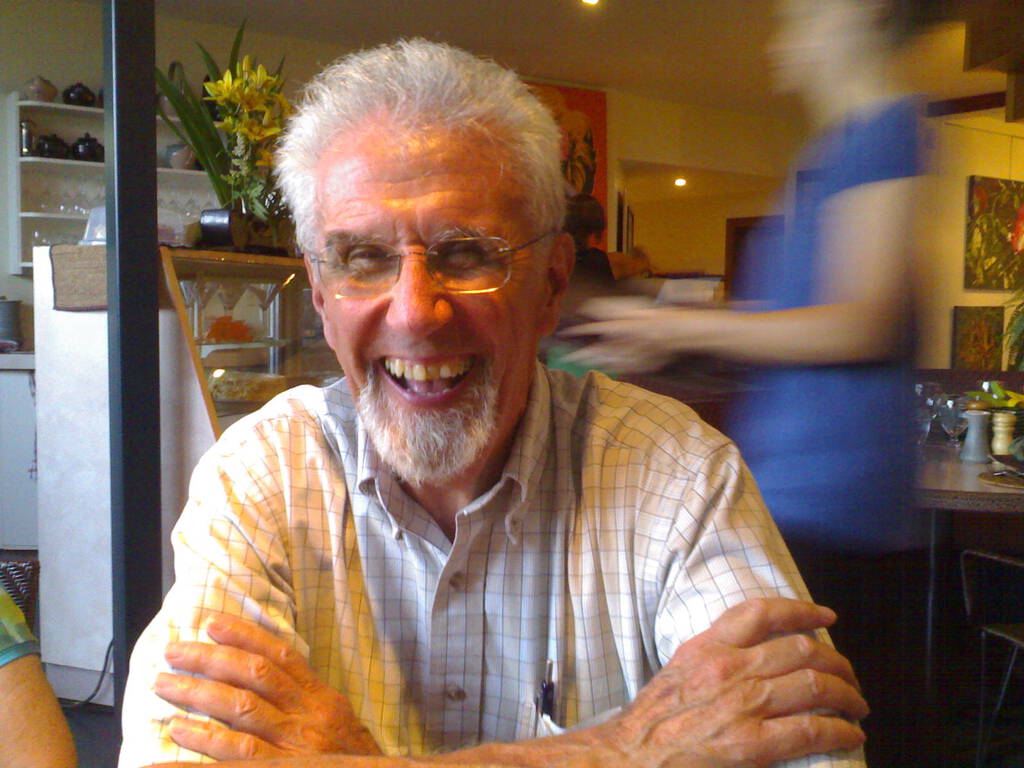 So happy for you, Peter, even appreciating the comfort is intermixed with grief

I feel like I'm really getting to know your Dad, Peter. I love reading about people who really put a lot into their life's work. I can also relate to CCIW, as I spent many, many years working for DFO. Thanks for writing about your memories of your Dad.