While Catherine was off acquiring quality Swedish clothing yesterday afternoon, Oliver and I were left to our own devices. As we wandered about the Grünerløkka neighbourhood we came upon a building labeled Deichmanske bibliotek. Being a bibliophile, I was naturally curious. But also wary: what was this “Deichmanske,” I wondered: perhaps some sort of Norwegian religious cult? We didn’t want to get wrapped up in something.

But, wandering around to the other side, we spotted a sign suggesting that there was an exhibition of comics inside. So, cult-be-damned, we tentatively walked in the front door and found a series of panels lining the stairway: 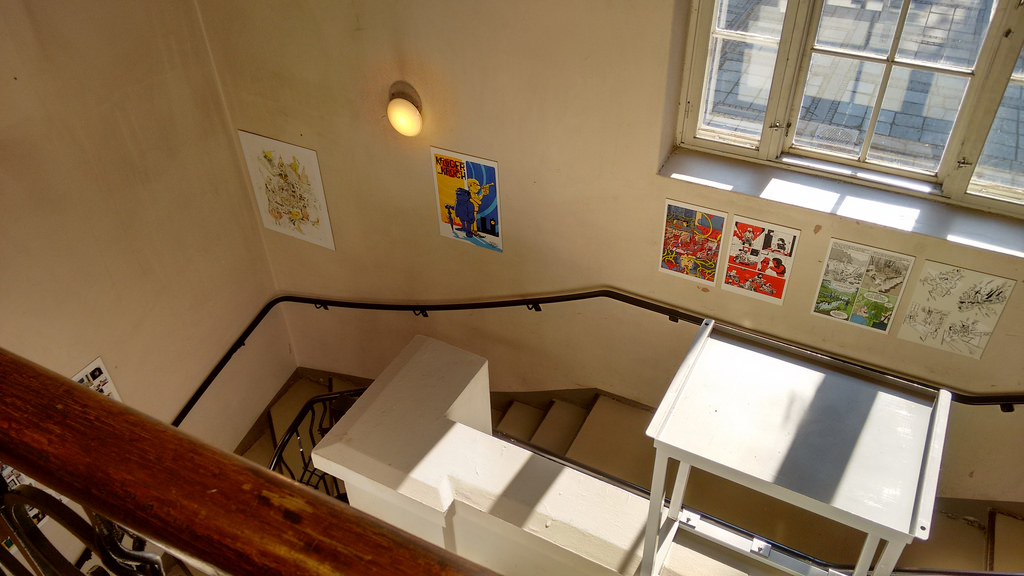 Still somewhat apprehensive – cult? trespassing? – we made our way up the stairs and at the top we were greeted with this sign: 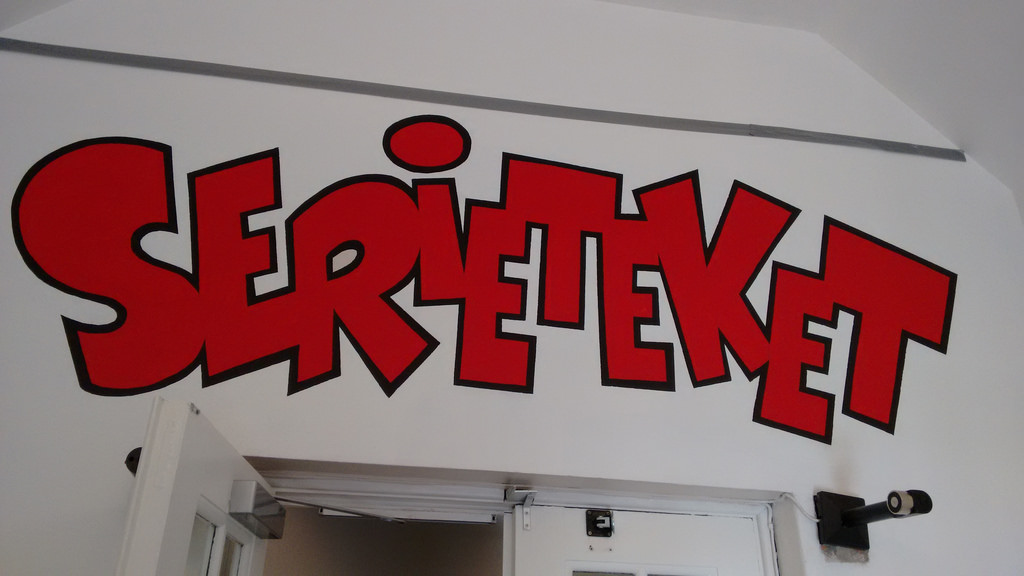 So, maybe still a cult. But a cult with some graphics chops.

Continuing in – we were commited now – we came upon this scene: 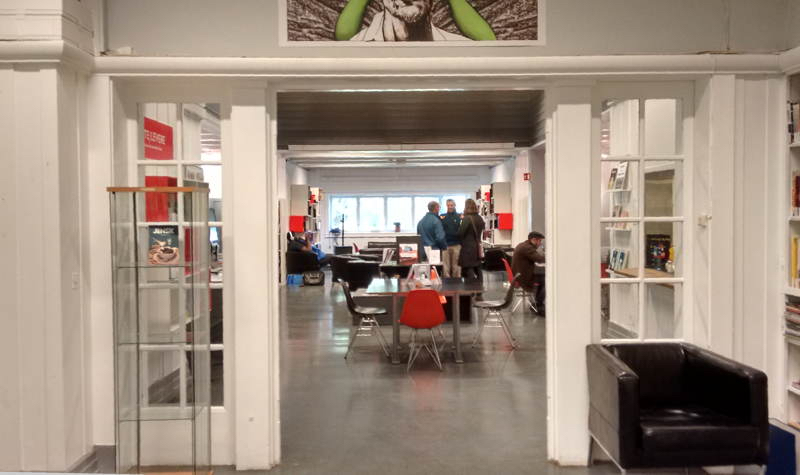 It was a room – a large, interesting room – lined with what appeared to be comics and graphic novels, and filled with people reading them. Bravely making our way across the transom, we inquired at the desk: “Is this a comics library?” “Yes, was the reply. Let me know if I can help you find anything.”

What a library it is: the collection includes everything from Donald Duck to Seth. There is also – you can see it in the right, just a bit, in the photo above, a canteen. So, basically, you never have to leave.

We spent a very pleasant hour browsing the collection, including Omrokering, a rather intriguing book that helped us learn the Norwegian words for many parts of the house: 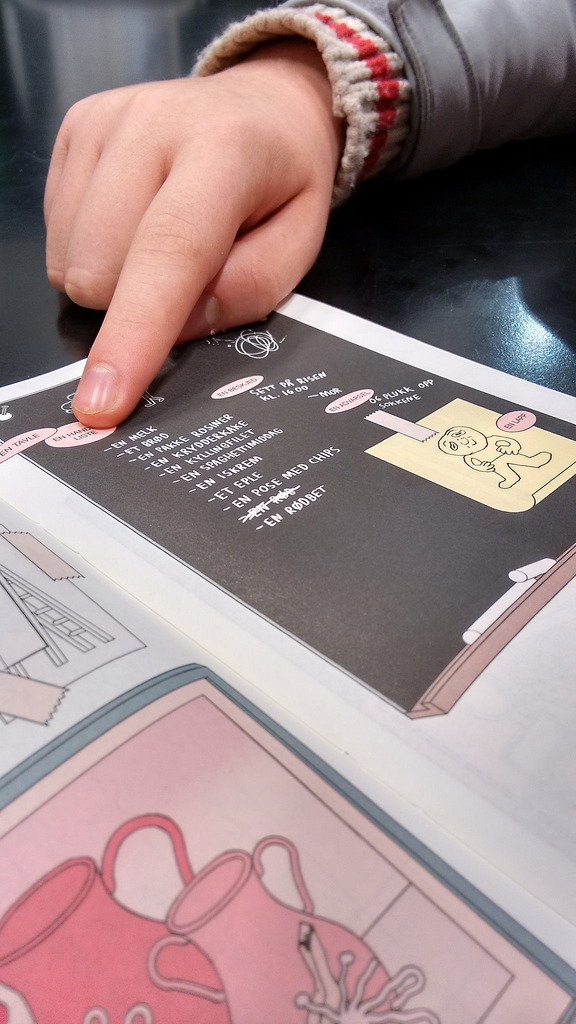 The Deichmanske label, it turns out, extends from the original patron of the Oslo library system, Carl Deichman, whose 1785 donation of 6,000 books established the library.

Sometimes it’s worth walking through the front door, even if you’re afraid of what’s inside.