While I’m wary of crowing about it, lest my bravado lead to some sort of rupture in the time-space continuum, this week represents one month of the new “early to bed, early to rise” lifestyle that I started when I returned from Italy in mid-December. Here’s what my early rising afforded me the opportunity of seeing this morning: 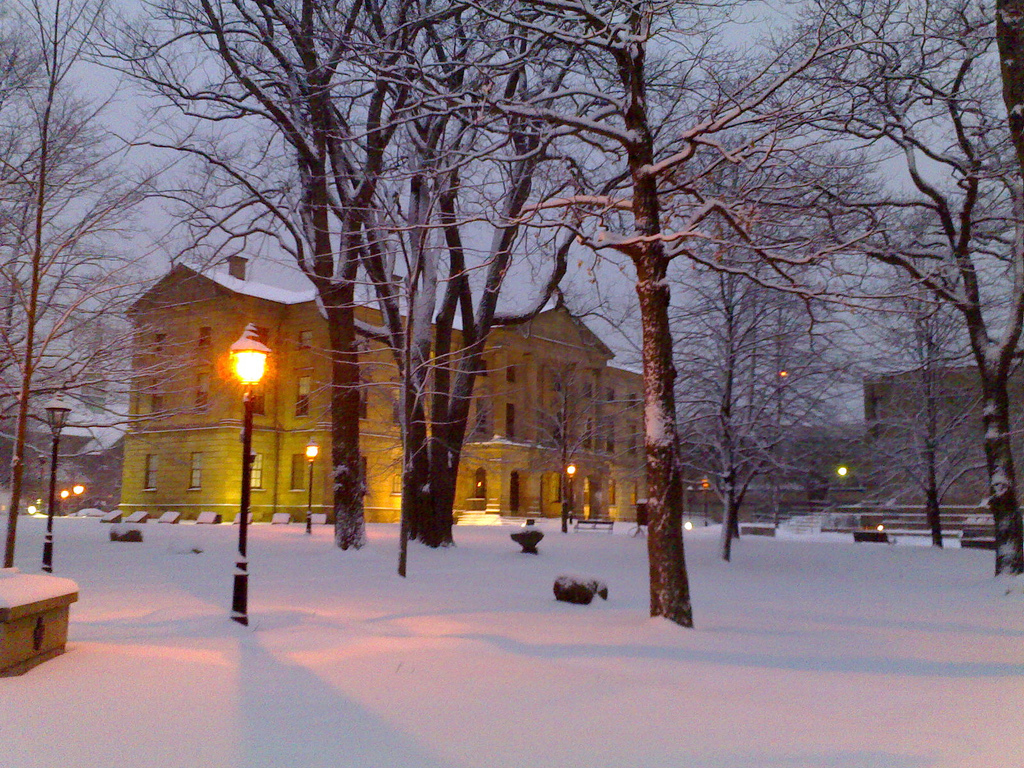 Province House is one of my favourite buildings: I like its no-nonsense way of just rising up out of nowhere; I like its symmetry; I like how it’s a building that’s at once regal and understated. I walk by Province House at least twice a day, and I see something new every time.

The key to the “early to rise” part of the lifestyle, I have discovered, is the “early to bed” part. Previous attempts to move my day earlier have all failed, I think, because I just kept on going to bed at midnight and tried to will myself up earlier. Willpower is no weapon against tiredness, and so it didn’t work.

For the past month it’s been a rare day that I haven’t been in bed by 10:00 p.m., and often it’s earlier. This makes Saturday night dates with Catherine more challenging, and defeated any hope of staying up to see the new year on December 31, but the upsides are worth it.

Not only do I get to the office earlier and get a lot of work done before anyone else comes in (I’m generally here by 8:00 a.m., which is 2 hours before my Yankee colleagues start work), but I’m also sleeping a lot better, eating a lot better, and I’m home for dinner about 98% of the time (my former success rate was in the 50-70% range).

This morning I found myself going back and forth on a possible trip to the west coast in part because I was worried about the implications for my sleep schedule. Perhaps I’m taking things a little far.