Until today I’d had an election sign on my lawn twice in my lifetime.

The first time was short-lived: as a teenager I signed up to have a sign on the lawn of our family home for whatever federal candidate I was supporting at the time. The day the sign was installed, my father returned home from work and I caught hell, both because I hadn’t checked with anyone else in the family, and because my father, as a federal public servant, wasn’t actually allowed to have campaign signs on the lawn of his house.

As of this afternoon our house at 100 Prince Street proudly sports a Karla Bernard sign. This time I checked with my housemates to make sure they were down with this. And this time the candidate is worthy of a vote.

I knew, when I bought the sledgehammer from Rogers Hardware for $10.00, many years ago when it was closing down, that I would find a good use for it some day. Today was that day. 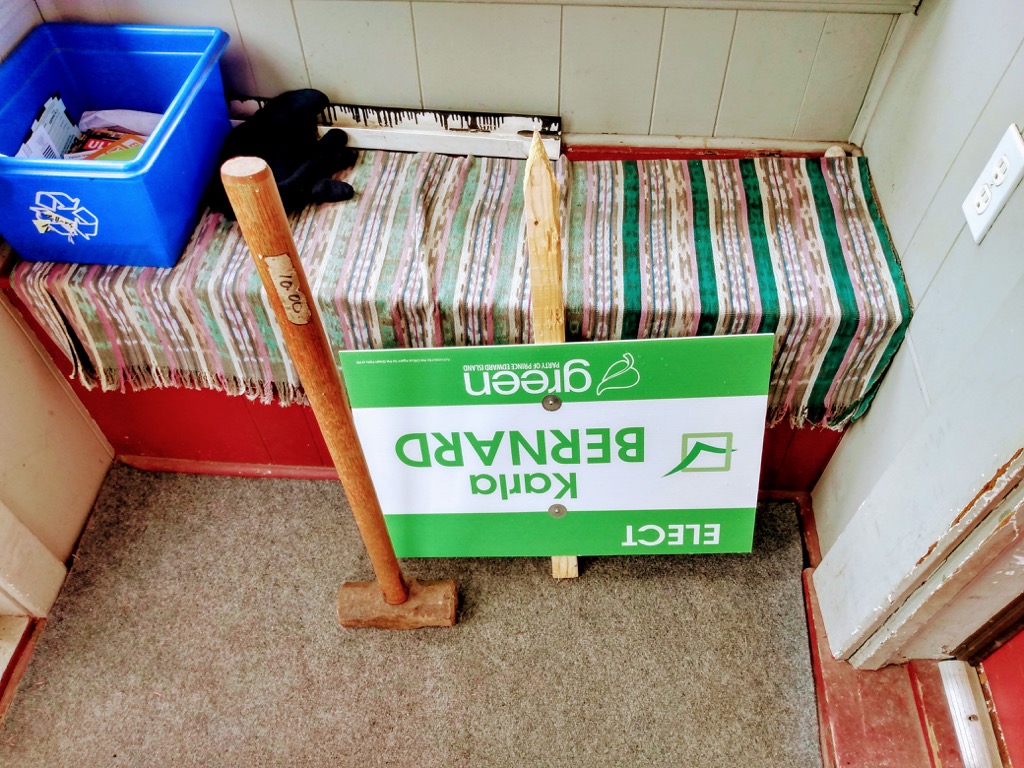 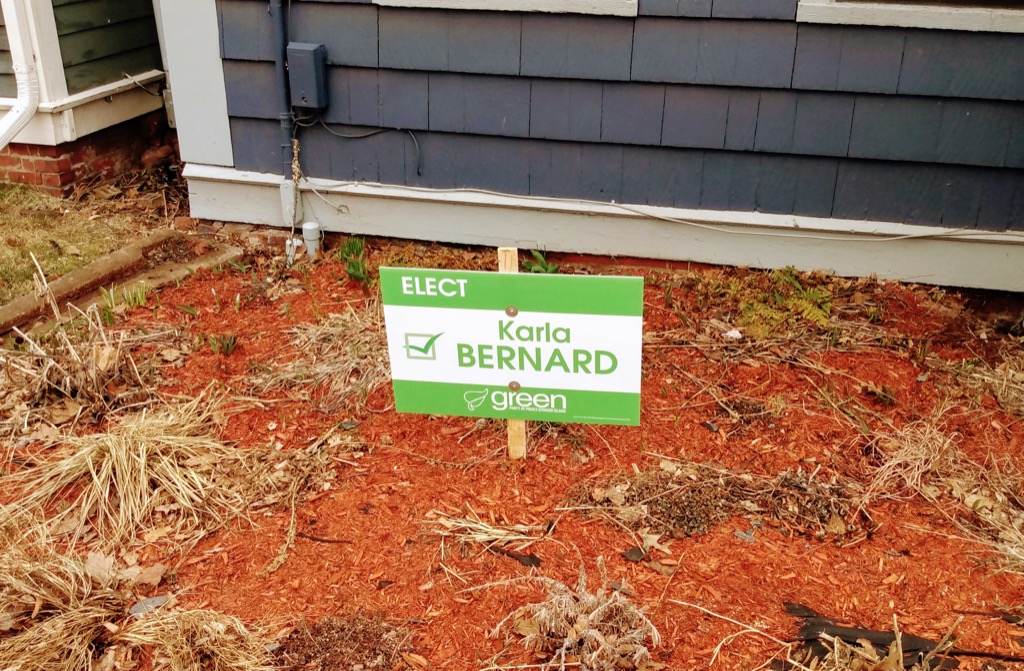 Like my father, it’s not everyone who has the privilege to have a campaign sign on their lawn, and not only because their job prohibits it: making a (very) public declaration of ones intent to vote for a particular candidate is a self-inflicted violation of the secret ballot. It’s also, on a close-knit Island like this, a social and, some might say, spiritual declaration. That we’ve taken the leap is a testament to our family’s conviction that Karla is the right person for this job.