Apparently I like signs a lot, as it seems as though it was mostly signs that I took photos of during our trip this week to Florida.

Here’s a sign in the Glazer Children’s Museum in Tampa that seems entirely at cross-purposes with children’s museum philosophy: 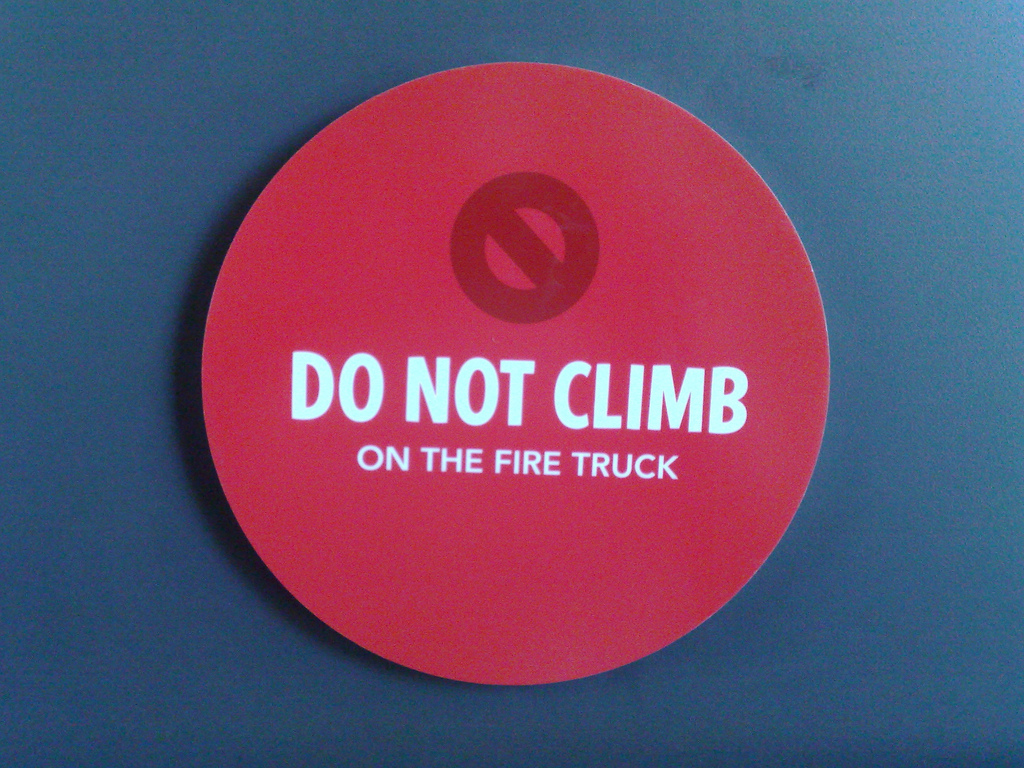 Outside on the plaza in front of the museum is a “spray deck” – a sort of water fountain that you can walk through when it’s hot. It’s one of the oddest signs I’ve ever come across, especially point number six, which would seem self-evident: 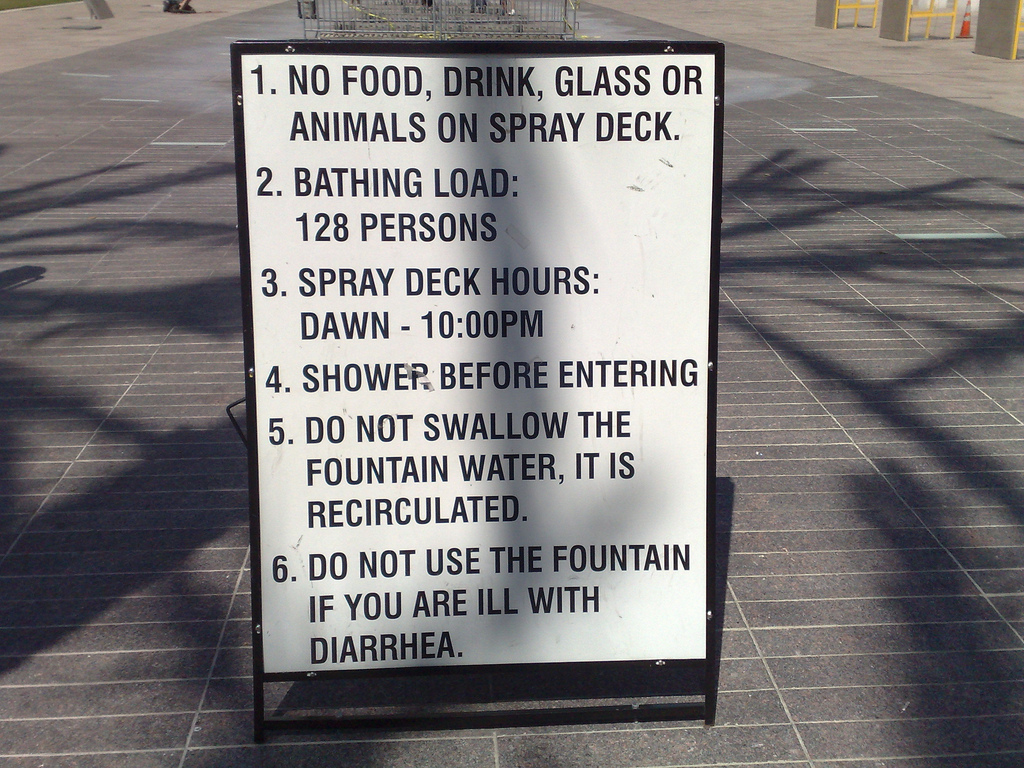 At the condo where my parents are staying there are two elevators, one of which bears this sticker (the elevator is nonetheless in operation): 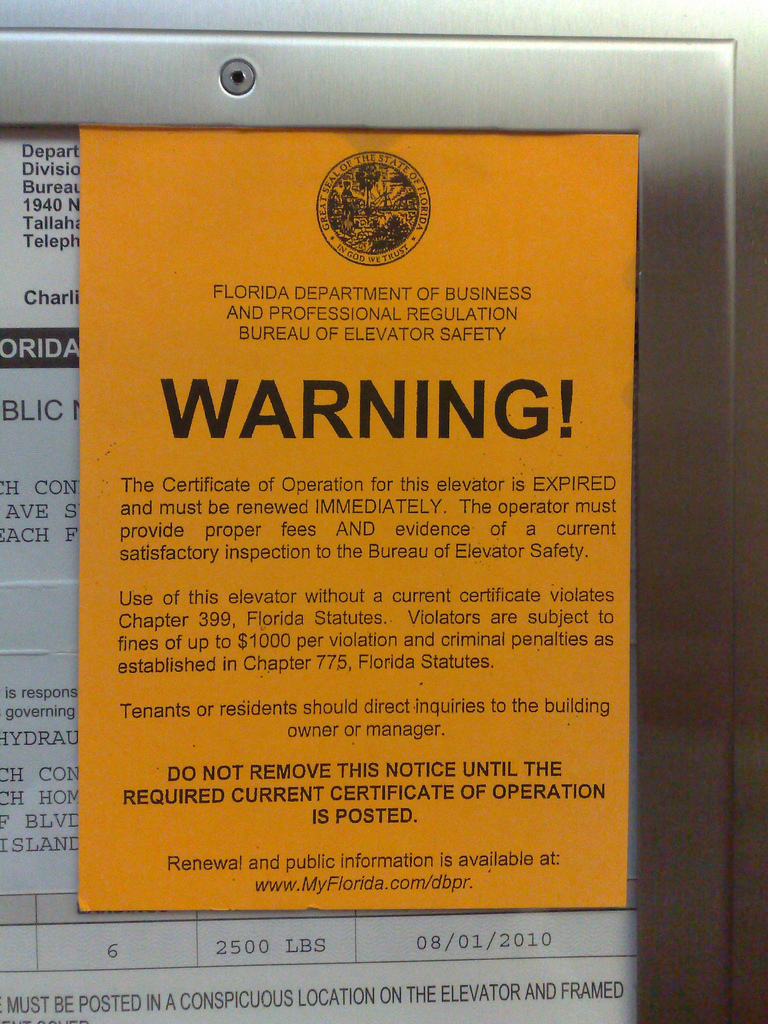 Around the corner is a statue of a pirate. You’re not allowed to climb on it: 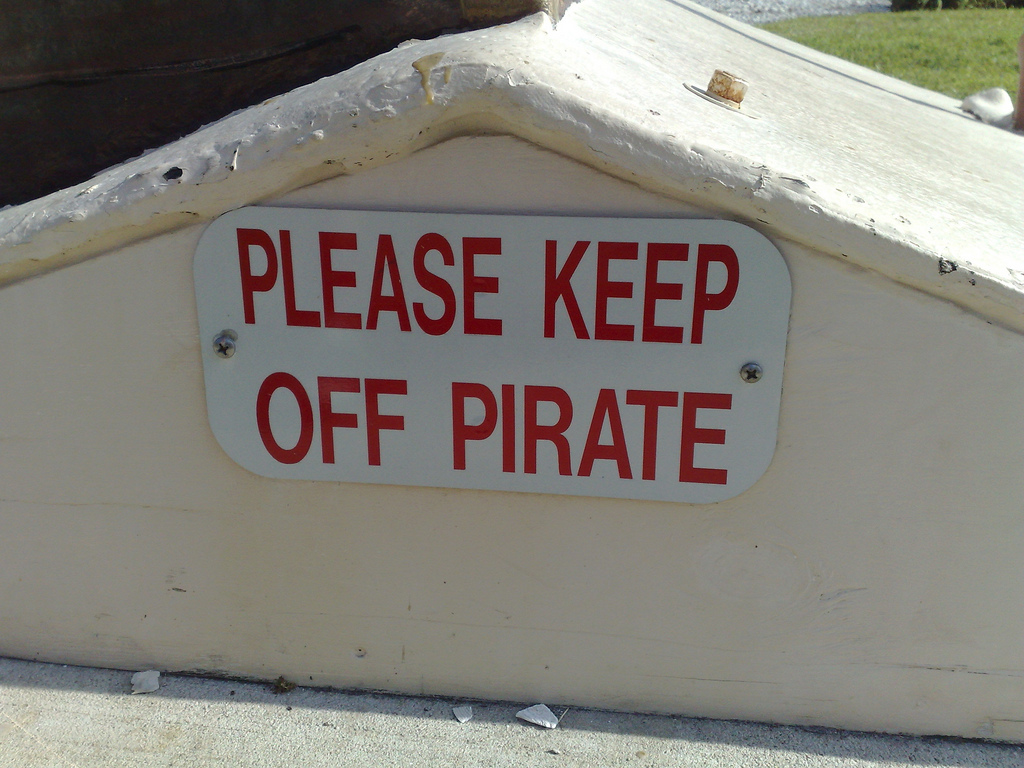 Between my parents’ condo and the pirate is a boulevard with a suggestion that pedestrians should thank drivers for not running them over: 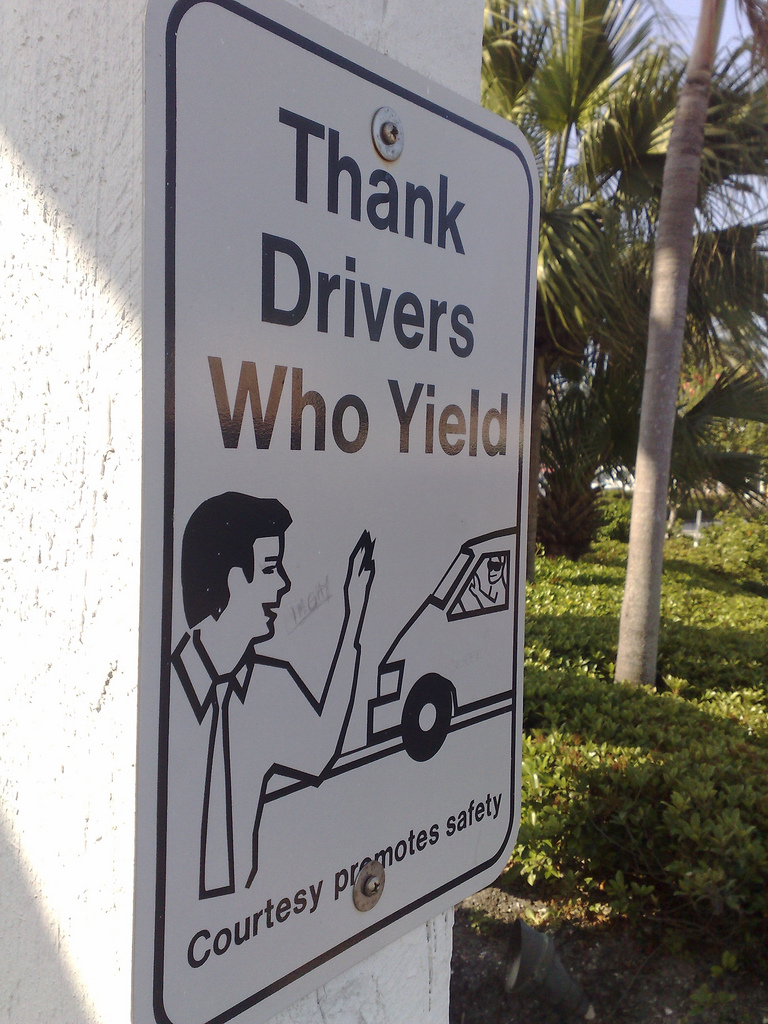 And on the main street you’ll find a series of non-signalized pedestrian crossings that are outfitted with bright yellow warning flags that pedestrians can wave to reinforce to drivers that they are crossing: 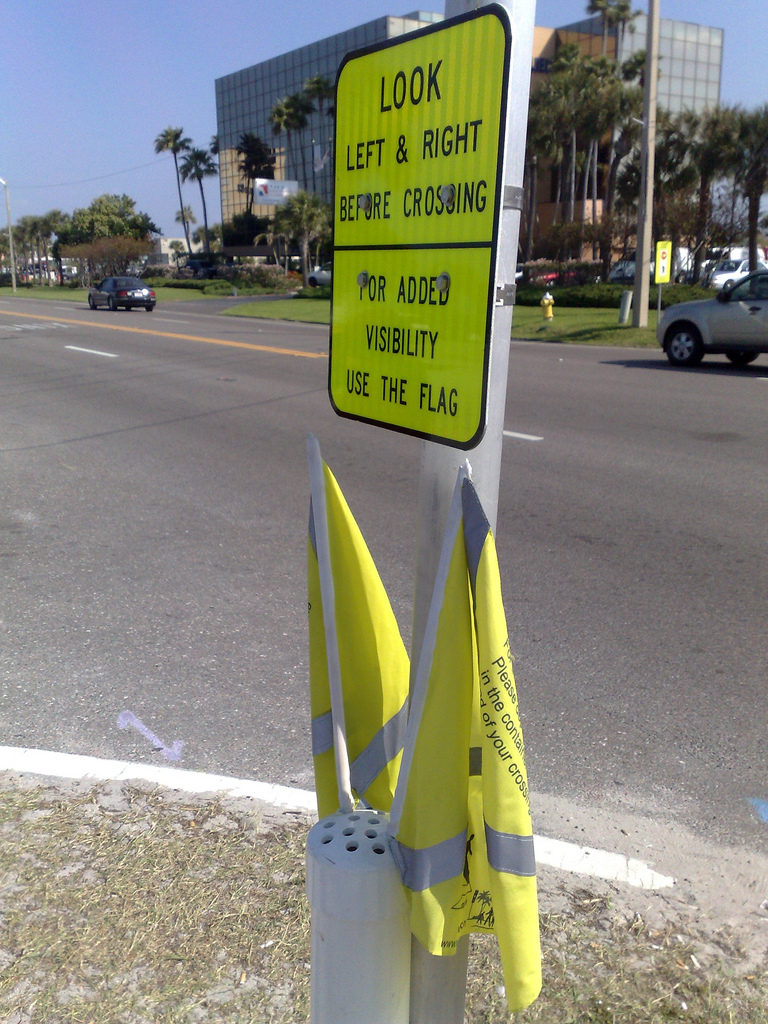 In the airport jetway in Terminal F in Philadelphia is a place where you pick up your “gate checked” luggage. There are obviously some issues that need addressing from the perspective of the luggage handlers, so they’ve modified the sign: 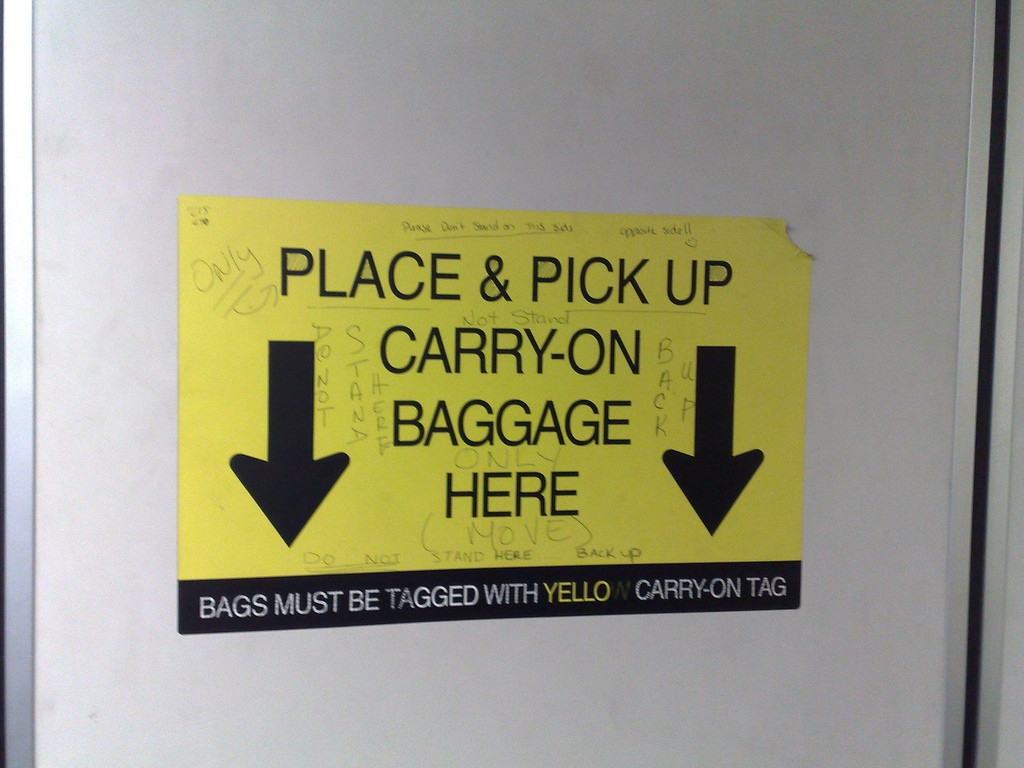 I love the flags. But I would think that the flow of commuters (and how they tend to travel in the same direction) would create the problem of all the flags being on one side.

We experienced, and saw others experience, exactly this problem: showing up at a flag-equipped cross with all the flags on the other side of the road.

I don’t know if there’s a system in place — “flag replacers” — to counter this, or if it organically works itself out.

The diarrhea warning at the fountain is required by Florida law.