Sadly, George Carlin has died at 71. It was only Friday that I was thinking that I needed to dig up A Place for My Stuff — I was headed over to Malmö with a backup with a subset of my stuff (“now what stuff do I bring?!”).

Of course the routine that Carlin was known most for was “Seven Words You Can Never Say On Television.” Apparently you still can’t say these words on TV; witness this cowardly segment on CNN: 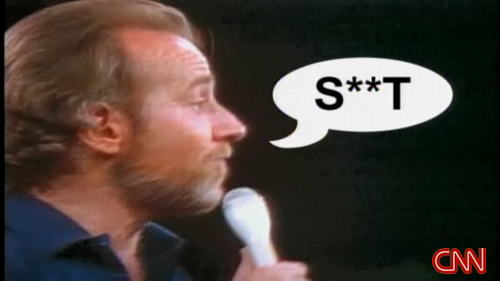 “A word for excretion.” What brave journalism.