I took in a Karine Polwart concert via Zoom on Saturday afternoon, part of the Live To Your Living Room series. I have become an unrepentant fan of hers over the last year: Ophelia was my gateway in the spring, and I’ve made my way through her canon in the months since, so this rare-mid-pandemic opportunity to see her perform live was something I jumped on. 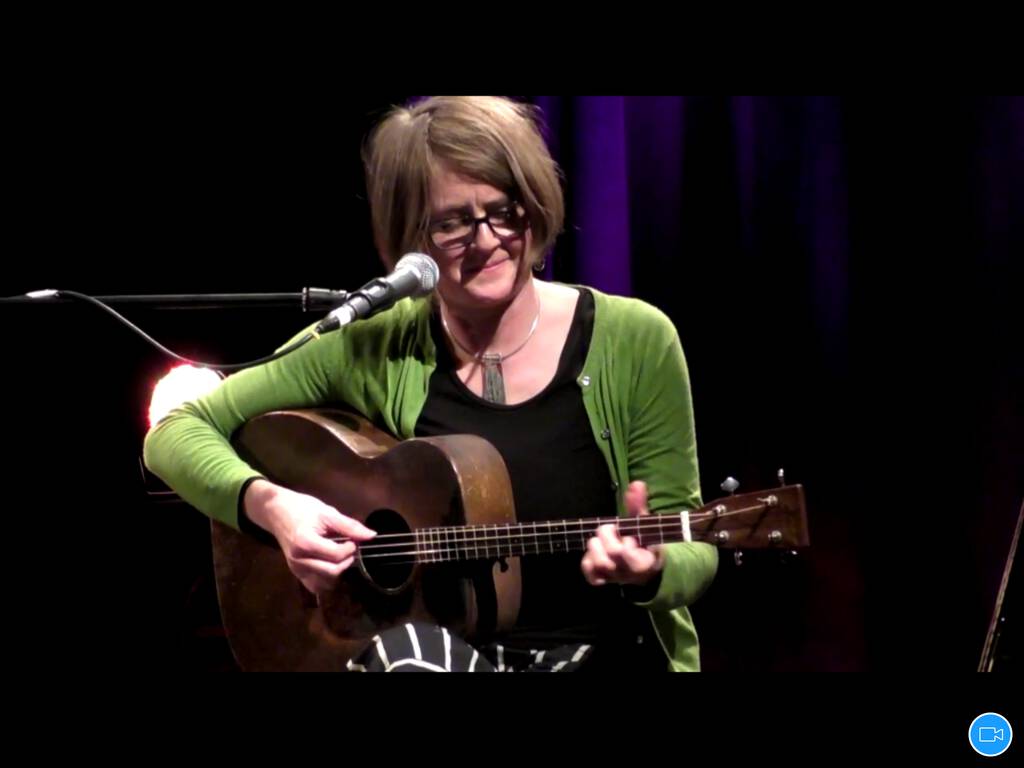 Along with, as it turned out, 999 others from around the world (I redacted names, as one generally would’t expect their name to be broadcast by way of attending a concert): 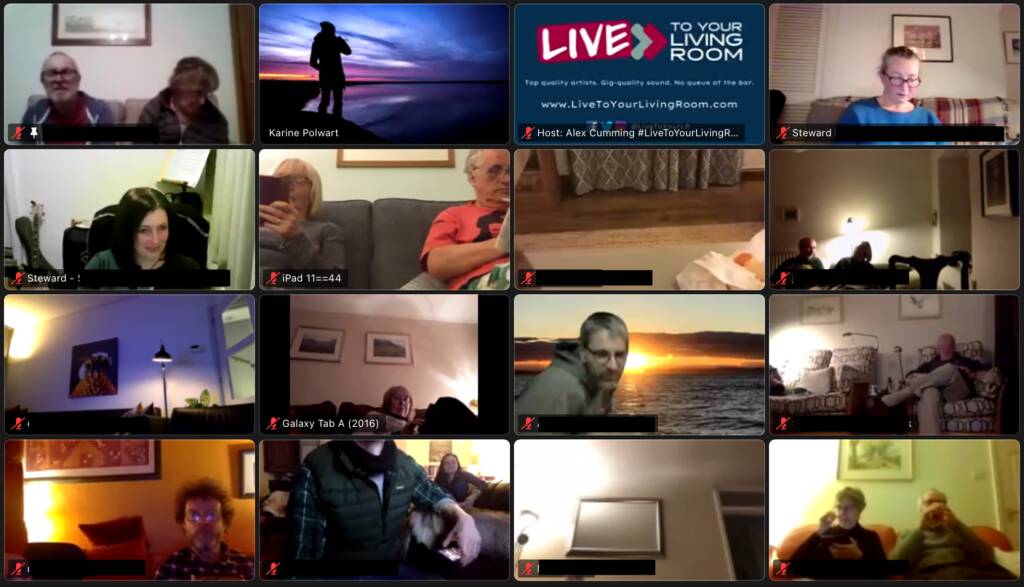 Other than Theatre Horizon Art Houses, this was the first live culture I’ve joined through my screen during COVID times. It was weird: not really like live music in the “crowded around a table near the stage at the old Trailside after having enjoyed the fish cakes and some huckleberry pie,” but also not really like watching a concert film. That there were others joining, even if I could sense them only when their microphones were brought up to applaud, did add to the experience a little, but in an aspartamey way: the acrid back-notes of the digital left me feeling unsettled and decidedly not immersed in the flow.

I think there are experiences to experiment with in the digital realm during these locked-down times – the aforementioned Art Houses are interesting in part because they don’t try to be “regular theatre,” and, instead, mine the opportunities of limitation – but my Saturday experience suggests trying to create a simulacrum of the traditional gig, via the Brady Bunch of Zoom, is not one of them.