There I was, standing on the street chatting with my friend BJ, when a long motorcade of black cars pulled up in front of us.

Shadowy figures emerged from the front and rear vehicles and spoke into their lapels while scanning we bystanders carefully.

After a few moments, the door on the middle car opened anh the Prime Minister stepped out, gave a wave, and was spirited into the shipping entrance of the Confederation Centre of the Arts. 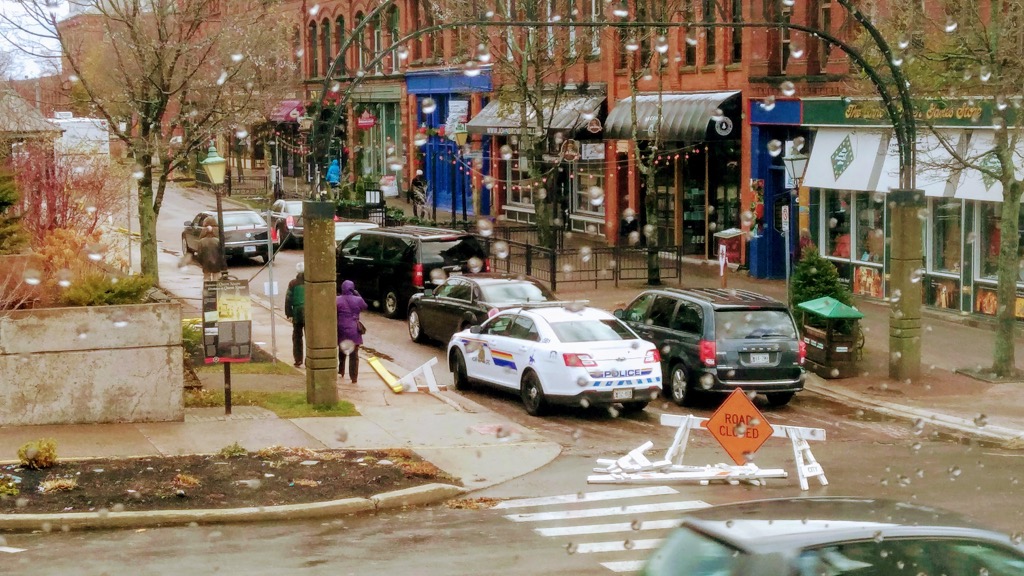 Yes it was quite the scene, a bit too American for me. I missed the lecture and was more happy to attend the Tafelmusik show in the evening on the life and music of JS Bach.