Grief is a journey. And in parallel to that journey are the myriad practical acts of unbundling from another’s life, and of shutting down or attending to the practical tools they once used.

Figuring out what to do with Catherine’s mobile phone is this week’s task.

The phone itself, a Nokia 6.1, has a storied history: last September Catherine was rushed to hospital by ambulance, the result of dehydration and exhaustion. Here’s how I told the story of that day in the email newsletter that went out to friends and family:

I was away last week, and Catherine’s mother Marina, supported by generous friends, was here from Ontario to help out. Marina’s presence was a Godsend, and made my time away possible.

Her presence also allowed Catherine to be convinced today that it was again time to call in reinforcements, and with the help of her Palliative Home Care nurse, she was able to arrange to be admitted to the Queen Elizabeth Hospital today for rehydration and recuperation.

This all happened to coincide with the time that I was due to drive Marina over to Moncton to catch the train home, and this was how it came to pass that our house cleaner, two paramedics, a home care worker, me, and Marina were all packed into our house today.

As Marina and I were readying to depart, Catherine was on a stretcher being loaded into an ambulance by the paramedics, and she neglected to notice that her cell phone was in her pocket: it fell out, crashed onto the sidewalk and, before anyone could notice, the stretcher ran over it. It did not survive.

Not a calamity, relatively speaking, but yet another thing to add to the pile.

Oliver and I did drive Marina across to the train, and we stopped at Staples in Moncton to pick up Catherine a new phone; it turned out that the Nokia 6.1, the phone that was run over by the stretcher and needed replacing, was on sale. So we simply bought a replacement, and delivered it to Catherine in hospital that night. 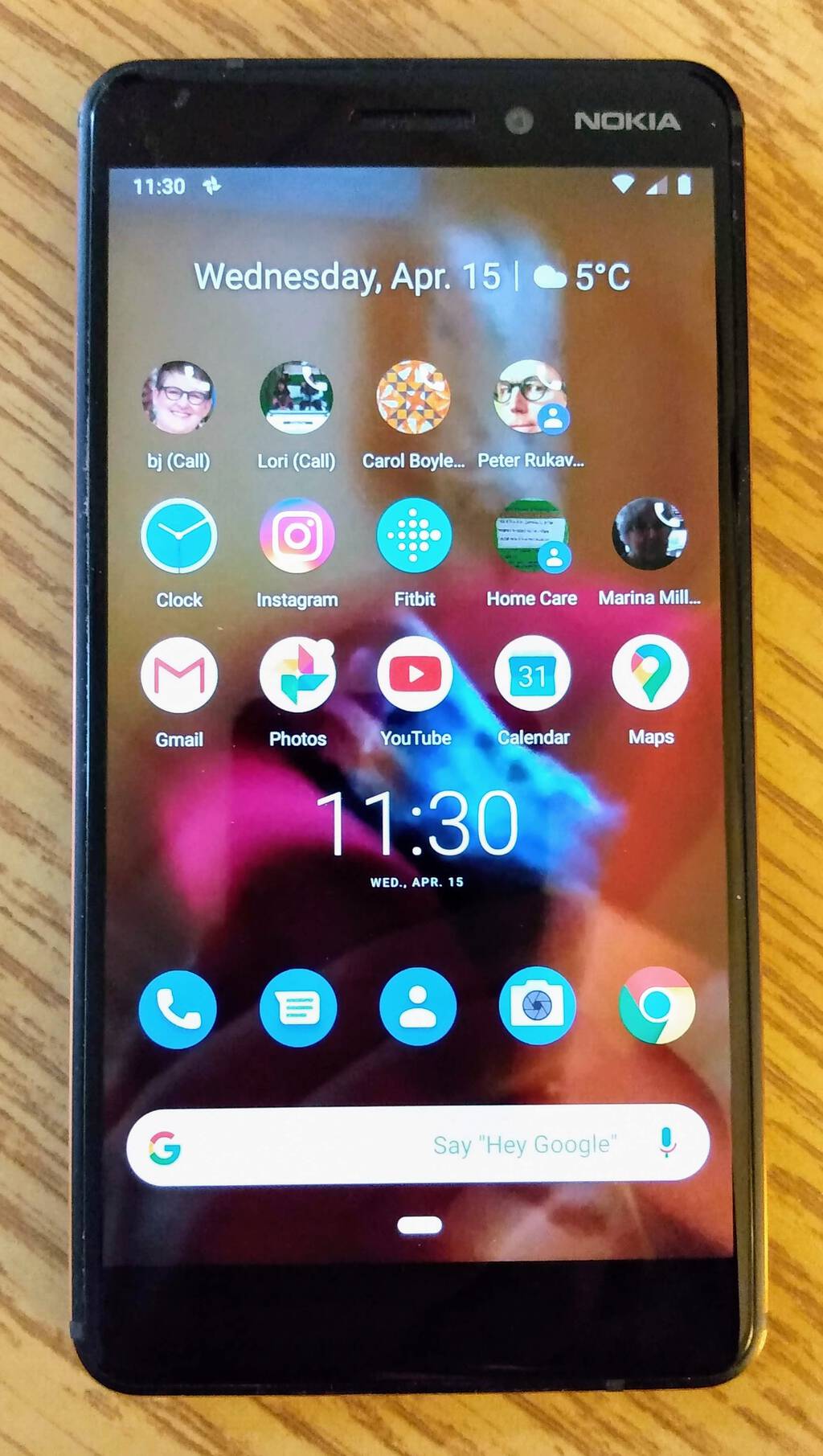 Catherine used this phone a lot. For Instagram. To send texts (for someone for whom reading and writing was a constant struggle, this wasn’t easy, but she plowed through). And as a phone.

Two things have prevented me from doing something with her phone over the last 90 days.

Three things, actually, if you count that it’s another act of closure.

First was her telephone number: all three of we 100 Prince Streeters ended up with telephone numbers ending in 9569. What to do with Catherine’s? Put it back into the pool for someone else? Keep it alive in case we need a third phone between the two of us? I solved, or at least delayed, this issue by downgrading the Public Mobile plan for the SIM to a basic $15/month plan. A small price to pay for renting a phone number for a while.

Second was the text messages on the phone. Despite that most of them were workaday “good morning!”, “how are you?”, “can you get eggs?” texts, or maybe especially because of that, the archivist in me didn’t want them to disappear into vapor when I repurposed the phone.

To solve this problem, I installed SMS Backup+ on the phone and configured it to backup Catherine’s text messages and call log, via IMAP, to her email account, which I’ve kept active, via IMAP.

It took all night to back the messages up–there were almost 9,000 of them–but now that’s done, when I login to Catherine’s Fastmail account I see two new folders, Call log and SMS. In the SMS folder is an archive of Catherine’s texts back to December 10, 2018: 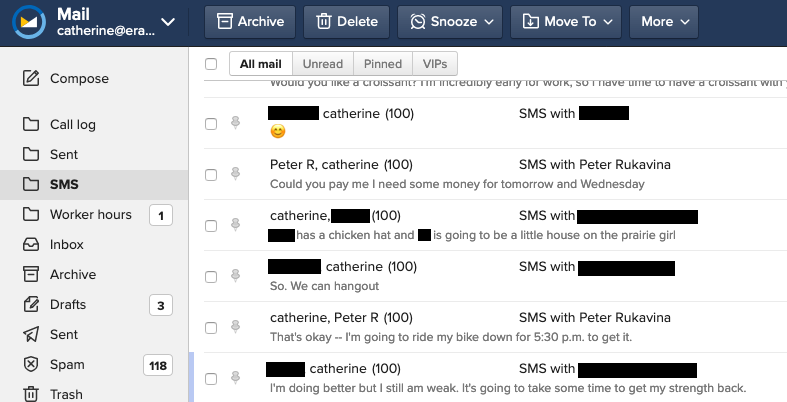 It’s a small thing, an archive only of interest to me. And perhaps never to be consulted after today.

But it’s another small step.