Longtime readers will recall that, for as long as either of us can remember, Oliver and I have been going to the Charlottetown Farmer’s Market on Saturday mornings.

I first wrote about this back in 2005, when Oliver was 5 years old; I know, from evidence like this TV commercial from 2001, that we’ve been going for longer than that – on and off for 14 years and, I suspect, almost every Saturday for more than a decade.

There’s this CBC Land & Sea documentary, to add to the pile of evidence; around 19:05 in, you’ll find Oliver and I, sitting in the same place we sit every week, enjoying our smoked salmon bagels:

Of course these days we have Ethan in tow, so our footprint is a little wider and more complicated to maneuver, as you can see in this photo taken this summer by my friend Julie: 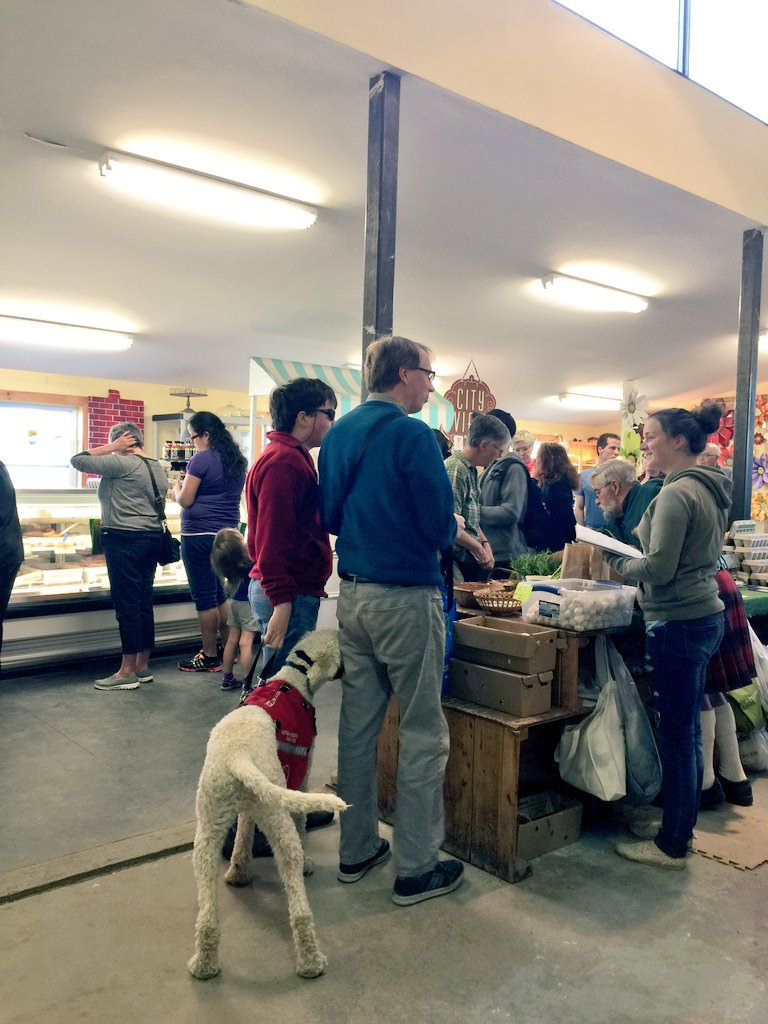 While we’ve varied our routine over the years, the inviolable stop on our weekly schedule is at the Medallion Smoked Salmon booth. For years it was Kim Dormaar behind the counter; for the last couple of years it’s been Ross Munro, who acquired the business from Kim. Our stop is inviolable as is our bagel order, which always takes new staff some time to commit to memory: two bagels, both with no onions, one with no lemon. Oliver doesn’t like lemon.

In the early days of our stop for smoked salmon, Oliver wasn’t tall enough to see over the counter, so I would, with the help and permission of Garth Taylor from the Taylor’s Taters booth next door, hop up on their potato shelf so he could see what was going on. Medallion is moving its booth after Christmas – across the market to the corner occupied by Avondale Meadows Farm, which it’s switching spots with – and so I thought it a good idea to snap a photo of Oliver at the old place one last time: 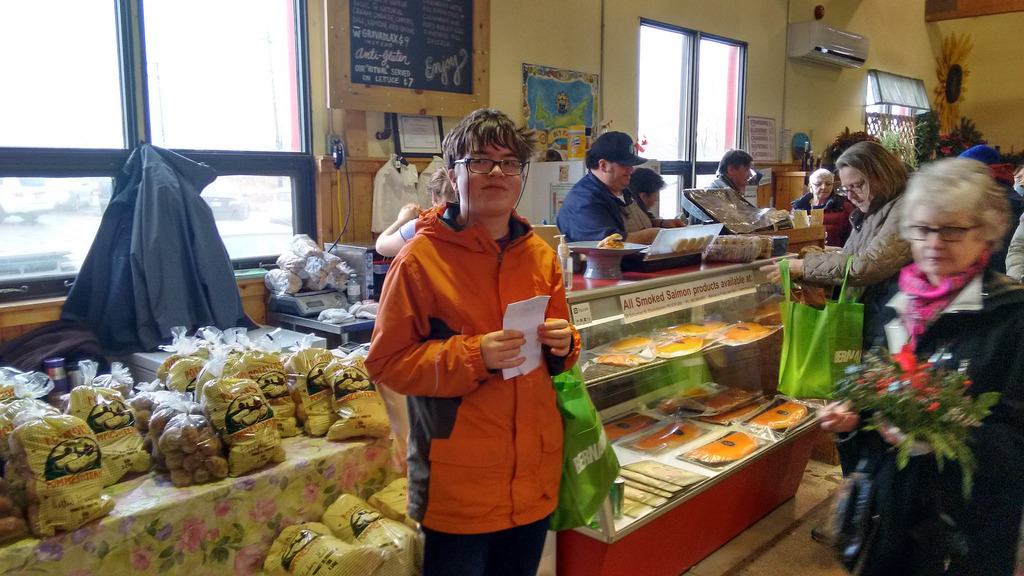 And although we’ll continue to buy our carrots and potatoes from Garth and Peggy, it seemed like a good day to get a picture of them and Oliver together too: 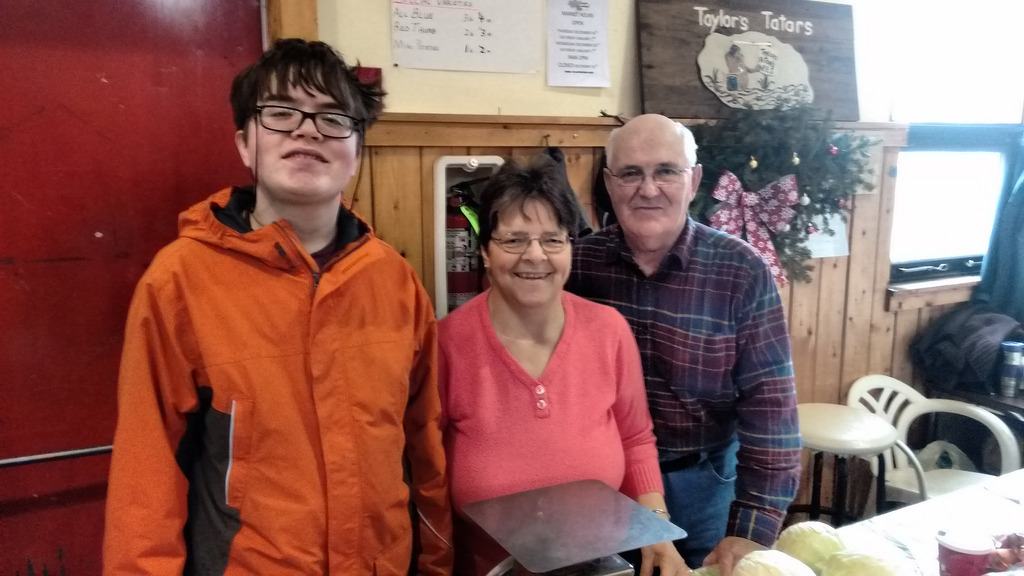 A lovely post Peter, and I certainly had an 'awwweee' moment seeing lil'Oliver munching on his bagel. :)