Ton muses about an RSS Revival:

RSS is the most important piece of internet plumbing for following new content from a wide range of sources. It allows you to download new updates from your favourite sites automatically and read them at your leisure. Dave Winer, forever dedicated to the open web, created it.

I used to be a very heavy RSS user. I tracked hundreds of sources on a daily basis. Not as news but as a way to stay informed about the activities and thoughts of people I was interested in. At some point, that stopped working. Popular RSS readers were discontinued, most notably Google’s RSS reader, many people migrated to the Facebook timeline, platforms like Twitter stopped providing RSS feeds to make you visit their platform, and many people stopped blogging. But with FB in the spotlight, there is some interest in refocusing on the open web, and with it on RSS.

I’ve been an emitter and consumer of RSS feeds since the very beginning, and so, for me, there’s no need for a revival, as I never left. I currently have 86 RSS feeds in my RSS reader, ranging from Ton’s blog itself to security alerts to CBC news headlines to the blogs of several Prince Edward Island MLAs: 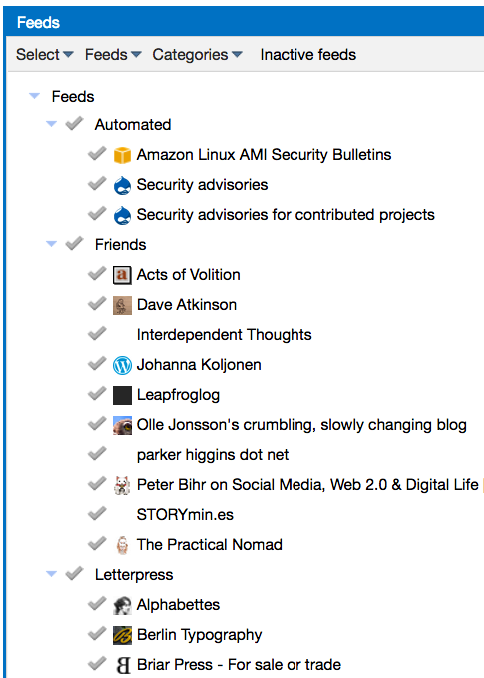 For the longest time, like many others, I consumed RSS feeds in Google Reader; when it was shut down by Google, I replaced this with a self-hosted instance of Tiny Tiny RSS, a serviceable replacement.

When I’m using my laptop, I read my RSS feeds in Tiny Tiny RSS’s web interface in a browser: 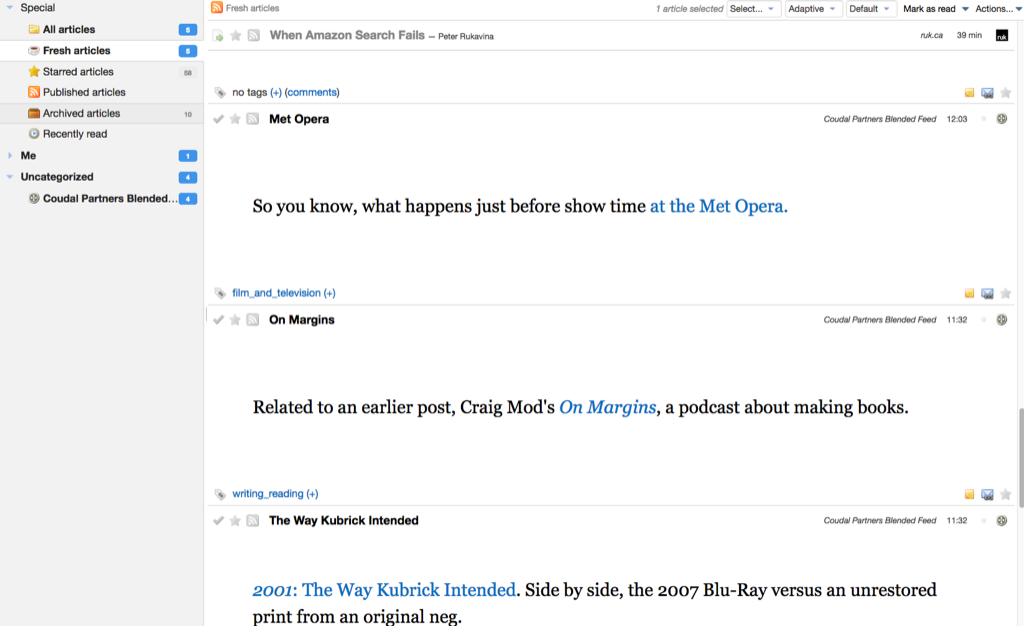 When I’m on my Android phone, I use the Tiny Tiny RSS app, which syncs itself with the server so that what I’ve read and what I haven’t is always current: 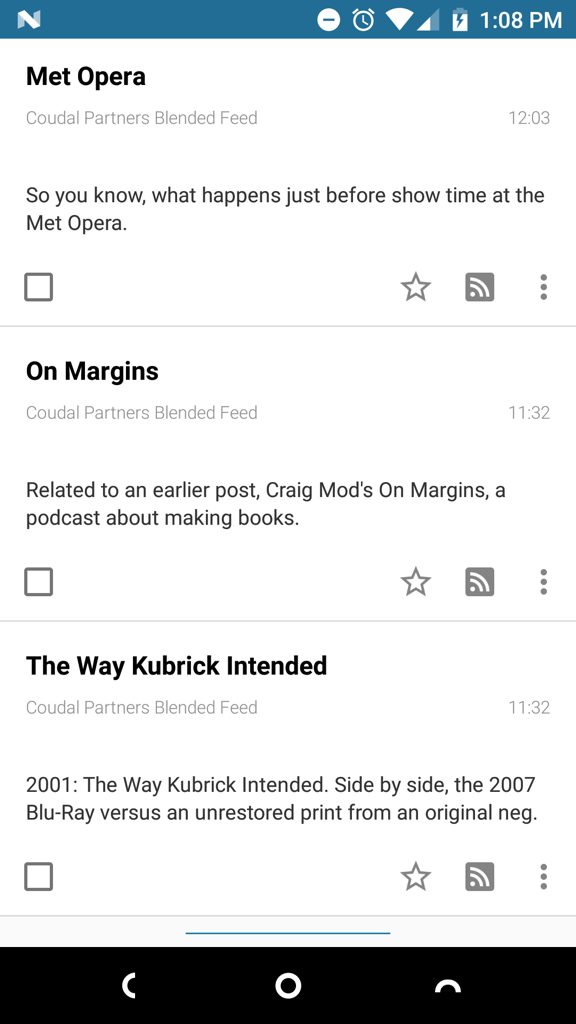 I self-host Tiny Tiny RSS, rather than using a third-party service like Feedly, because, well, once-bitten-twice-shy: I don’t want my RSS consumption to be dependent on the corporate whims of an RSS reader company. Besides, what’s the point of taking a collection of independent, decentralized feeds and centralizing them?

That said, I recognize that running a personal Tiny Tiny RSS server is outside the realm of possibility for most people. I also recognize that a lot of RSS nomenclature, including the name RSS itself, stands as a barrier to a lot of people. So there’s work to be done here to catalyze the revival that Ton writes about, a revival that, despite my own perseverance, I fully support and see the benefits of.

I read this post in Feedbin, my RSS reader of choice. RSS4ever!

Similar here, never stopped providing rss on my blog, never stopped reading RSS, currently with the Readkit desktop app. Most of the feeds I followed did dry up though. Btw tiny tiny rss, does that allow for tagging of feeds?, to be able to do things like "what are Berlin based coders doing today", or "what are the ethics interested people in the open data community talking about this week", which is how I used to shape my RSS reading, when I still tracked 4-500 feeds or so.

Tiny Tiny RSS supports categorizing RSS feeds, which effectively gets you to the same place. Here are my categories: 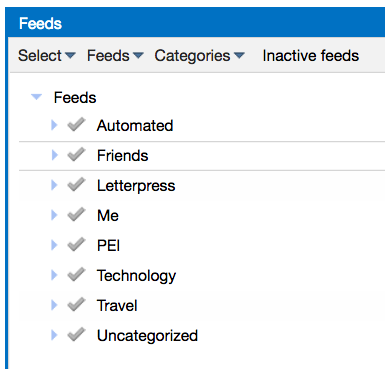 And here’s what the categories look like in the “reading mode” sidebar: 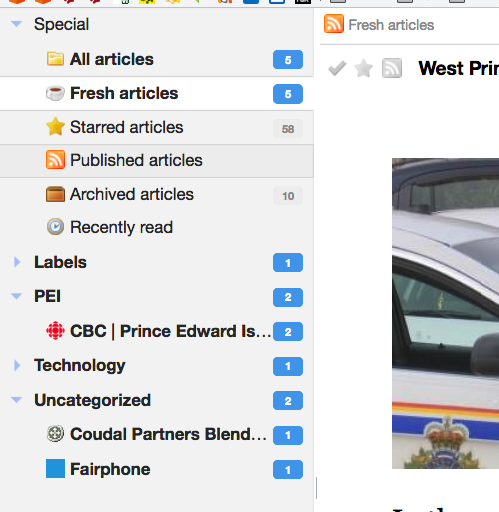 Categories is also what I use in Readkit. However, I'd very much like to be able to have multiple terms attached to a feed. So a feed in your 'friends' category may also be tagged 'netherlands' or 'gardening'. Sometimes I read in 'let's see what everyone has posted' mode, sometimes I want to read in 'what's up with the photographers' in my list. Where one such photographer maybe in your friends category, another in your travel category. Most examples I find of tagging are to tag individual postings, which is not what I seek. Having multiple tags for a feed allows me to formulate my specific context for a feed. Also because most my feeds are really people that share. Not 'Wired' but 'my friend Peter'. And for such a person based feed, I'd like to add tags that are the facets I see of such a person. E.g. Peter (friends, pei, Drupal, travel, coding, reboot, mstm, self-employed,...)