Toward the end of his career as a nearshore sedimentologist, one of the tools my father spent a lot of time working with was RoxAnn, which a paper of his describes like this:

RoxAnn is an acoustic processor which analyzes echo-sounder returns to produce a classification of bottom-sediment types which is then confirmed or adjusted with independent sample, diver or television data. Acoustic data are logged and displayed on a notebook computer running the survey program, Microplot. Microplot logs RoxAnn data and associated GPS positions at one-second intervals or about 2-3 m for the standard survey speed of 2-3 m/s and within the depth range of 2 to 30 m. Acoustic bottom types are displayed as they are collected on an electronic chart of the survey area within the Microplot program.

Put simply, RoxAnn bounces sound off the lake-bottom to see what’s down there — mud, sand, gravel, and so on.

As a RoxAnn survey proceeded, the position of the survey vessel would be logged, and could then be visualized as “tracklines,” like this: 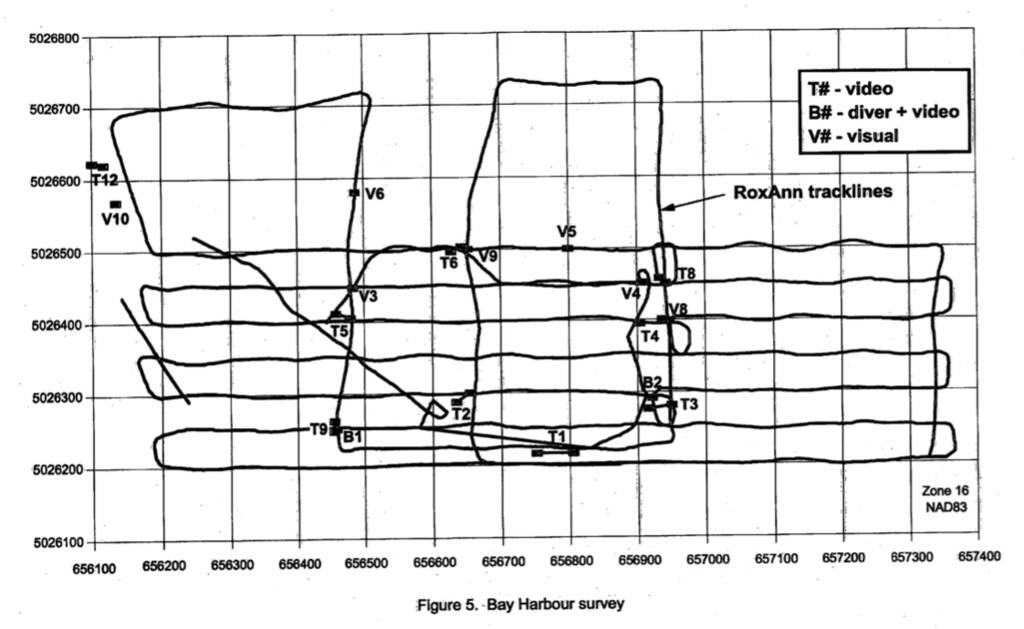 One of the last areas that Dad focused his research on was the St. Clair river, which runs between Lake Huron and Lake Erie, past Sarnia and Detroit.

One day, during a RoxAnn survey of the river, unbeknownst to him, Dad’s technicians secretly arranged to send him a message via these tracklines. As he described it to us, when Dad got back at to his home base at the National Water Research Institute after the Sarnia trip, he was analyzing the data in Microplot and, the, as he watched the RoxAnn tracklines progress through the Government Dock in Sarnia, he watched his name spelled out in GPS traces — N O R M.

When he retired, he was presented with a poster of the result, which hung on his office wall for all the years after his retirement: 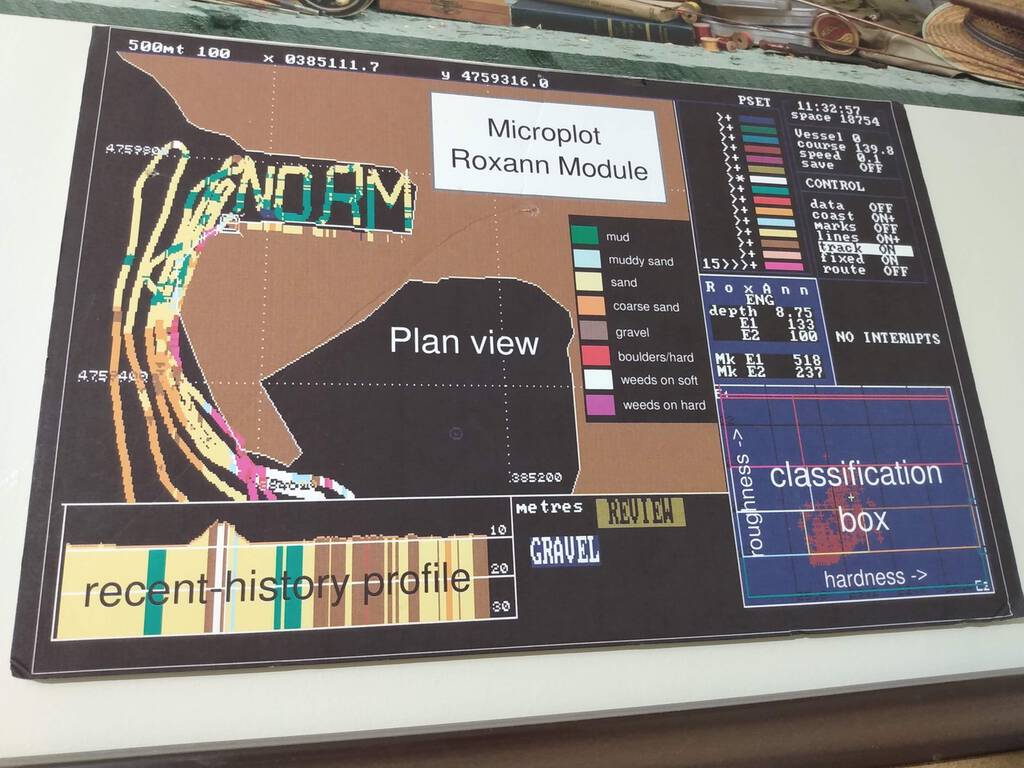 What a lovely parting homage to a distinguished career and a good working relationship it was.