So it’s the deadline date for filing last year’s corporate payroll remittance information — the T4 Summary — to Revenue Canada. Fortunately they make this easy by providing a web-based gateway for filing, and they sent me out a letter with a special “web access code” in January (red arrow emphasis mine): 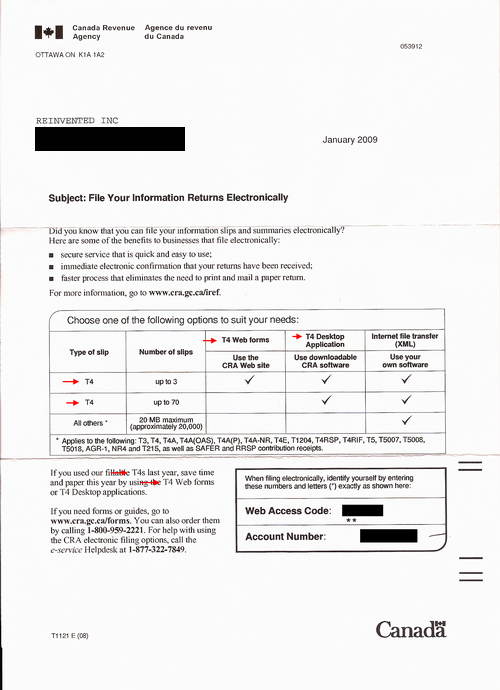 Now you might think that, given the fact that T4 appears on this letter six times, that the “web access code” on the letter would be the one that I would use to file my T4 summary. But it’s not:

I tried several times to get the code to work on their T4 sign-in page, but to no avail. Finally in frustration I called their support line (helpfully open on a Sunday afternoon) only to be told that this letter was giving me a “web access code” to file my T5, not my T4.

Was I supposed to be able to figure that out somehow on my own?

Umm, T5’s are for investment income (interest earned on investments not sheltered in an RRSP), so I’d say… No.