Now that Confederation Landing Park is again available to we in the neighbourhood after almost a month of being closed, Oliver and I were able last night to resume our nightly walk along the Charlottetown waterfront.

As it was a dreary, rainy day, we had the park pretty well to ourselves. As we walked around the park’s oval track, surveying the damage wrought the events of the past month, we came across a pile of assorted waste from the week’s filming of the Live with Regis and Kelly television program in the park: 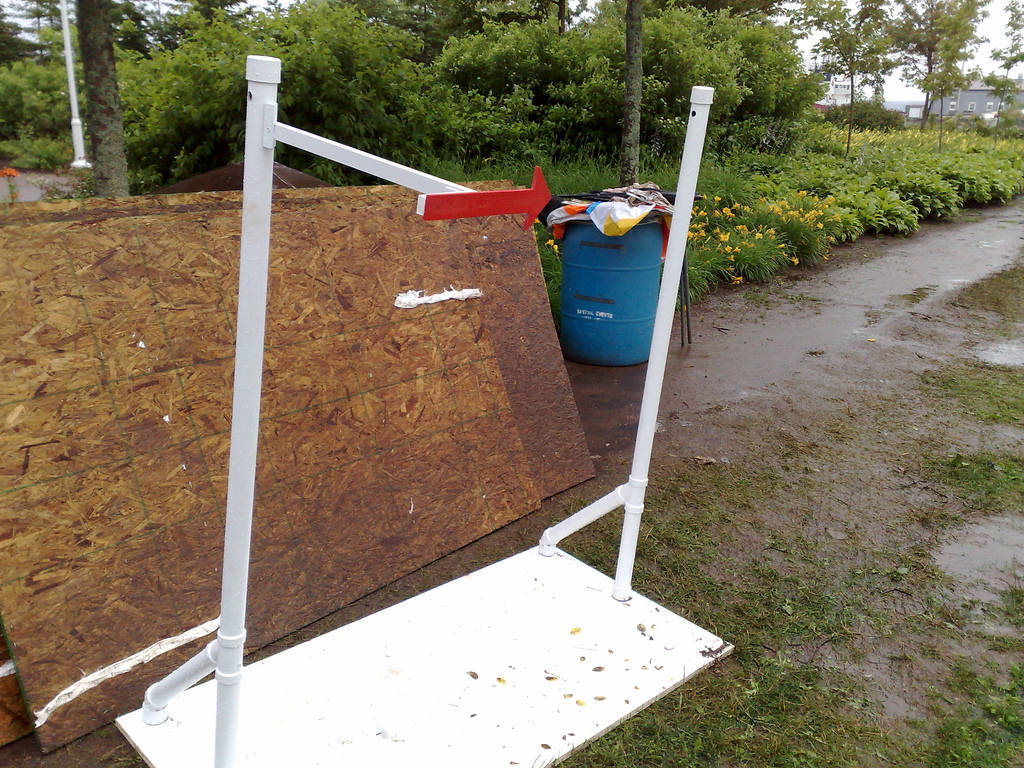 The white stand made from pipe with the red arrow attached was used for the trivia game that starts every episode of the show: it had a large beach ball with the available prizes attached to it that was spun around by a volunteer from the audience.

In the blue barrel beside the pile we found the (now-deflated) beach balls that were thrown into the audience, and underneath them (yes, we were archaeological in our approach) we found a collection of cue cards from the show. Feeling a responsibility to Island historical documentation, we grabbed them all out of the trash, lined them up in the rain, and shot a photo of each one (you can see the full-size images here): 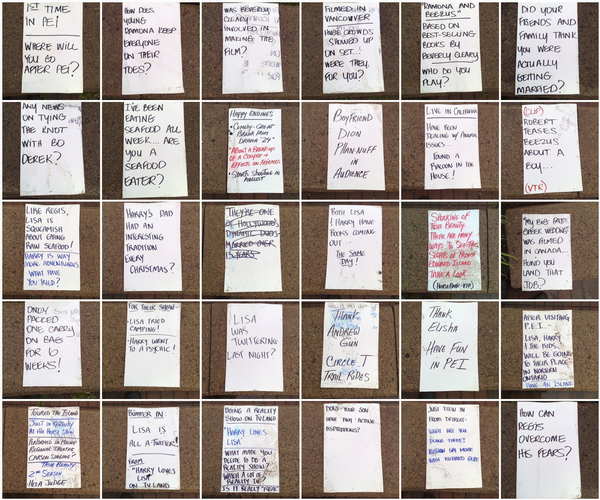 Boiled down to its most vapid like this, it’s a stark reminder of how, despite its entertaining qualities and the unquestionable benefits that accrued to Prince Edward Island tourism from the show’s location shoot, Regis and Kelly is essentially free of content of any sort.

I never read the article on your blog until I went to write this comment, but the whole time I was reading the cue cards, al I could think of was “Vapid. How vapid.” (Even, I have to admit, going so far as to to google the word to make sure I had it right: adjective
1. lacking or having lost life, sharpness, or flavor; insipid; flat: vapid tea.
2. without liveliness or spirit; dull or tedious: a vapid party; vapid conversation. ). Then I noticed you had used the exact same work to describe them. It does sum it up.