It’s been quiet here for a week, mostly because of a last-minute trip that Oliver and I took up to Montreal. The trip had a variety of purposes beyond simple “father and son road trip” (which was a good purpose in its own right). Oliver had a new cousin to visit; Alain at Atelier Domino, a letterpress shop in the city, was selling off a collection of metal type; I needed paper from Saint-Armand and some accessories for the office from IKEA.

Because of the need to haul cargo, and a desire not to tax the aging VW Jetta, I rented a car for the weekend. As chance would have it we ended up with a Kia Soul, which was the perfect car for the job: not the most comfortable car in the world, but spacious and well-laid-out for holding lots of stuff (in addition to the type and the IKEA goods we made a stop at Adonis to fill up on exotic foods). 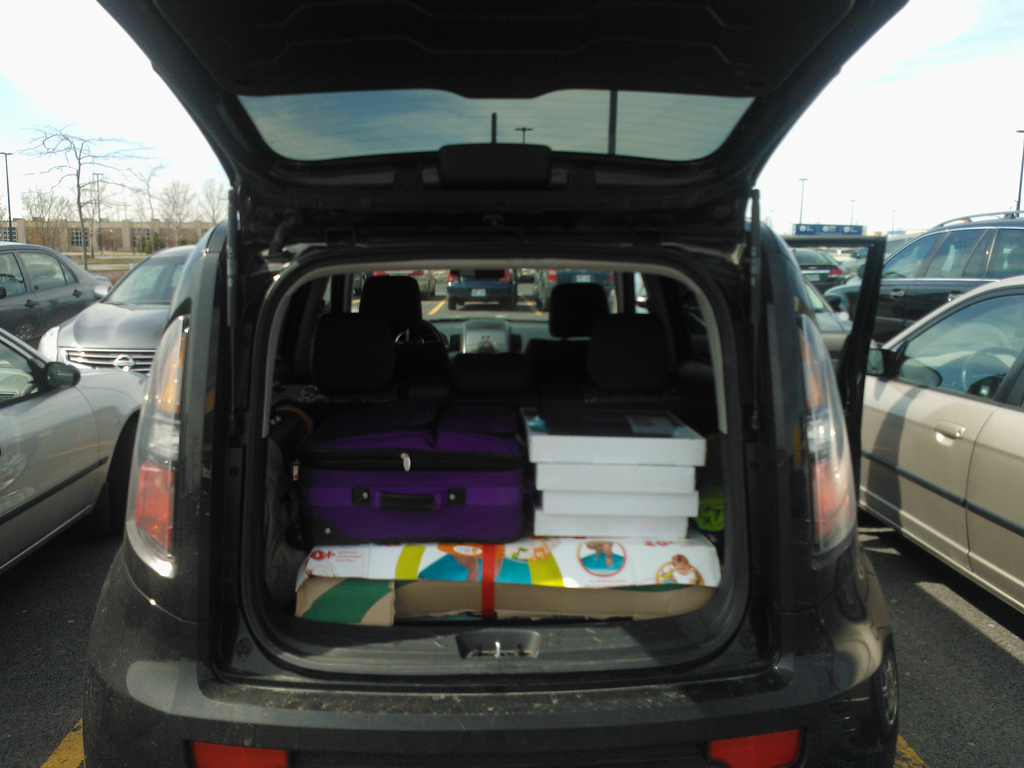 We rented an apartment from Airbnb — it was a block from Atelier Domino, close to my brother’s place, in a nice neighbourhood, and only cost us $84/night. We never met Carole, the owner, but she was quick with the email communication and the place worked out really well.

In additional to family visiting and shopping, otherwise we did the usual “father and son go to Montreal” things — visited some of the installations from the International Digital Arts Biennial, Vietnamese sandwiches in Chinatown, went to the movies (John Carter on the 3D Imax), went to the theatre (RH Thomson and Michelle Giroux in Same Time Next Year), make-your-own frozen yoghurt, fantastic Mexican food, and several very good coffees.

The driving was a killer (younger Pete would think nothing of driving almost anywhere in North America on a moment’s notice, but times have changed); we ended up doing just over 2400 km round-trip. We stayed in Riviere-du-Loup on the way up at Hotel Universel (clean, inexpensive, and seemingly teleported from 1974 design-wise) and in Edmundston on the way back at the Best Western (possibly the best roadside hotel I’ve ever stayed at — really). 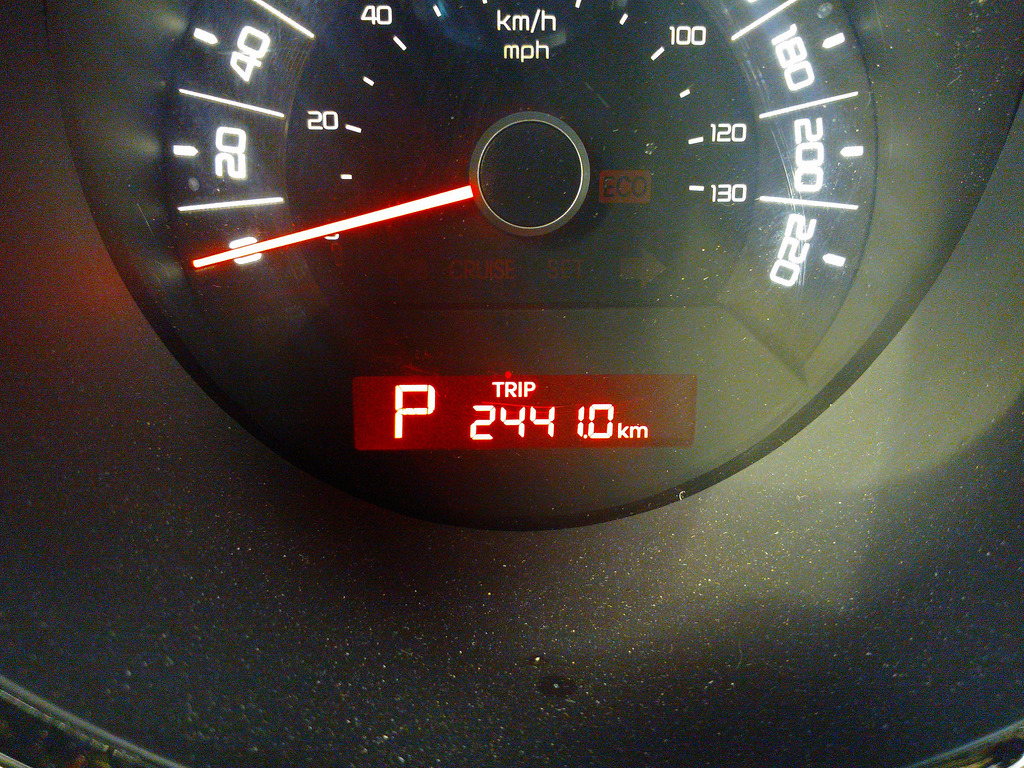 I’ve spent the night unpacking the Soul, putting together IKEA accessories and getting the Charlottetown operation back in action; regular programming resumes tomorrow.

Looks really good. It’s amazing how advanced the web is becoming. Leaves me to wonder what the web will be like this time next year…

… which I’m assuming would be fairly hostile toward anyone who’d idea it is to fill my screen with pop-ups.

… they wouldn’t take your advice on pop-up windows?

In this case the pop-up window pops up *once* and is designed to be informational: our website has changed and here’s how. I don’t have a problem with that.

I left a letterpress calendar printed at NSCAD in your office to enjoy (it is out of date but the work is nice)…
I also borrowed your mallet and was very gentle with it..it is a beauty.