On page 73 of the 2019 East Coast Music Awards program there’s a half page advertisement for the PEI Liquor Control Commission: 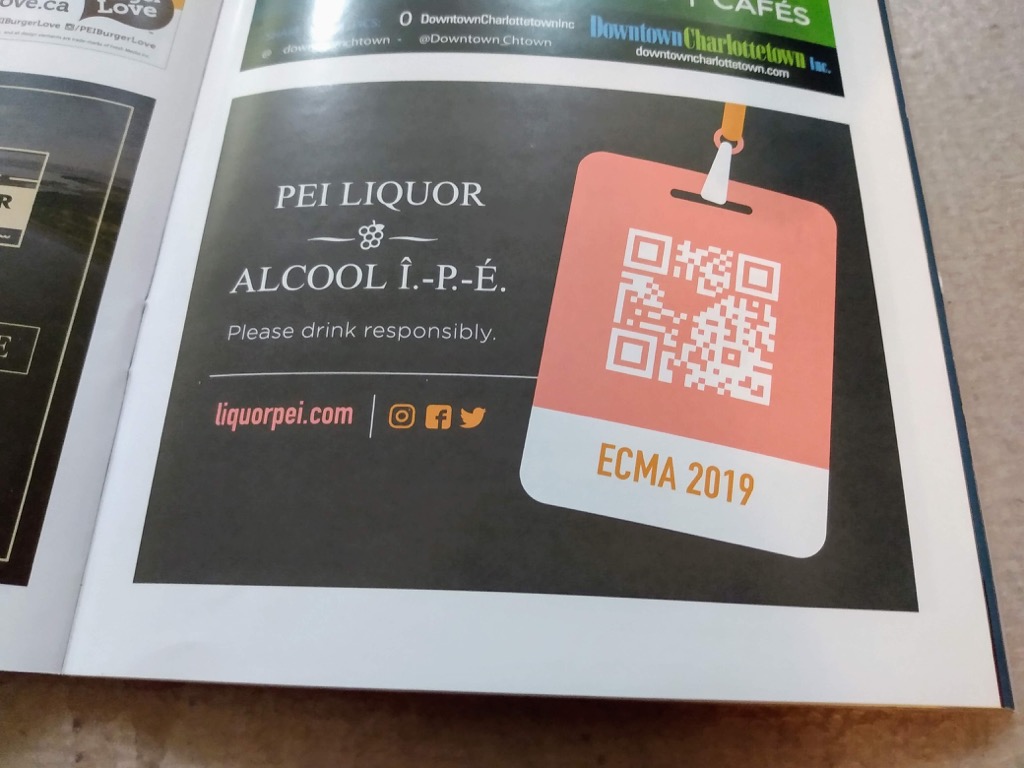 You will note that a QR Code figures prominently in the design of the ad; while leafing through the program this morning I noticed this, and I pulled out my phone to see what was encoded therein.

For reasons perhaps having to do with the QR Code’s non-standard white-on-salmon presentation, I couldn’t get it to scan; to do anything with it I needed to take a photo of the ad and then doctor the photo on my Mac, inverting the colours to be dark-on-light. Once I did that I could scan the code from my phone, where it unfurled into a link for Shopify’s website:

I alerted the marketing department at the PEI Liquor Control Commission, and their response was that it was “a stock image that was used to create the ad for the ECMA program, and was not intended to be used as a functional QR code.” 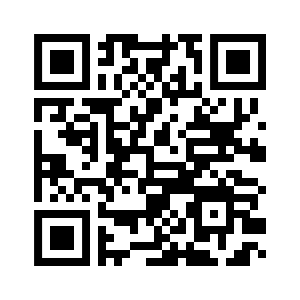 While we all share a laugh about the folly of our government’s liquor regulator accidentally advertising for Shopify, there’s a more profound revelation to be gleaned here, and that is that QR Codes, always questionable to begin with, and of so limited a practical utility as to approach none, have now become digital tchotchkes so meaningless that there is apparently very little risk in dropping random ones here and there, safe in the knowledge that nobody’s ever going to scan them.

This delighted me. Also, I hope to catch the Digital Tchotchkes while they're in town for the ECMAs.

How ill informed of the PEILC! The way the ECMA badge was prominently illustrated in an ad is exactly the way a savvy graphic designer would want to generate traffic. And yes there are still dinosaurs that scan QR codes. I am sure many delegates & attendees would have attempted to view what looked like a PEILC special for the ECMA week.

PEI Cannabis (sister company to the PEILCC) utilizes the shopify service for their web and in store promotion/sales.

I was just going to point this out. May have been some sort of kickback to Shopify.

Risky business dropping random QR-codes into adverts...if their designers felt the code had some added benefit to the advertisement, why not just make a quick code that links to their website?

QRCodes are immensely popular and useful in other parts of the world. Scanning a qrcode was how I bought fruit and coffee most days and how I added contacts to my phone.