Oliver has been auditing Philosophy 1010 (Introduction to Philosophy) at the University of Prince Edward Island this semester. When the university closed for COVID-19, classes paused for a week and then, in theory, resumed after academics came up a plan for “transitioning to alternative course delivery.”

In the case of Philosophy 1010, alternative course delivery consisted of “here are my notes for the lectures I would have otherwise have given you.” You know, like when Broadway closed, and they handed out the scripts to the patrons so they could perform the shows themselves.

This left Oliver, who appreciates the performative aspects of the university lecture more than anything else, feeling substantially under-served, and left me in the position of having to rush to fill the void.

Unfortunately I took the other philosophy course during my brief tenure as an undergraduate, the “logic course,” where we spent our days in Venn diagrams rather than reading Plato. Leaving me ill-prepared for the task ahead. But I rallied.

Using the text as our guide, I sketched the four notions of identity, and then we fleshed them out together, using real world examples from our friends and familiars. When someone loses their leg in a war, for example, do they become a different person? What about someone who transitions to a different gender? Does someone who wasn’t diagnosed autistic become a different person if they receive an autism diagnosis? Do Buddhists really have no personal identity? This is where we ended up: 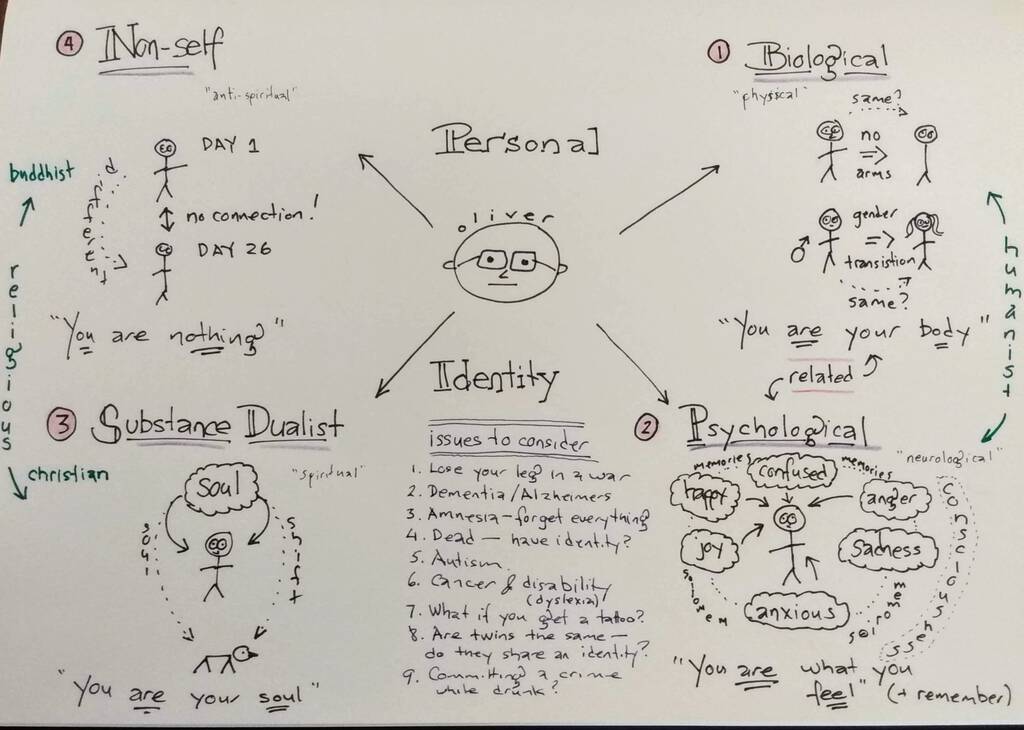 This is the concern of the first chapter of the text, but the last to be considered in the course. Oliver was particularly engaged in this topic, and I was woefully ill-equipped to provide anything but the barest details, having spent approximately 5 minutes over 53 years on my own considerations of whether or not God exists. But it was fun nonetheless. 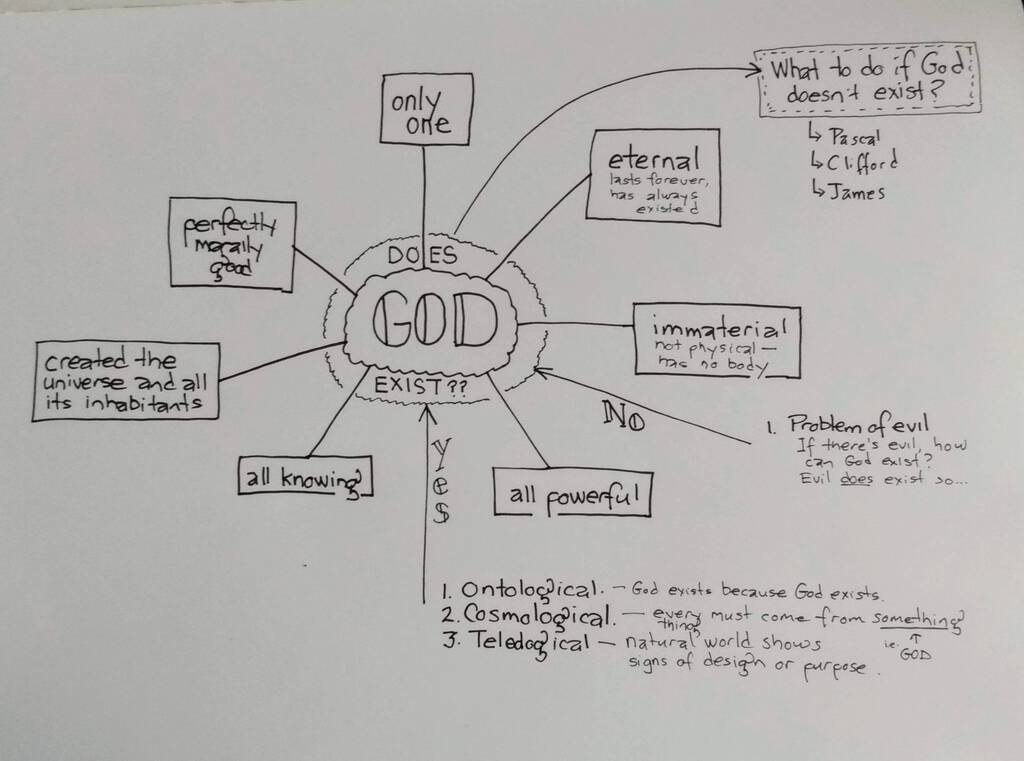 Oliver emailed our sketch of Does God Exist? to his professor and got some helpful commentary, so all was not lost on the formal front.

For typical students, all that’s left now is the final exam, the alternative delivery of which will be by email as a take-home project, with a pleasant degree of humour:

What I will do, instead, is post the exam here on moodle on Tuesday,  April 14, thus giving you FOUR DAYS to complete it.

There was, in theory, one more lecture left, for this Wednesday, although it appears as though the class proper will not consider it. Oliver and I, regardless, will meet on Wednesday to ponder Paley’s Design Argument and Pascal’s Wager.

One wonders how these courses can be accredited college courses if the students are teaching themselves.

Peter's instruction as featured here is much better than teaching in several of my accredited university courses...