Without any fanfare, the Province of Prince Edward Island launched a new website today, PrinceEdwardIsland.ca, and the most exciting aspect of the new site is that it telegraphs the Province’s plans for open data.

Like this one, with data about the popularity of the various conservation license plates in recent years. There’s a link to a CSV file at the bottom of that page; open it in a spreadsheet and it looks like this: 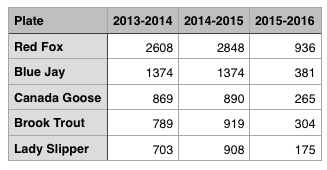 It’s nice, clean, CSV, not just “File > Save As > Excel” data, and that makes it easy to quickly create charts like this, graphically illustrating the popularity of the plates for last year: 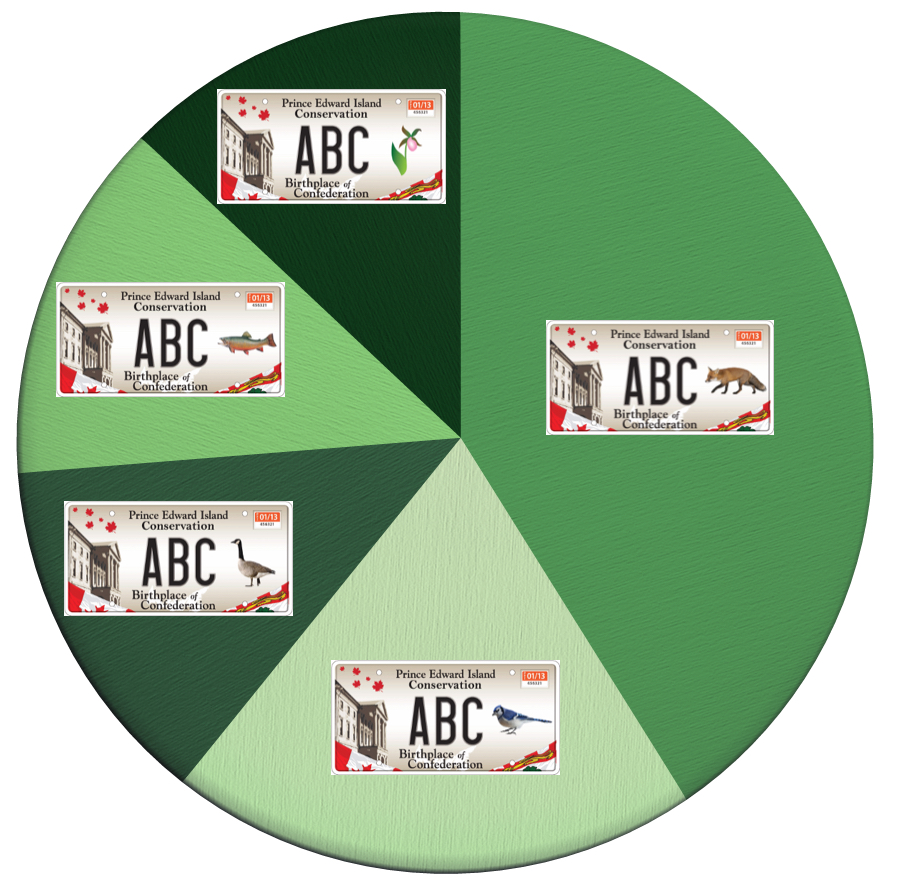 (I thought I was in the elite squad of Red Fox plate-owners; turns out I was just following the herd).

You won’t find all the data the province holds online – this is the first toe in the water – but it’s certainly a very good start: there’s everything from data about doctors to data about oysters. And the province’s license, principles and standards, modeled after the Government of Canada’s, appear sound. It’s hard not to love an effort that has non-discrimination as one of its core principles:

Non-discriminatory access to data should enable any person to access the data at any time without having to identify themself or provide any justification for doing so.

Wearing my Hacker in Residence hat, I spent much of last year talking to public servants about open data; although greater forces than I have conjured up the political will to make this happen, I’m happy to have a played a small nudging role in this effort. I’m excited to see what comes next, not only in terms of data sets, but in the gradual migration to an attitude in the public service where institutional street cred is derived from being more open, more often.

And while you may be following the herd that selected the fox, it's kind of interesting to know that a group of foxes is called a skulk, earth, or leash of foxes (source: http://www.livescience.com/27168-foxes.html).

Very nice. Would be a bit better if the page had an RSS feed to track the addition of new data sets.