The January 20, 1912 issue of The Charlottetown Guardian was notable for having sheet music on the front page. The song, “Jack O’Lantern Boogieman,” was from the show How Baxter Butted In which ran on Broadway in November and December 1905 (it was later made into a movie, the 1925 Warner Brothers film of the same name).

The promotion may have been too late, for it seems that the show closed almost a year earlier in March of 1911.

I took the high-resolution scan of the cover of that day’s Guardian (from a beta of the IslandNewspapers.ca project of Robertson Library) and, as I did with the sheet music for The Island Hymn, ran it through the SharpEye Music Scanner and saved the result as a MIDI file, which I brought into GarageBand on my Mac, fiddled with a little (assigning different instruments to each of the three parts just to make it easier to distinguish them), and then saved as an MP3. Which you can listen to.

It’s not a perfect result, of course — the newspaper scan was skewed a little, the printing wasn’t perfect to begin with, and the conversion from sheet music to MIDI is likely imperfect too. But it’s still pretty amazing to hear music leap off the page of a 100 year old newspaper. 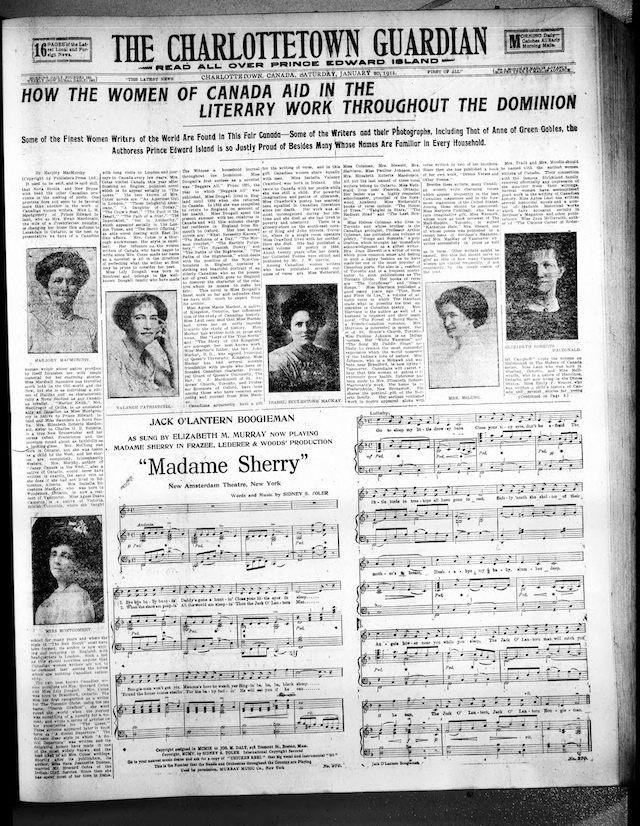