Regular readers may recall the annual photo-with-the-Premier that’s been taken since 2004 at the Premier’s Levee at the Confederation Centre of the Arts on New Year’s Day. Well, the 2011 photo arrived last week, and I’m happy to say the it’s my least-dorky-looking yet: 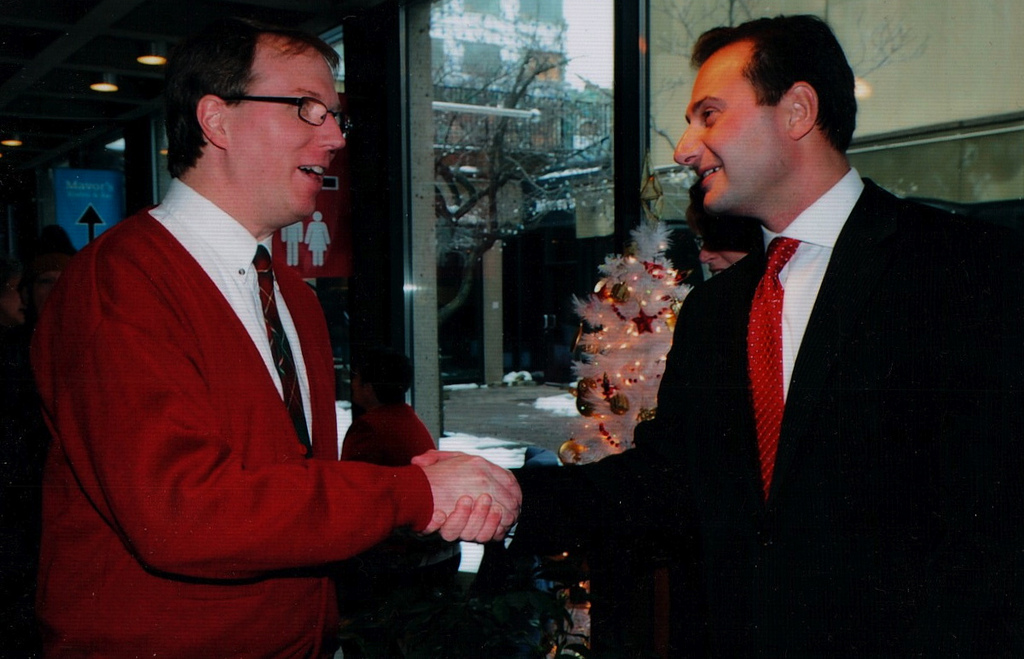 I think you’ll agree that I got my colour coordination perfect this year (in last year’s photo I was wearing way, way too much red)  I’m even wearing and Island Tartan tie.

For the first time this year we took Oliver to the levee – just the Premier’s, for a start; he’s too young to be exposed to the Masons and the Bishop – and so here’s the first in his own series of photos-with-the-Premier: 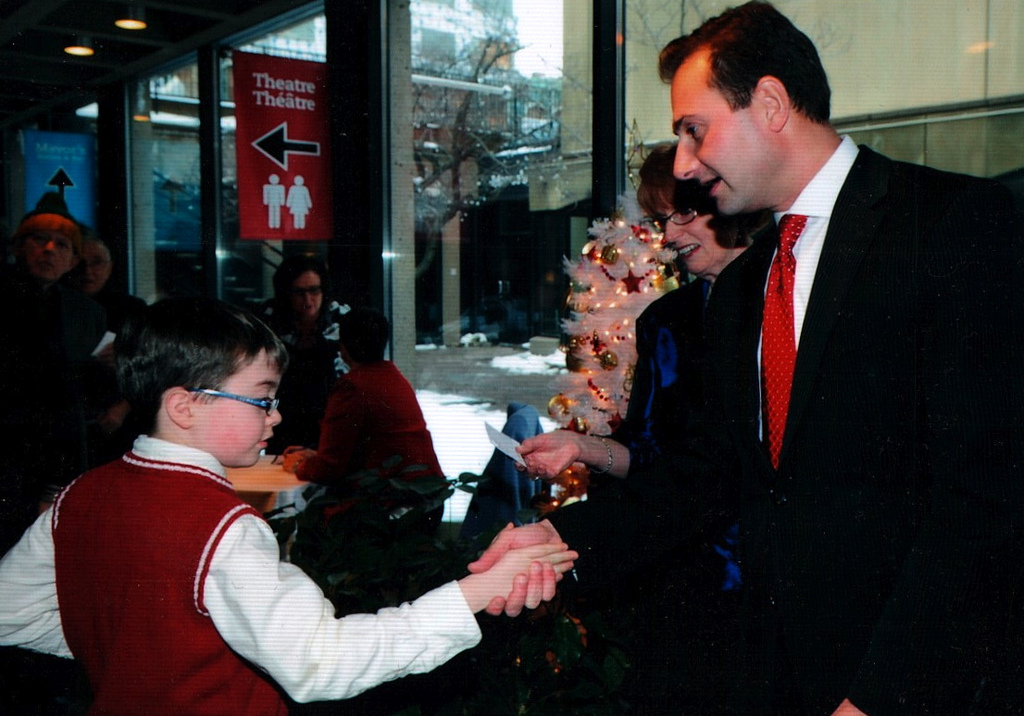 It’s a pretty good start – compared to my high level of dorkitude on my first go especially – and I think you could make the case that his colour coordination hit an even higher level than mine. Just got to work on the “when you shake hands with someone, look them in the eye” technique and he’ll be set. But he’s got the stance down.

It was a nice touch that the Premier’s Office sent Oliver his photo in his own envelope (the office amazes me every year in its ability to figure out where to mail these photos; I don’t believe I’ve ever given them our address).

I like the corky green outfit best, but then green is my favorite color.