Last night on the regular family zoom it was trivia night. Oliver made up the teams: OG Canada, OG USA, New Canada. I made up the questions, questions like:

The following pairs of NHL players are each related to each other. For each, what is their family relationship? Ty & Jack Arbour (brothers). Don & Riley Barber (father and son). Toe and Mike Blake (Uncle and Nephew). Red Kelly and Mark Jankowski (grand uncle and grand nephew). Guy Carbonneau & Brenden Morrow (in-laws).

Here are some capital cities; what are their countries? Riga, Vilnius, Chișinău, Ulaanbaatar.

When Mike and Peter were little, Mike would tell stories about what fictional band of heros?

Surprisingly, the questions that seemed to stump almost everyone were:

The teams eventually squeaked out the answers, but it was a lot harder for them than you’d think (“Alexa” was one of the answers for the last one; surely there’s something more significant than that that’s come along in the last 20 years?!).

This got me thinking about nuclear weapons, which didn’t make the cut, but arguably have been one of the most significant inventions in the last century, if by “significant” we mean “existential threats to humanity.” Right up there with the internal combustion engine.

The threat of nuclear winter was a palpable part of my childhood in a way that people of Oliver’s generation will never understand. When The Day After aired in 1983, it seemed like a real possibility that it described our future. We watched Dr. Helen Caldicott in the 1982 documentary If You Love This Planet in high school and her warnings about the dangers of the nuclear age were more than just academic.

So the idea of going into a bunker when Buffalo, New York was hit by Soviet missiles, only to emerge sometime later into a much-changed world, seemed like something that might be part of my future, a possibility helpfully illustrated for my teenage imagination by Jason Robards, Steve Guttenberg and JoBeth Williams: 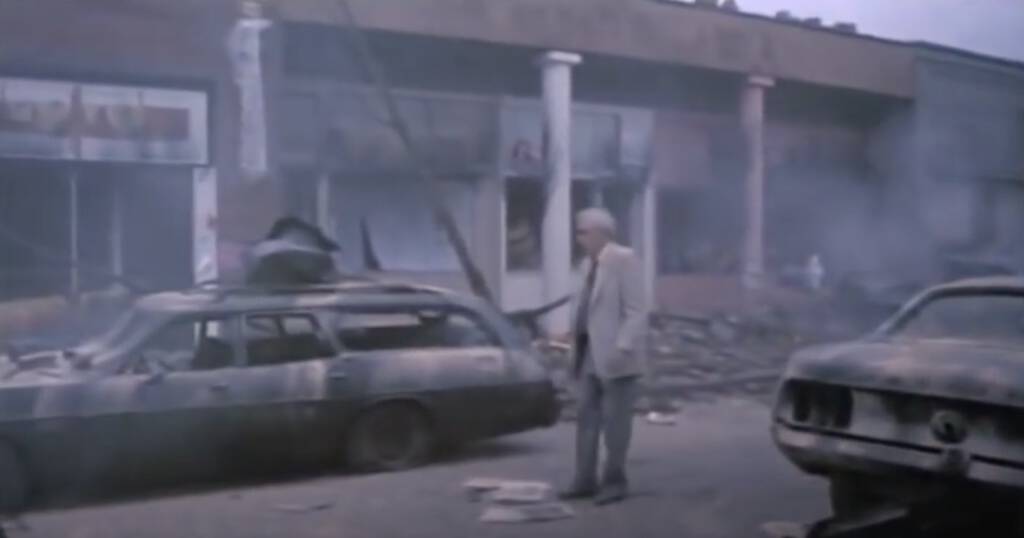 Today was the first day the Charlottetown Farmer’s Market was open, in something approaching its usual fashion, in 17 weeks, and there was no way that Oliver was not going to seize the opportunity to latch onto some pre-COVID routine comfort, so I concocted a reasonable simulation of our regular Saturday morning, mindful that the market, while open, was not operating at full strength and thus was going to be missing some important components.

I started the day making a smoothie-to-go for Oliver, as this was something I knew he’d be missing. Then we headed for Gallant’s in the industrial park, where Tyler helpfully had a couple of smoked salmon bagels waiting for us to pick up. Bagels and smoothie in hand, we parked in the UPEI parking lot across the street from the market, waving at friends and neighbours coming and going.

We managed to time our arrival perfectly: there was no line-up at all, as the early-birds were gone and the late-birds were yet to arrive.

The market was set up in a large loop in the parking lot, the market building itself closed. Oliver was initially flummoxed that the vendors were in a different order than our usual loop sees us encountering them: John Macfarlane was near the beginning, not the end, for example. Oliver was also perturbed that the instructions from the market were to move right along and not dawdle with the usual small-talk, something he described succinctly in an after-action blog post.

While the effect was rather more pleasant than emerging from a bunker into a post-apocalyptic wasteland, it did have the effect, more than anything else I’ve encountered in the months since March 7, of reinforcing that everything is different now.

We walked the out-of-order loop, making the best of the topsy-turviness, buying Peach My Cheeks iced tea from Willow, spinach and bok choy from Paul and Jen Offer, chocolates from Katlin, romaine lettuce from Sam, and perogies from Lori. We’ll be eating salads every meal this week, I think.

We did manage to fit in a tiny bit of kibitzing, not nearly enough for Oliver’s tastes, and not enough, thankfully, to exact penalties from the COVID-enforcement monitors.

The end effect was something equal parts pleasantly familiar and eerily different.

Who knew that 1971’s The Andromeda Strain was the film I should have been paying attention to when looking for the apocalypse in my future. 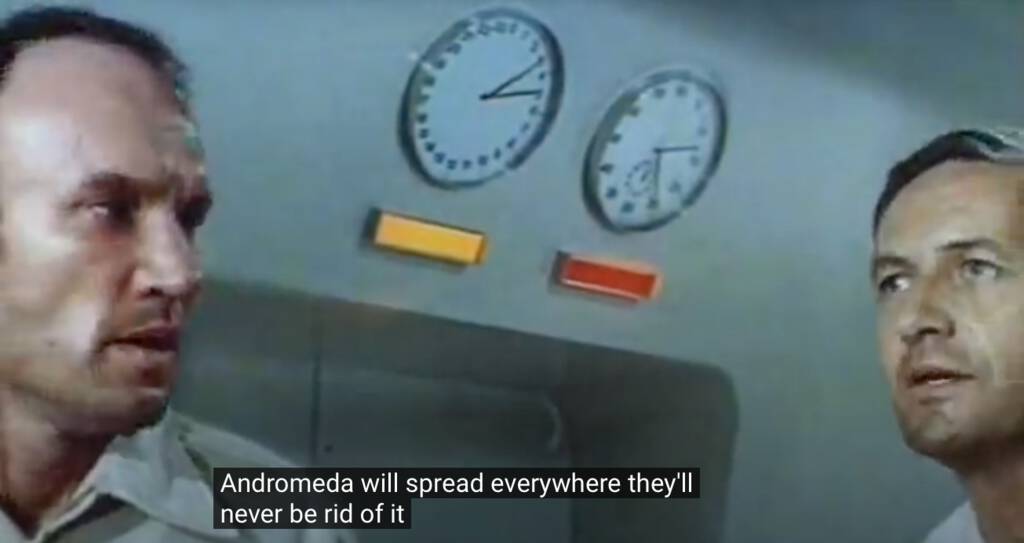 I was 12 when I saw “On the Beach” and I had already read the book. Although I found it morbidly fascinating, I didn’t have nightmares or live in fear of nuclear attack. Somehow I assumed it would never happen.

This summary is from Wikipedia:

On the Beach is a 1959 American post-apocalyptic science fiction drama film from United Artists, produced and directed by Stanley Kramer, that stars Gregory Peck, Ava Gardner, Fred Astaire, and Anthony Perkins.[2] This black-and-white film is based on Nevil Shute's 1957 novel of the same name depicting the aftermath of a nuclear war.[3] Unlike in the novel, no one is assigned blame for starting the war; the film hints that global annihilation may have arisen from an accident or misjudgment.