Here’s a nice historical photo of the Port of Charlottetown my friend G. found in a pictorial book from 1984. The photo was taken after Harbourside was constructed, but before the Delta Prince Edward hotel, and well before the oil tanks were replaced by Confederation Landing Park.  When we arrived in Charlottetown in the winter of 1993, the port looked more like this than how it looks today; there’s no arguing that there’s been a dramatic improvement in this area over the last 17 years. 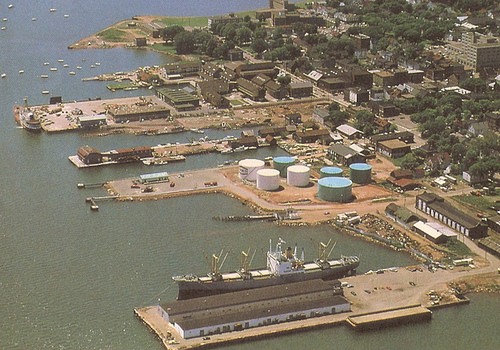 Here’s a contemporary photo for comparison (thanks to Dale for sending this along, and to the City of Charlottetown for permission to use it here): 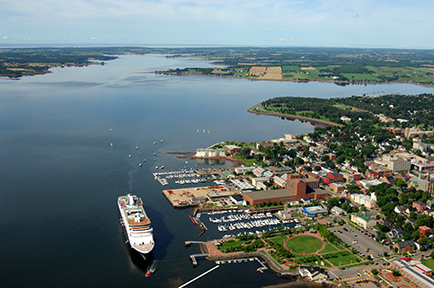 Back then, it was more of a port. Now, it is more of a recreation area. They are mutually exclusive. You say it is dramatic improvement. Maybe you are right, maybe not.

But, the audacity of “no arguing”? Certainly if one equates less commerce with improvement, they you will garner support.

Those who consider and recognize the value of a port to commerce might have a different view.

Halifax is proving you can have an attrative waterfront and an active port side by side.

Tourist driven change doesn’t always have positive spin-offs but this one improves the life and health of residents.