If you did a Google search for windows vista this morning, here’s what you would have seen: 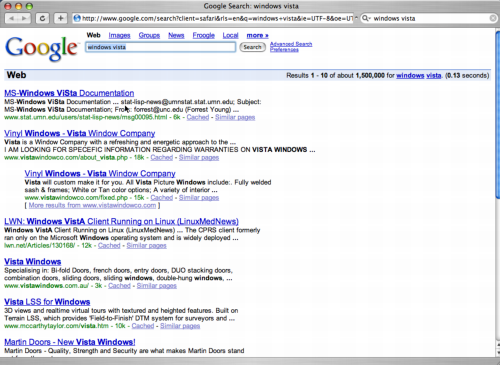 I pity the poor folks at Vista Windows in West Columbia, SC — they’re about to fall completely out of Google now that Microsoft has announced that the next version of Windows will be called “Windows Vista.”

I guess I’m lucky they didn’t call it “Windows Reinvented.” 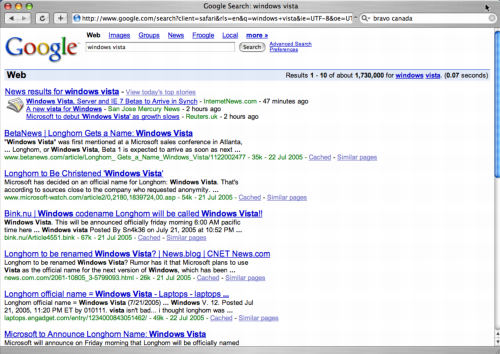