I turned 48 on Saturday, which we celebrated with breakfast at Kettle Black followed by an enthusiastic shovelling session to extricate our car from the ice and snow. I could swear we were picking strawberries on my birthday when I was a kid, but that’s probably not true; but surely there were never snow banks in April in the 1970s, were there? 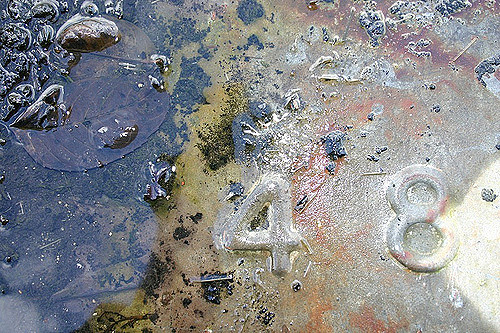 There’s a funny thing that I’ve noticed in the last few years, the kind of thing that get’s punctuated at birthday time: as we all get older it’s like we split off into generational squads, a sort of “shirts and skins” of life, with the people on our team those with whom we share history, pop-cultural references and the degree to which we are shop-worn.

As Fibber McGee and Molly was to my parents, WKRP in Cincinnati is to my squad.

What I didn’t anticipate in all this was the sense of common cause I have with those of, say, plus or minus 5 years. It’s not “kids today!?”, it’s not “I walked a mile and a half to school,” it’s more like a knowing wink, an increased sense of confidence, and the surprise at the sudden realization that, hey, we’re running this thing now.

I notice this most around the Home and School table, an organization that, because it’s composed entirely of parents of school-age children, generally excludes the younger and the older and thus is perhaps the closest we have to a generational clubhouse. Around that table are people with whom, in many cases, I share almost nothing; we’re from different upbringings, have different politics, different life experiences. But we’ve all got kids making brochures about heat pollution and learning about vertices and worrying about the school dance. And that’s enough to join us together, sometimes rather profoundly.

As it happens, I’ve been walking around for the last year thinking, mistakenly as it turns out, that I turned 48 last year. And so this year is like a special secret bonus year. I promise to try and make it worth it.