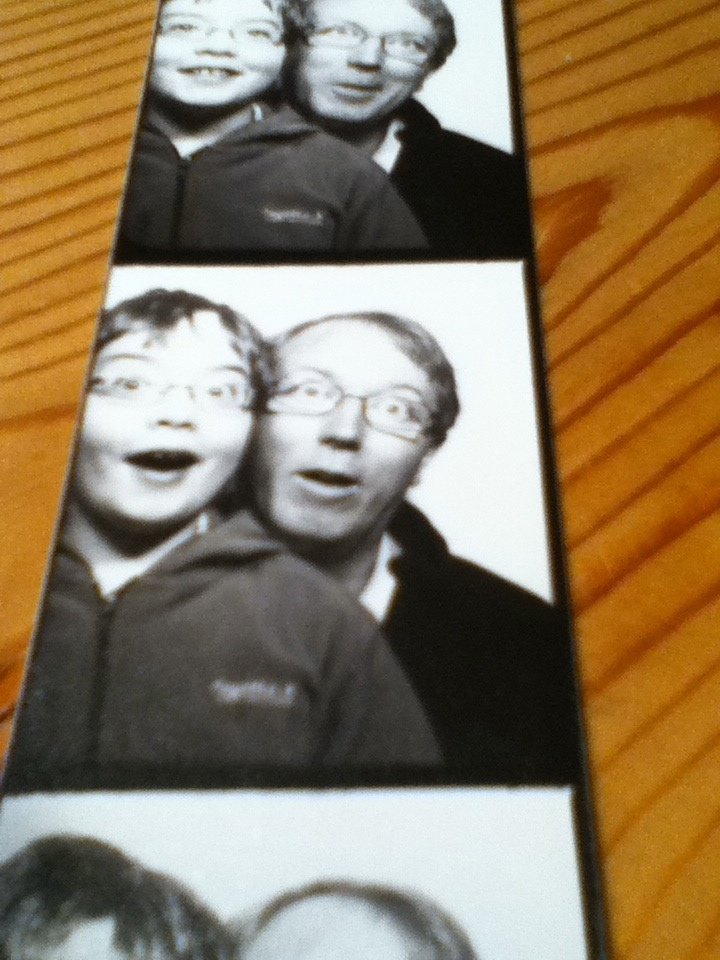 Back at the end of July in Berlin Oliver and I went out one weekday morning for an adventure in deepest Kreuzberg. We had smoked salmon bagels at Barcomi’s, went comic book shopping at Grober Unfug, bag shopping at bagAge and generally enjoyed a fresh summer morning walking around the neighbourhood.

Walking toward home on Zossener Strasse we came across a photo booth, a photo booth taking black & white photos no less. As we have a long history of taking a father-and-son photo in a photo booth while traveling, we had no choice but to stop and have our photos taken.

There’s something magical about a photo booth, something that happens photographically or behaviorally that you can’t recreate with your own camera: in this case we came pretty close to capturing the essence of our father-and-son relationship.

It was only later, on finding a booklet at Modulor about the creative nexus at Morizplatz, that I learned that the Photoautomat brand that graced our local photo booth is a hipster revivification of the photo booth tradition. On the Photoautomat website you can see, in their Gallery section, yet more evidence of the magic of the phenomenon.

Once again, it must be said. Pete + mini Pete.

The hipsters of analogue photography have also arrived in Vienna. Analogue black and white photobooths can be found at MuseumsQuartier, Pratersauna (electro club) and Generali-Center (shopping center on Mariahilferstrasse 77). Find all locations here: www.fotoautomat.net — they also do rentals: www.fotoautomat.net/vermietung