I walked up the stairs to a well-kept building downtown that houses three apartments and rang the bell for the one housing Green Party supporters. I heard some shuffling inside, the door opened, and I was greeted by a woman on the telephone, motioning for me to wait a moment.

As I stood by, I could not help but overhear the person on the other end of the line, as the volume on the phone was very loud:

The RCMP are going to transfer $1,000 into your bank account, and this will then act as a sting operation for the group that hacked into your account; they will go to the nearest Google Store and take out the money, we will be alerted, and then…

And so on. As I listened, it became evermore evident that this was a very skilled phone scammer at work.

Eventually I could listen no longer: “this person is lying to you,” I chimed in; “I suggest you hang up the phone and call the police.”

I offered to take the phone from her, and once I was speaking to the scammer, I asked for his name, ID number and company. He gave me an Ottawa phone number, and told me he wasn’t from a company, but was from “Weasel.” Okay.

I finished things up: “you are lying, you are committing a crime; I am going to hang up now and we are calling the police.”

I found out that he’d kept her on the line for almost an hour with a never-ending stream of twists and turns, all just plausible enough that she’d been afraid to hang up.

I reassured her that she’d done nothing wrong, and that she was the victim of a very convincing scam artist. I recommended that she have a cup of tea, and then phone her bank and the police to report the incident.

And then, only when she’d had a chance to catch her breath, make her way to the polls.

Just one of the many adventures I had touring around Charlottetown as part of the Green Party “get out the vote” effort yesterday.

My day started at 7:30 a.m. at the Green “sign wave” in West Royalty; after a quick stop at Green Party HQ in Sherwood, I dropped Oliver home and set out on my appointed rounds.

My job was to take poll-by-poll lists of previously-identified Green supporters and visit each one, knocking on their door to see if they needed a ride to the polls or had any other concerns, leaving a door hanger if they weren’t home. I started out, ambitiously given my brooding chest cold, on my bicycle, covering the downtown polls from the east end to Haviland. 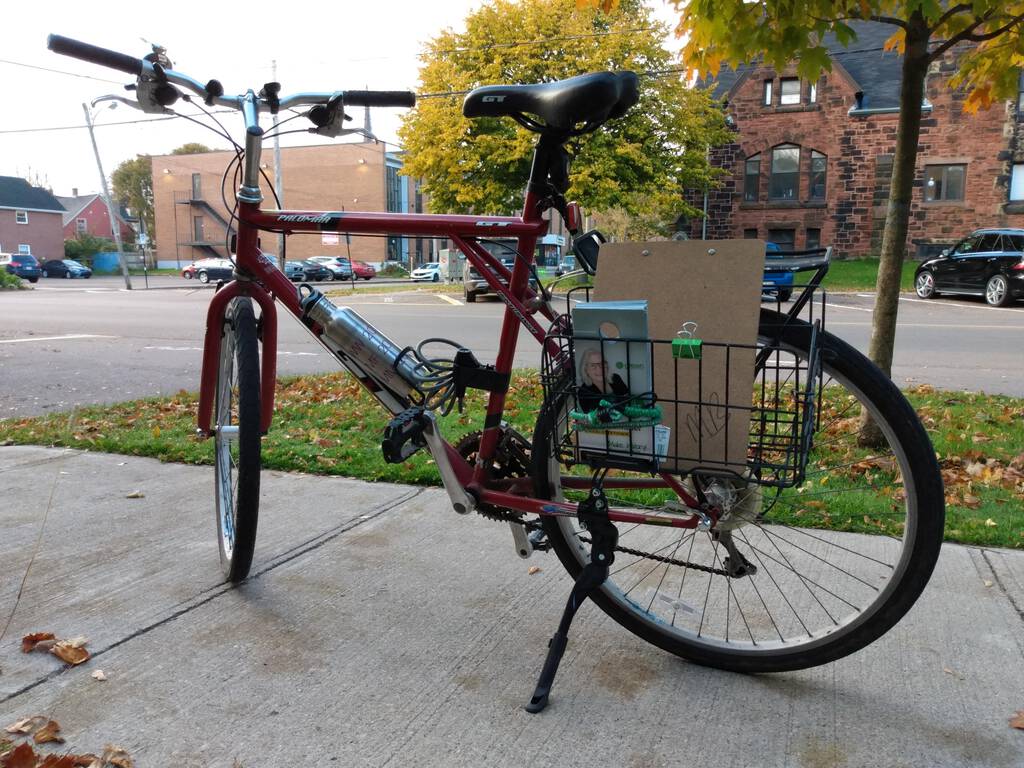 I met a lot of interesting people, set up some rides to the polls, left a lot of door hangers. I visited people in the swankiest of buildings and the humblest of buildings. I learned that there’s no way to predict who’s going to be a Green supporter.

Once I’d finished my downtown polls, I drove back out to HQ, wolfed down some lunch (Greens, I have discovered, have the best food of any of the political parties), and left with a new sheaf of lists, this time for the area between University Avenue and Queen Elizabeth Drive, a swath of town that also encompasses a full spectrum of housing and income levels. For this round I loaded my bicycle into the trunk of my car and set up a base on Admiral Street, cycling around in concentric circles until I had everyone covered, and then moving east and doing it all again.

I got upbraided for knocking the door while the children were sleeping (sorry!), barked at by a lot of dogs, experienced every possible model of doorbell and house number, and thanked by more than one family for the reminder to vote. I visited a building with a comfortable chair inside the elevator. 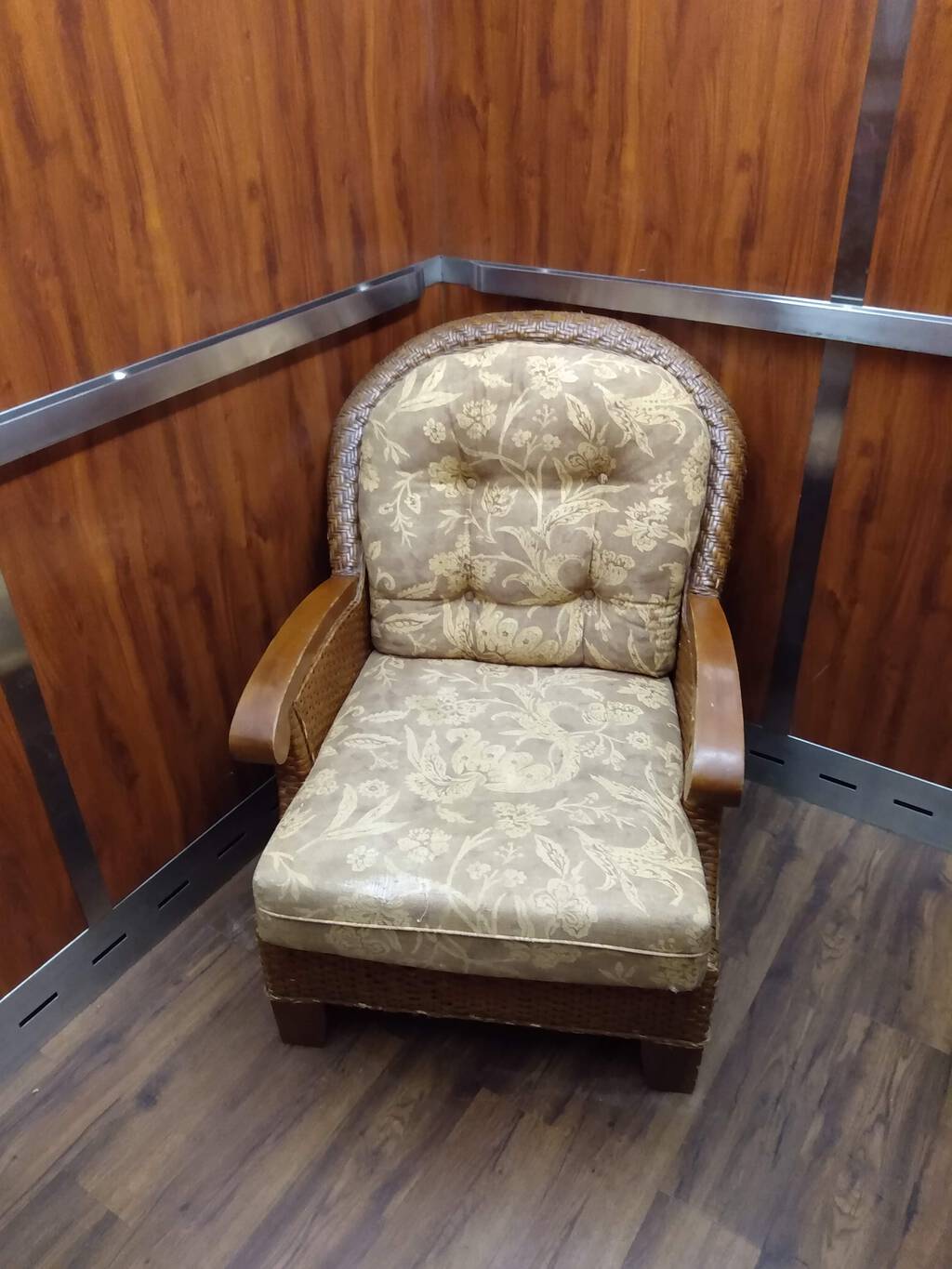 Back to Sherwood for more.

My next round was along Kensington Road from the 1911 Jail out to the Belvedere Golf Club.

I helped a man load a heavy set of flat-pack furniture into his office.

I discovered streets that I had no idea existed.

I found one short street in Parkdale where almost every single house was identified as “Strong Green.” 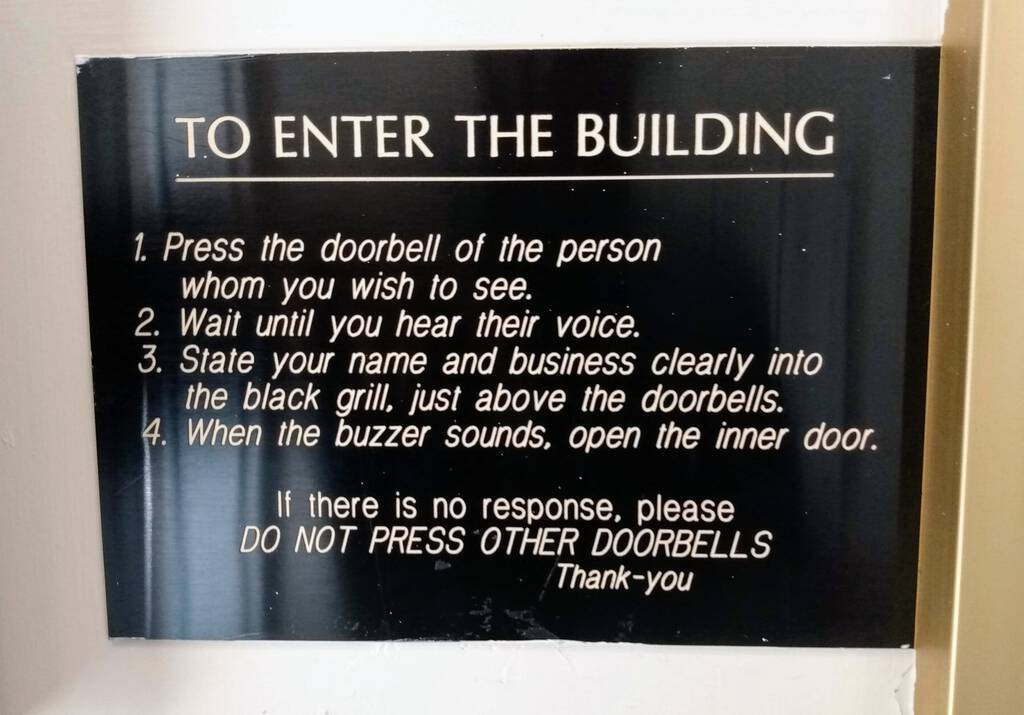 Back to the office. One more round, this time the area north of Holland College into Parkdale: Edward, Esher, Fitzroy, Belmont, Spring, Second, Park, Pleasant.

On Pleasant Street, which is only 150 metres long, I managed to lose my car. Then, after a minute, I found it.

I tried to find addresses on Walthen Drive that, perplexingly, did not exist. I realized that I was canvassing Walthen Drive using street numbers for Hensley Street. In there somewhere I canvassed the right number on the wrong street, addressed the person who answered the door by the (presumably wrong) name, and was assured that the Greens had her support.

I encountered one woman who said simply “I don’t vote.” I had no comeback for that.

At another door, a solid Green supporter who didn’t know whether he’d have time to make it to the polls. I made sure he got a callback before the deadline. I hope he voted.

At 7:30 p.m. I realized that I couldn’t go on any longer: my mind and body were at their end, and I was scheduled to scrutineer the vote count at 8:15 p.m. I made a final trip to Sherwood, dropped off my supplies, grabbed a slice of pizza, and drove home.

After a quick sit-down at home, I headed next door to the Murphy Community Centre for my last task of the night.

Despite my years of working in election administration, I’d heretofore never seen a ballot box being emptied of ballots and counted, so, beyond any duty to democracy and the Green Party, I was also following my curiosity. And it was fascinating.

But, before the poll even closed and the count commenced, there was one final adventure: an elector arrived at the poll only to find that they were in the wrong place. They were supposed to vote across town. But they had no way of getting there in time on their own. Elections officials were confounded as to what to do, and looked over at we scrutineers–there was only me, for the Greens, and a couple from another party. When the other party demurred, I received assurances that I could re-enter the poll if I stepped out to see what I could do. I phoned HQ and asked if there was anyone who could rush down and drive; none other than (Green MLA) Hannah Bell, champion of democracy, stepped into the fray. She was at the front door in record time. I haven’t heard yet as to whether the elector got to the other poll in time to vote, but I hope they did. Just got word that they got to the proper poll by 8:30 p.m., and voted!

At exactly 8:30 p.m. the doors were locked and I watched the poll clerks and deputy returning officers go through the systematic process of shutting down the vote, carefully labeling and sealing many envelopes, tallying the total ballots cast and the total ballots remaining and, finally, unsealing the ballot boxes and counting the votes.

What a thing to watch!

Each ballot was pulled out of the ballot box, the marked candidate’s name read, and then the ballot was shown to all-observing and we each marked a tally sheet to keep the count.

Every time a candidate’s total reached another multiple of five, someone would say “tally,” and we’d all double-check and confirm. It was both a humbling direct line to democracy and the closest to full-on-tenterhooks that I’d ever experienced.

In the final count, for the two polls that I was observing, Darcie won poll 53 and placed a respectable second in poll 54.

We observers received a copy of the Statement of the Vote and then, around 9:30 p.m., left with thanks.

I dropped home to pick up Oliver and we walked to the Haviland Club for the Green celebrations. 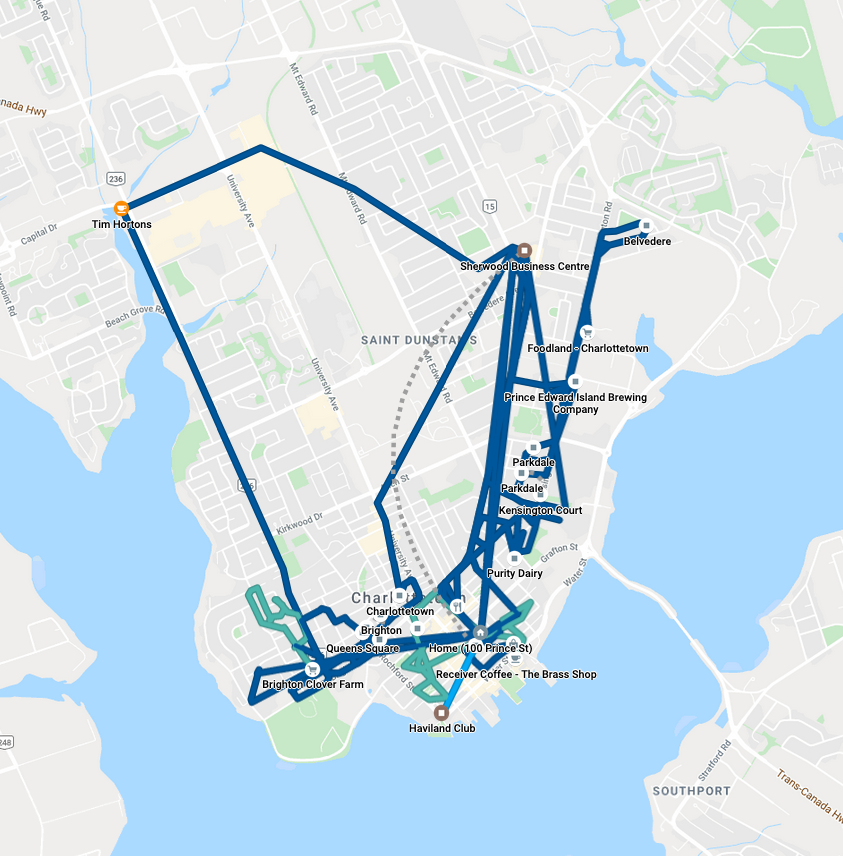 Sounds like I wonderful day. I did similar work in 2004 for the NDP in Calgary during Jack Layton’s first election as leader. It was an exhausting, exhilarating day that I will never forget.