Sixty-five years ago this month Prince Edward Island played host to Princess Elizabeth and the Duke of Edinburgh, a visit celebrated on the front page of The Guardian: 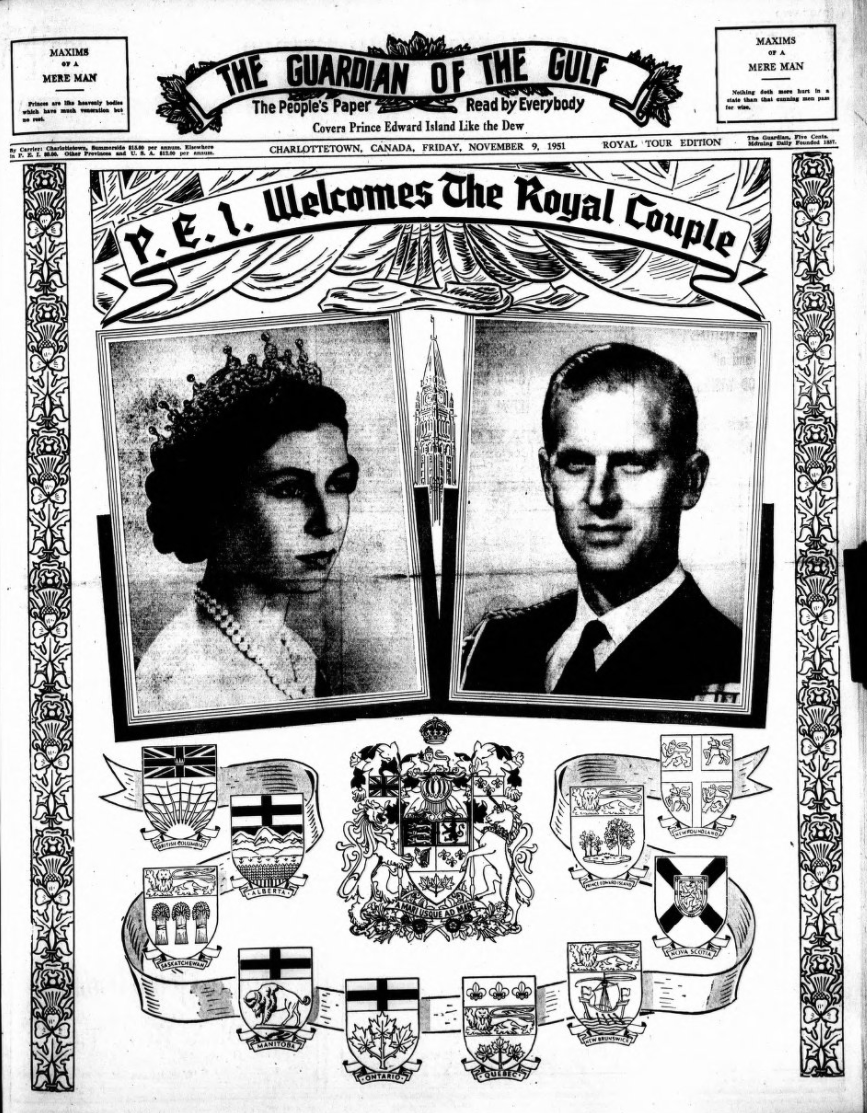 The route they followed in Charlottetown was described by this map in the paper: 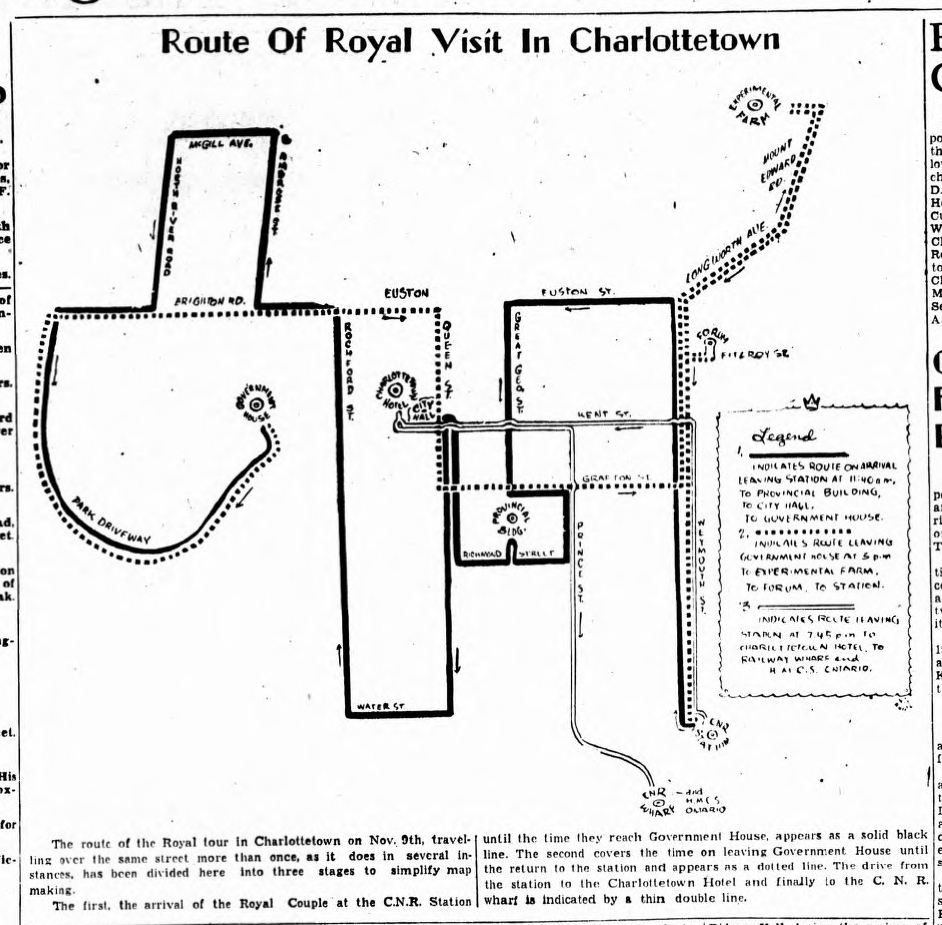 Their program of activities was reported as follows:

For those of you watching the excellent Netflix series The Crown, this visit came only four months before the death of Elizabeth’s father King George VI and her becoming to Queen; this trip was part of a longer world tour that she took on behalf of her father. Her visit to Prince Edward Island was preceded by a visit to the United States and a meeting with President Truman.

My grandfather was Ministry of Industry and Natrual Resources in 1951 when this visit took place (http://www.peildo.ca/fedora/repository/leg:25506). I remember a photograph of he and my grandmother with the Royal Couple that I believe was taken at the Dominion Experimental Station (as I understand it, he gave them the tour).