The building at the north-west corner of University and Kent in downtown Charlottetown has been empty for as long as I can remember. When we first moved here, 20 years ago, it was home to both CFCY and Sam the Record Man, and as such a sort of musical nexus; since they both moved out it’s been getting evermore eyesore every year. Reports are that the inside is even worse.

But this week, all of a sudden, the modern exterior – plaster and aluminum siding – is being peeled off and the old brick facing revealed. It’s in sorry shape – missing bricks, missing windows, painted white – but perhaps it will rise again as a grand old building? 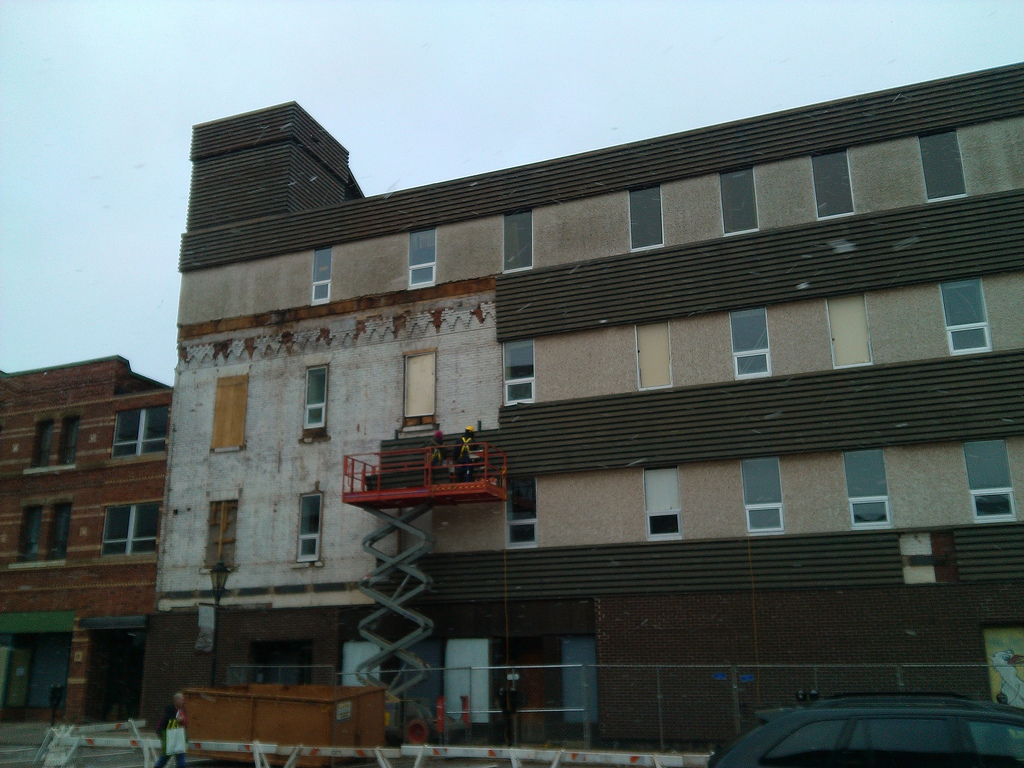 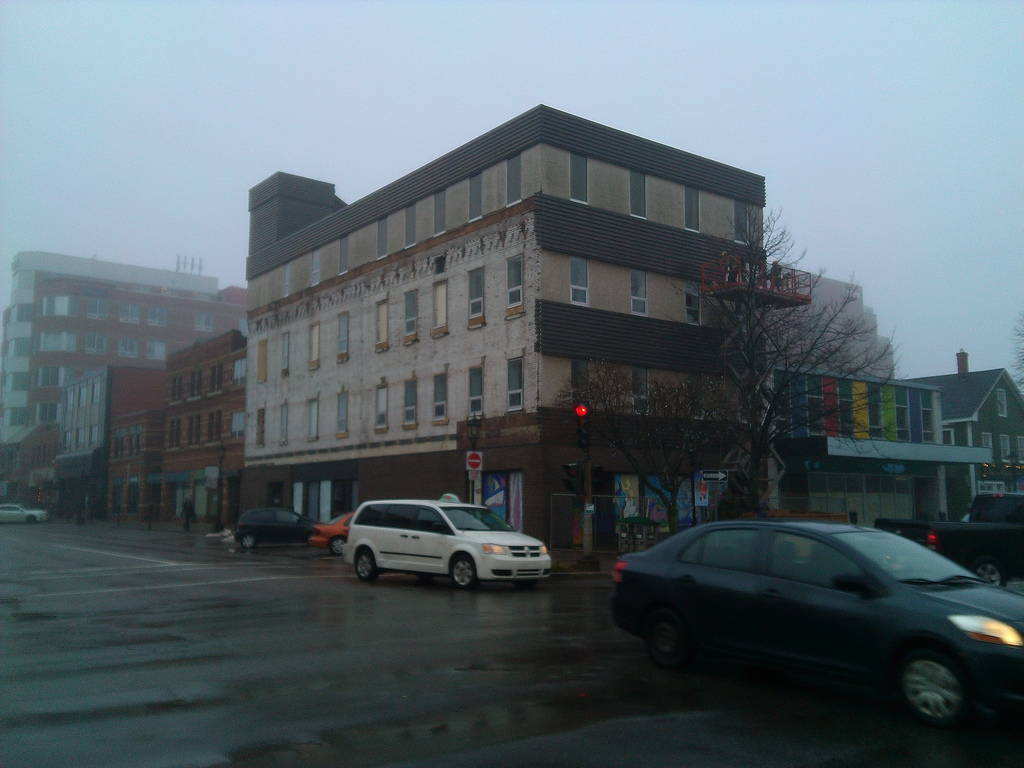 So glad to see this happening. I have always been annoyed by that building — and the one across the street that’s just as bad — smack in the middle of a busy intersection, but abandoned and sad. Hopefully they give it a nice facelift and find some quality new tenants!

Great to see some action on this corner finally. Once a really beautiful building — it was home to W E Dawson’s hardware store (not to be confused with W B Dawson, the tanner). There is a great picture/history of the building here. http://www.city.charlottetown….

Hopefully the owners won’t think this gives them licence to ask for even higher rent… I have a recollection of hearing they wanted 3000+ per month for the bottom floor (in the state it was in).

I recall an early hour walk on Kent Street about two years ago. It was just before dawn and an adult skunk was making its way into a hole that seemed to lead into the basement of the former record store. One man’s eyesore is another creature’s habitat.

Wonder if they have tenants or are they forced into fixing it up as it is an eyesore and has been for as long I remember… Should be made into low income housing for seniors.. with a farmers market on the main floor..

This Building would make a nice Museum…….

With the 2014 celebrations coming up, I’d like to think someone at City Hall is encouraging property local slumlords to clean up their scummy downtown properties.

I literally grew up in this building and have spent countless hours in the offices and halls at 141 Kent. It has been vacant since 2000 when CFCY and CHLQ moved to 5 Prince Street. I greatly miss this building and hope it gets some much needed maintenance from the Tweel family.