Our dear friends Olle and Luisa have been staying with us for the last week – they just headed off in their sexy Fiat 500L for points farther east – and we used the occasion of their visit to hold the first bona fide party we’ve ever held at 100 Prince Street (indeed, perhaps the first party Catherine and I have ever held).

This is not to say that we’ve not held partyesque events before. There have been birthday parties. And the famed Oliver Oliver party. And even a couple of dinner parties. But this was the first summer backyard party with a guest list tipping over 40 people and the first party that included a smattering of people who we only barely know (and thus it was also a sort of social recruitment drive). 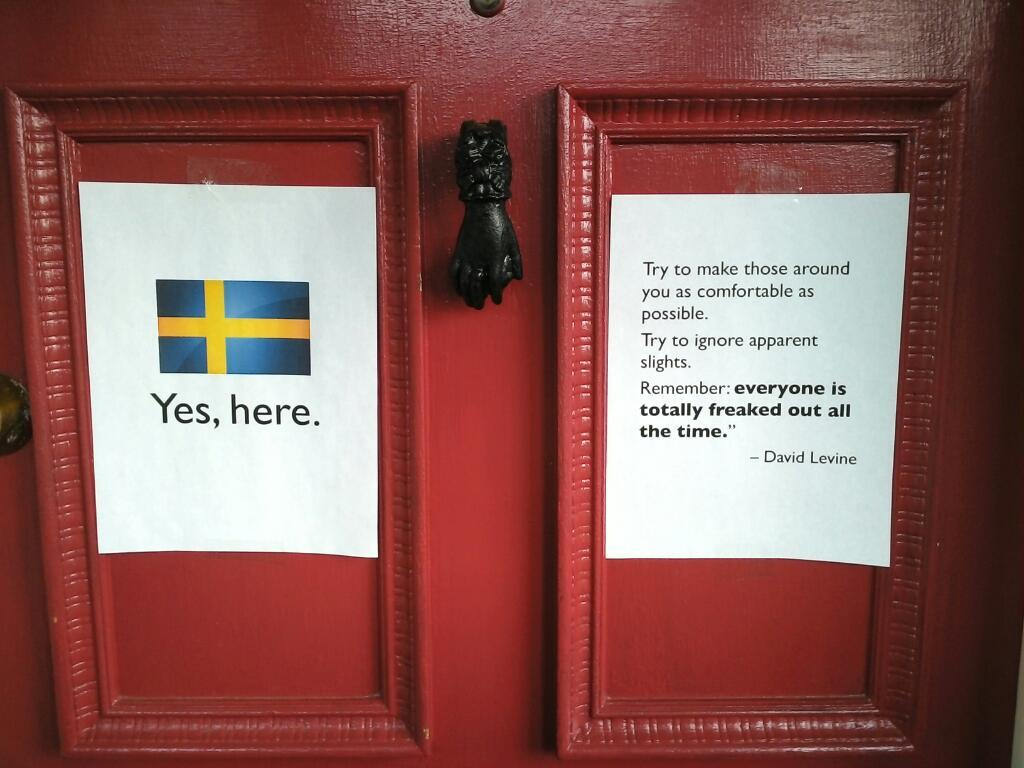 You might think that holding a party with 4 hosts might be chaotic, but somehow it worked out. I was responsible for invitations and guest liaison, for signage, and for positioning the chairs and impromptu cinder block tables. Catherine and Luisa and Olle did everything else, which included preparing mountains of food (including a tasty eggplant-based fake pickled herring), concocting a crackjack rum punch and arranging meta-layout for the party’s geography.

Writing this now I realize that I essentially did nothing, and they did everything.

Which is not entirely true, as being responsible for the guest list apportioned to me the responsibility for curating the social mix.

Which you would think I would be no good at, being a recluse and all.

But, somehow, it all worked out.

Which is the first of the remarkable aspects of the party.

The second is that it was rollicking good fun holding a party.

Which I didn’t anticipate at all.

What I didn’t anticipate is that when the guest list reaches a certain size, the party both takes on a life of its own, and frees the host from the responsibility of managing it, at least after everyone has a drink in their hands.

Part of my reclusive tendencies extend from the panic I feel when trapped in a large social group without any clear rules and regulations: I have a very strong flight response, which I either follow, or use up all my energy trying to tamp down.

As co-host, I simply needed to redirect my energies to offering pie or mineral water or a glass of rum punch.

Which is pretty much as good as it gets, I think. 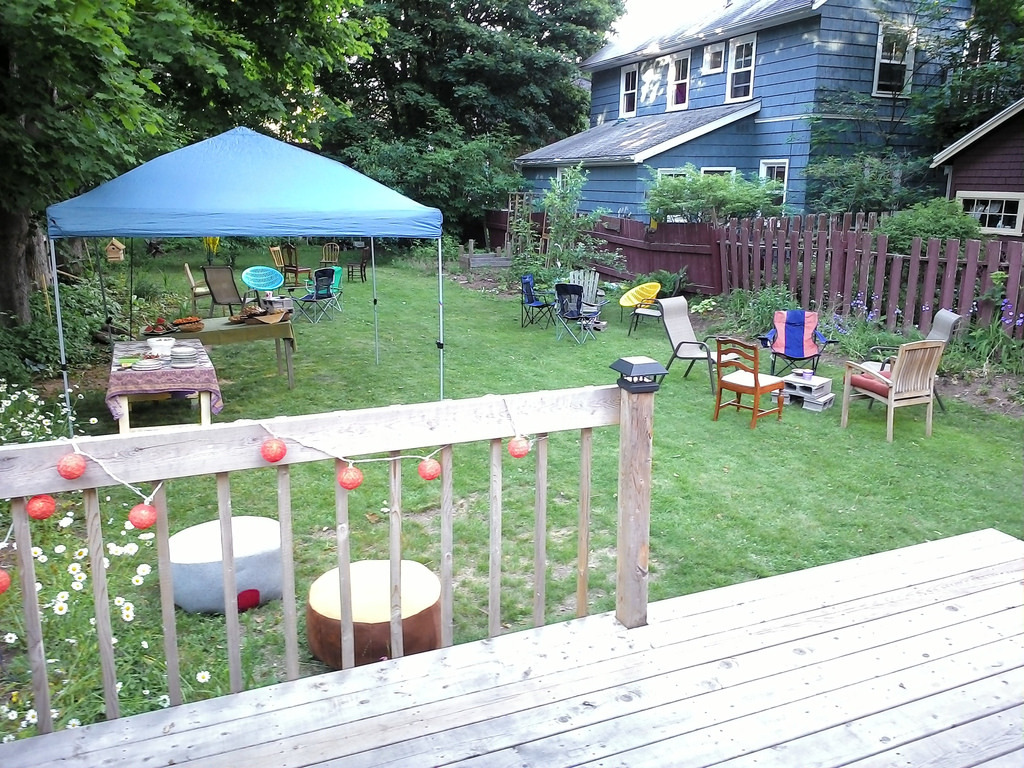 As we’re likely to do it all again before another 23 years has passed, here are some notes to myself (and, perhaps, to other backyard party neophytes):

The third remarkable aspect of the party was that a lot of the people we invited had never met, which is something that, in a Lois Weisbergian sense, was enormously satisfying. It’s easy to feel, coming later in life to Prince Edward Island, that everyone met in kindergarten. Apparently this isn’t true, and so I had the pleasure of introducing friends new and old to each other and, I hope, therein cementing new connections in the Island fabric.

For those of you left off the guest list for this round: nothing personal. I’m a newbie at social curating and starting from the assumption that I may have no friends at all, everything was a lark. Next time I’ll do better.