When we spoke last on Tuesday I was just back from an afternoon of rail-bicycling, a trip facilitated by the lend of our friend Morgan’s Saab.

On Wednesday morning Oliver and Catherine were due in Odense, two hours and a bit to the west of Malmö, to visit our friend Signe and her dog Sally (Signe and Sally spent the last 5 years in Charlottetown and just returned home to Denmark this summer). With Morgan’s car still in hand I dropped them off at Malmö Central Station around 9:00 a.m. and then headed to the nearest gas station with a car wash to polish and gas up the car before returning it to Morgan’s garage.

I almost made it: as I was turning left into the Statoil gas station the car completely lost power: no engine, no power steering, no power brakes. Fortunately I had enough momentum to glide across the street and down into the Statoil parking lot, narrowly missing an opportunity to cut off the neighbouring McDonalds’ drive-thru entrance.

The car was dead: it would turn over, but no start. And there was a big red exclamation point inside a triangle on the dash. 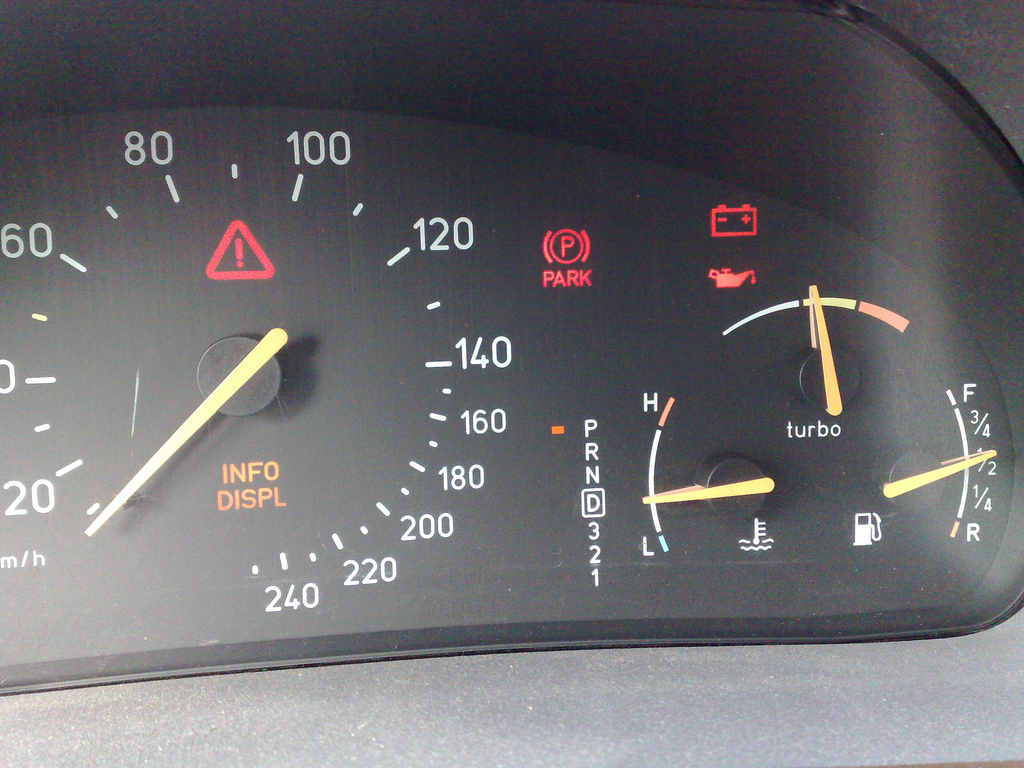 Before calling Morgan I did some Googling for help and found a lot of it – apparently Saabs don’t start quite regularly – but none of it helpful enough to get me back on the road.

So I called Morgan, and we launched into an hour long SMS-and-phone-call mediated joint research mission that took me through pouring water on the transmission (my idea; suggested on the web as a possible way of unsticking the “crank position sensor”), filling up the windshield-washer fluid (to clear this item from the warnings log on the dash and possibly uncovering the more dire warnings hidden underneath), and just waiting for a while to see if cooling down helped.

None of this worked.

So Morgan, fortunately close by, walked on over for some on-site help.

And then the garbage truck arrived. It seems that I was parked in front of a no-parking sign on the front of the fence around the gas station’s dumpster. And the garbage truck needed to empty the dumpster. I flung my hands up in despair, and agreed to try to push the car out of the way.

And then Morgan arrived. Which was good, because there was no way I was going to push and steer that car by myself.

So I steered, Morgan pushed, and we got the car out of the way.

After a little bit more trial and error Morgan resolved that the solution was out of our reach, and put in an email to his mechanic. And we retired back to Morgan’s place for some coffee and conversation.

If you’re going to blow up somebody’s car, Morgan turns out to be a pretty good candidate: we had a nice afternoon of coffee, more coffee and then lunch, and appeared to both be able to look upon the incident as a Great Adventure.

The car is, last I heard, in the arms of BilPartner, with a tentative diagnosis of fuel pump-failure.

Sometimes people forget to change their fuel filter leading to clogged filter over time which makes the fuel pump work harder. If you do not remember ever changing your fuel filter you may need to have that done soon!

Kind words, but am not sure actually recommending that I become the one whose car gets blown up i such a hot idea

10 years of this problem next week on Tuesday.