When I was 12 years old my parents took me to see Pierre Trudeau speak in a high school gymnasium in Hamilton; tonight, 33 years later, I took Oliver to see Justin Trudeau speak here at The Guild.

We watched the speech from the balcony beside my office — the better to avoid the claustrophic partisan crowd below — and when the time for Q&A arrived, Oliver put up his hand. He couldn’t be seen, though, and question time quickly came and went.

I asked Oliver if he wanted to go downstairs and ask Trudeau his question directly and he said yes; so off he headed, bravely, by himself, wading through the teaming crowds, sneaking over chairs, saying “excuse me” to everyone in his way, to the front of the room where Trudeau was holding court. At the front of the room he waited his turn until he caught Trudeau’s eye. 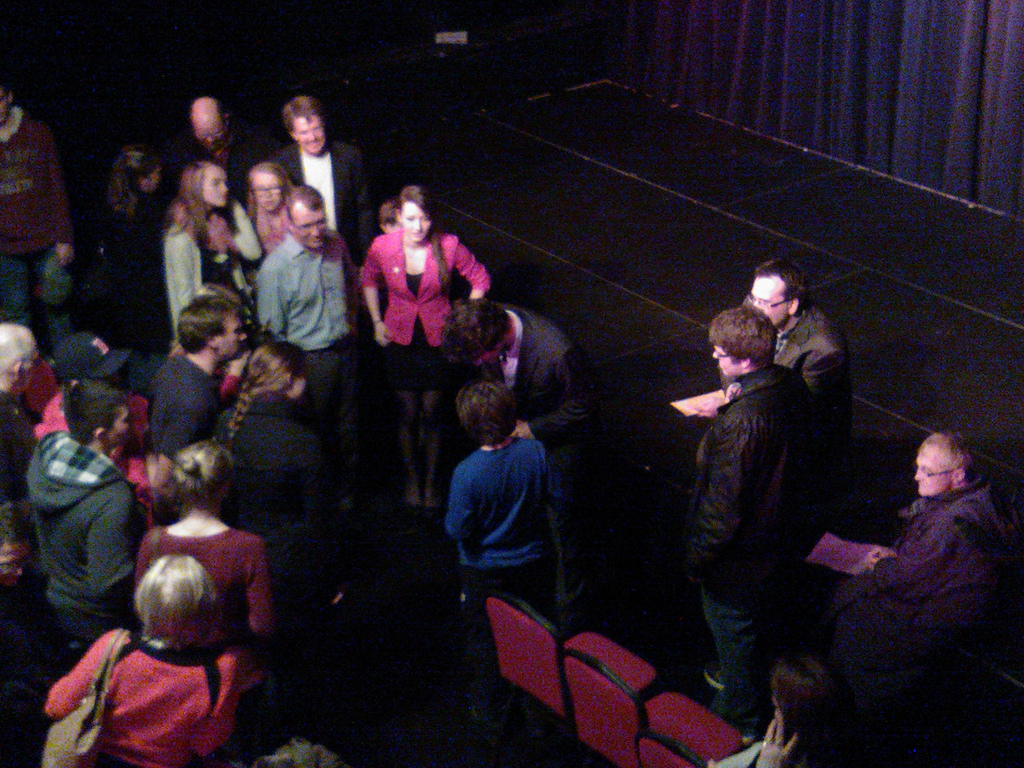 Oliver’s question? “Do you do what Pierre Trudeau did?”

And Justin’s answer (to paraphrase Oliver’s report): “No, because that was in the past, with a past situation, and this is in the future.” He told Oliver that his father was important to him, though.

I’m so proud of Oliver for bravely overcoming his fear of crowds and making his voice heard.

That is an important and big step for your son. I met Trudeau at 13 in ‘67. He shook my hand and it was like meeting a rock star. I didn’t want to wash my hand. Crazy, eh.

It was a good answer to that question, too…