I’m pretty sure that I came to the music of Ólafur Arnalds through Sigur Rós, the gateway drug for Icelandic music (I came to Sigur Rós on an Icelandair flight; I fell asleep listening to their music and when I woke up I was a diehard fan).

Even thought Arnalds’ music has been in regular rotation on my iTunes (and as my mobile phone ringtone), I knew little about him other than his Icelandicism, and so when I saw a notice in Tip Berlin that he was playing this week here in Berlin, the fates seemed to be organizing me to see him live. With a little bit of web jujutsu I was the owner of a ticket for Monday’s show (the “official” ticket site was closed to orders and I ended up at HekTicket, where I got a ticket cheaper and more easily that I would have otherwise).

In my enthusiasm I tweeted:

A little while longer came an unexpected reply:

Which, of course, led me to this description of the solo tour, which says, in part:

Each night Ólafur will be taking these small audiences on a journey around his creative world. While explaining the details and techniques of the creative process, he will also be actively involving them in the dynamic decisions related to each composition. Alongside a continuous dialogue with the audience, there will also be an attempt to include them in the composition. People will be asked to clap their hands and stomp their feet while Ólafur records these sounds as an ingredient for loops and beats. Likewise they will be invited to sing like a choir and have their voices electronically manipulated into the composition and thereby fabricating a unique collaboration between artist and audience.

Rather than being disheartened – who can be disheartened by the lack of music you’re only peripherally aware of anyway! – I was excited by the prospect of seeing music not only played live, but also made live.

And so I found myself in the Roter Salon on Rosa-Luxemburg-Platz at 9:00 p.m. on Monday night with a crowd that included, it seemed, everyone from patches-on-elbows professor types to earring-lipped young rockers. It could have been a Joni Mitchell concert except there was more beer and everyone was much better behaved. The Roter Salon – “the red salon” – is, indeed, very roter: 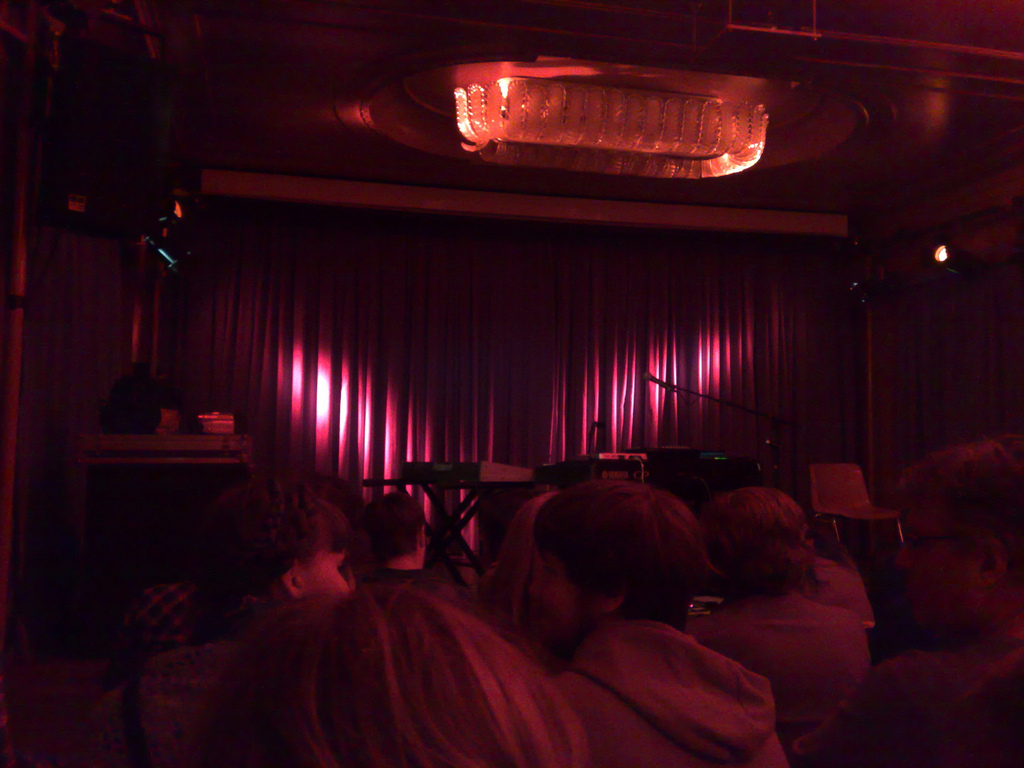 About 9:20 p.m. Arnalds took the stage and the festivities began.

Is there any sweeter music to the conversational ears than that of native Icelandic speakers speaking English? It’s like taking a North American English speaker and applying equal amounts of capers and molasses to the vocal chords: the result is reedy, sweet and minimalistically musical. And we audience got much opportunity to hear it, as Arnalds really did provide a “continuous dialogue with the audience,” full of wit and music wisdom.

The conceit, if you didn’t catch it above, was that Arnalds was to perform a concert of songs composed on the spot based on a day’s worth (or perhaps a lifetime’s worth?) of pondering. To carry out this mission he equipped himself with an array of musical gizmology, ranging from a Mac laptop to a Roland keyboard; indeed step one for the night was a walk-through of what each device did. Here’s what it all looked like: 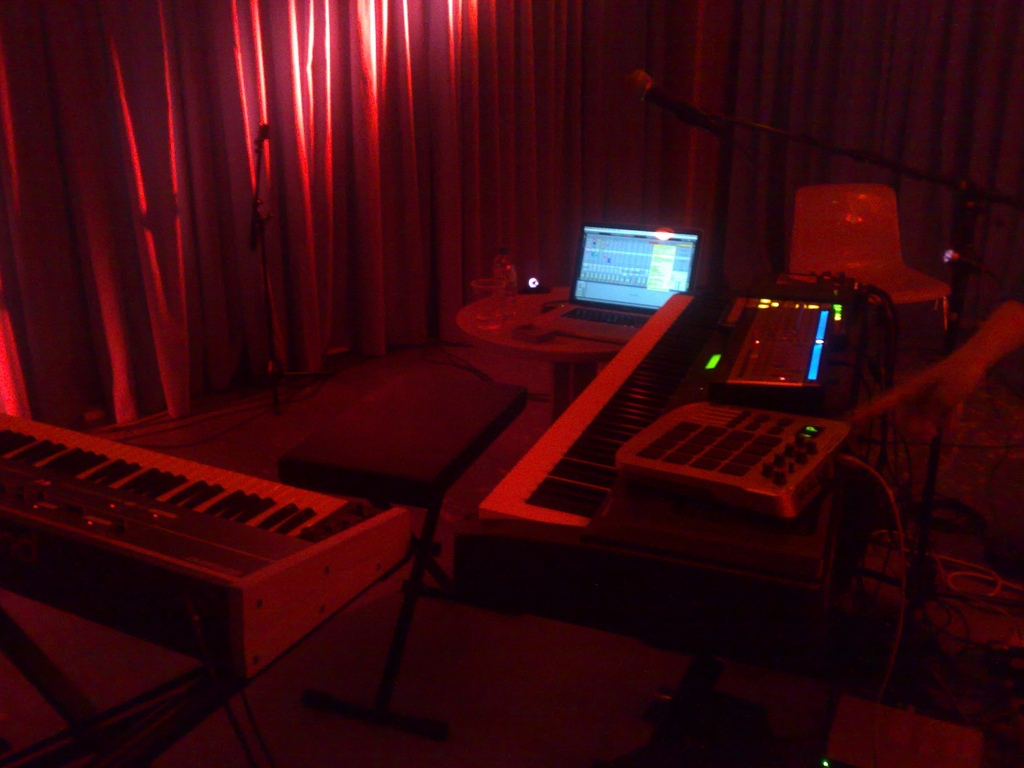 And then began the music.

I’m not enough of a musician nor enough of a student of music to put a finger of what you call Ólafur Arnalds’ music – in SoundCloud it’s tagged everything from “classical,” “post-classical,” and “neo-classical” to “pop.” He said, partway through the night, that he had recently realized that he “makes sad music for a living,” and there is no doubt that several of the pieces he composed an played on Monday were capable of bringing tears to your eyes.

But it’s not sad in a New Orleans kind of way, it’s sad in a way that is, well, hopeful. Here, have a listen for a second: Lynn’s Theme, Hægt, kemur ljósið.

To watch Arnalds do what he does close up – one of the benefits of going solo to a concert is that you can cherry pick a single seat right up at the wrong – was priceless: I’m as much of a techno-skeptic as the next guy, and I’ve always had my doubts about whether music made of bits is really as musical as that made the old analog way (this coming from the guy who accompanied his high school band’s performance of the main title to Chariots of Fire on a Commodore 64).

But watching Arnalds all that skepticism melted away; indeed it was hard to tell, most of the time, where he ended and the technology began.  It was like watching – and I mean this only in the most positive way – a member of the Borg make music: man wedded to machine. That guy was inside that gear.

What resulted was the most transcendent, beautiful music. That it was being “made up on the spot” made it ever more so.

And so went the evening: some music, some stage patter, a guest appearance by the cellist Anne Müller (who plays a mean cello), some more patter, some more music. For an encore – for which there was an enthusiastic call from the audience – Arnalds played one more improvised composition followed by Erla’s Waltz from his 2009 album Found Songs (itself another feat of songwriting, in that case one-song-a-day for seven days).

And my ringtone? Well, as it turns out, he did play it, perhaps unaware that he was fulfilling my original tweet: 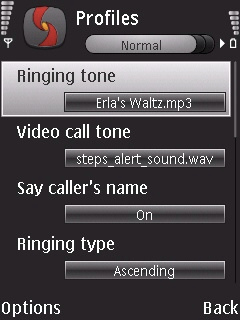 I just was offered up a video shot the next night, featuring Nils Frahm. Equally wonderful. And scarily prescient of YouTube.