This past weekend was the 2020 edition of the Cloggeroo folk festival in Georgetown, an event that Oliver’s attended almost since it was founded; indeed, it was among his first nights away from home without us when he spent the Cloggeroo weekend camping with Derrick in 2015.

Except that this weekend wasn’t the 2020 edition of Cloggeroo, as, due COVID-19, Cloggeroo was cancelled this year.

This cancellation wasn’t enough to deflate Oliver, however: he insisted we carry on with the standard Cloggeroo operating template, without the folk music parts. He did this with his typical deft crafting of a series of suggestions that ultimately led me to arrange this without his coming right out and stating his case.

And so I booked us two nights at Deroma Waterfront Cottages in Georgetown Royalty, and our visit east coincided with the start and end of the non-Cloggeroo.

I’d been part of the Cloggeroo weekend myself before: in 2017, absent other support, I was Oliver’s assistant photographer, but we returned to town every night that year, and I’d never had the full-on nights-on-the-Brudenell experience.

Deroma turns out to be an entirely pleasant riverside cottage resort with the kinds of cottages that you might remember from childhood vacations in the 1970s: not architectural masterpieces, but solidly-built, spotlessly clean, well-equipped cottages generously spaced over a nicely treed lot. There was a badminton court, a volleyball court, a basketball court, kayaks for the borrowing, fire pits on the beach, and warm(ish) water to swim in. 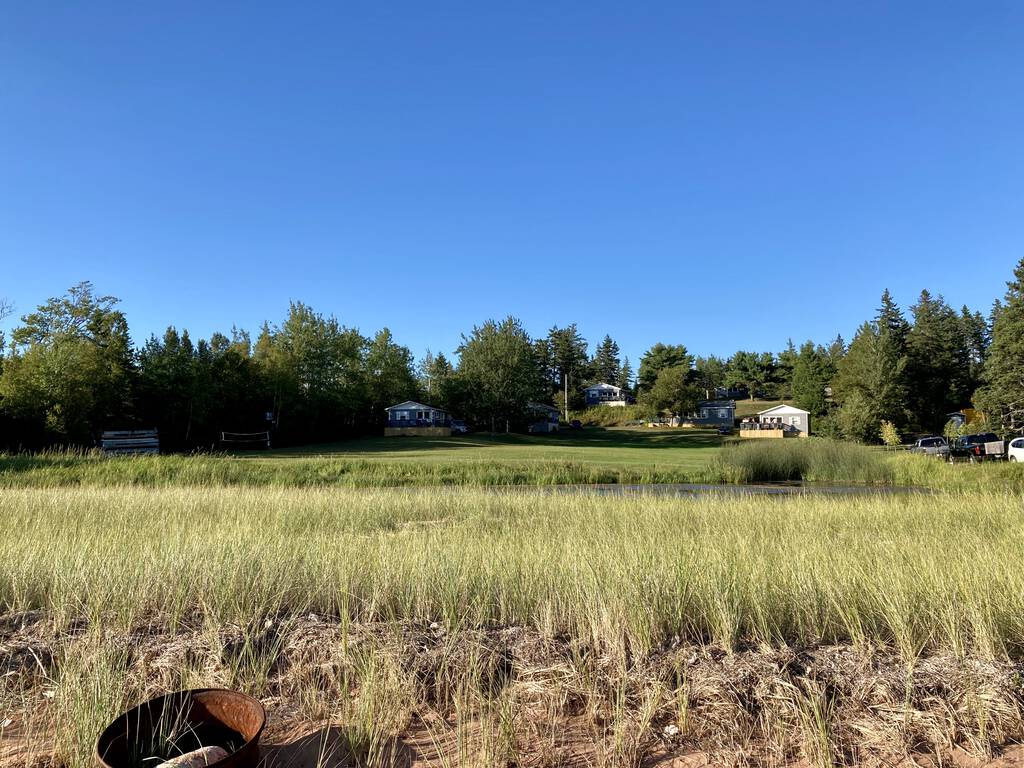 Without The Rubber Boot Band to entertain us, we made our own fun.

On Friday night we grilled (veggie) burgers on the barbecue on the deck (which I managed to do without blowing the place up; fire-affairs was always Catherine’s department), went for a walk on the beach, and the went into Georgetown to do our regular Family Zoom from the beach in Georgetown (thus achieving a kind of Cloggeroo-simulacrum).

On Saturday we had smoked salmon bagels for breakfast (some habits cannot be broken, no matter the location), went in search of Poxy Island (yes, there is an island called Poxy Island, named because it was a place for smallpox quarantine; we failed in making our way there, but did have an angry owner of a highfalutin cottage shake his fist at us for trying), walked up the road to visit our friend Ray (and then walked back down to the cottage along the shore at low tide), made an attempt to participate in Pen Night despite the very shaky wifi, and enjoyed a spectacular sunset back at Ray’s afterwards. 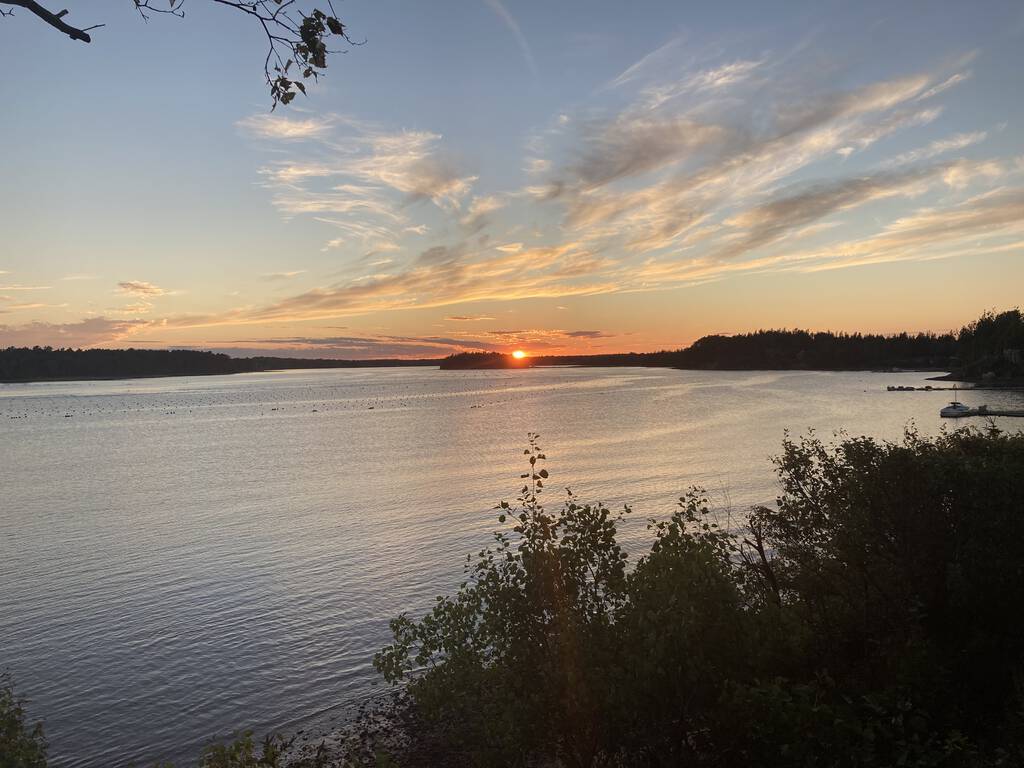 Sunday morning we woke up, had (store-bought) waffles for breakfast, packed up our gear, and checked out, happy to have had a short break from town. We stopped to top-up the EV in Montague, had tacos at the newly-opened Totally Taco for lunch, and were home mid-afternoon.

Postscript: Oliver prepared four Spotify playlists to go with each of the days:

These playlists correspond to what would have been the four chunks of Cloggeroo, had it happened.